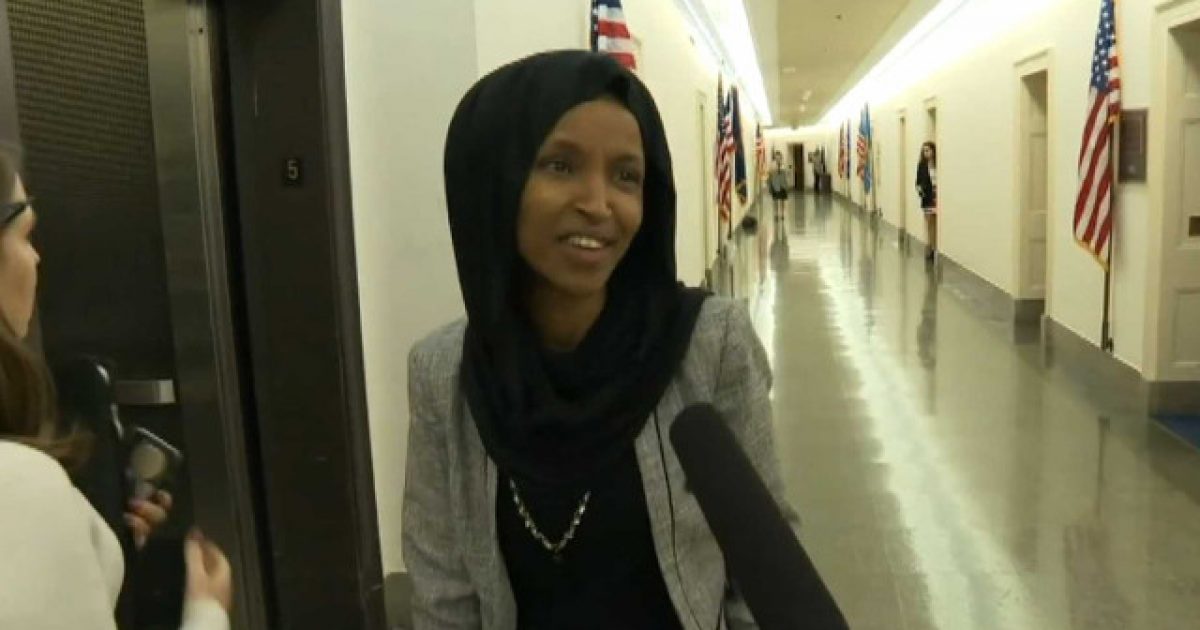 The now infamous Rep. Ilhan Omar, the congresswoman who can’t seem to help herself from making insanely anti-Semitic remarks about Jewish people and Israel, has come out swinging for the fences against President Trump, saying he’s not human.

This is rich coming from someone who seems to loathe an entire people group based on their ethnicity and religion.

Fox News’ Guerin Hays asked Omar, who has been engulfed in an anti-Semitism scandal, about an interview she gave to Politico last week where she attacked former President Barack Obama and suggested that he was a murderer.

Omar came out after the interview was published and claimed that Politico was lying about the interview and that she did not make those comments. Omar tweeted an audio clip of that segment of the interview that she thought exonerated her but it ended up proving that she did say it. After being mocked online she deleted the tweet.

“Can you set the record straight when it comes to the Politico interview,” Hays politely asked.

“Do you think that Trump and Obama are the same, just different when it comes to their policies? Hays again politely asked.

“We understand that you refute this Politico story, could you just set the record straight so we can get your side of it?” Hays continued to politely ask.

“Do you think President Obama is the same as President Trump?” Hays asked.

“Absolutely not,” Omar snapped. “That is silly to even think and equate the two.”

“One is human, the other is not,” Omar continued.

Omar: “Absolutely not. … One is human the other is not”

Omar’s dehumanizing remarks come after she was slammed last week for anti-Semitism pic.twitter.com/zFvi4KoicY

Again, when you’re a hateful anti-Semite you don’t get to call another person a non-human being. It doesn’t work that way. Not at all.

Just take a look at some of the hateful garbage this woman has promoted against Jewish folk:

In 2012, Omar promoted an anti-Semitic conspiracy theory used by Nazi Germany, tweeting: “Israel has hypnotized the world, may Allah awaken the people and help them see the evil doings of Israel.”

Omar defended her tweet multiple times on CNN, saying that she did not know how Jewish Americans would find her statements to be offensive.

“I wonder what your message is this morning … to Jewish Americans who find that deeply offensive?” CNN’s Poppy Harlow asked Omar in January.

Omar did not respond kindly to the question, saying, “Oh, that’s a really regrettable way of expressing that.”

“Um, I, I, don’t know how my comments would be offensive to Jewish Americans,” Omar continued.

That kind of treatment of folks is what’s not human. President Trump, while a deeply flawed human being, is not hateful despite people like Omar trying to make him out to be the worst thing in history since the Black Plague.

The bottom line is, if you’re a person filled with hate, it’s probably not a great idea to accuse someone else of not being human.