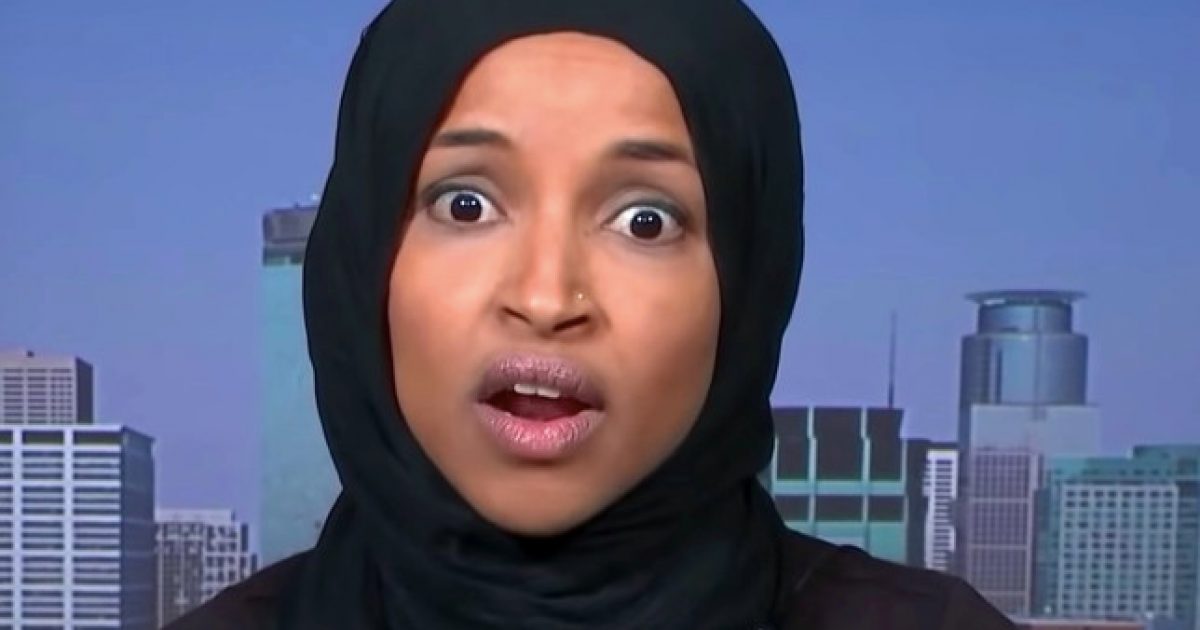 After a long series of controversial and deeply anti-Semitic comments and statements from Rep. Ilhan Omar, it seems the Democratic Party, or more specifically, some of it’s members, are ready to give her the boot and try limiting the damage she’s done to their party and it’s chances of taking back the White House next year.

Omar has managed to accomplish all of this while only being in office for two months. That really takes talent.

So what’s the left’s strategy for damage control with Omar? Pushing her out of her seat in Congress.

“There’s definitely talk about people wanting someone to run against her,” he added.

While the comments that Omar have made are horrific on just about every level, there’s no doubt that conservatives have benefitted from the gaffes she’s tossed out like sweet, sweet candy. For one, the right has been claiming for years that Democrats are the party of hate, hiding their history of racism and anti-Semitism beneath a false veneer of tolerance.

Omar has taken great strides in proving that very point to be true, validating much of the criticism the right has launched against the progressive movement from the beginning.

Not long after Omar’s comments started piling up, a resolution was introduced in Congress to condemn anti-Semitic statements, but many Democrats voted against it, again revealing where they truly stand with the Jewish community.

It’s highly unlikely anyone would shed any tears over seeing Omar ousted from her seat next year, so if that does happen, no love lost here. However, it is highly entertaining watching the Democratic Party be exposed and implode.