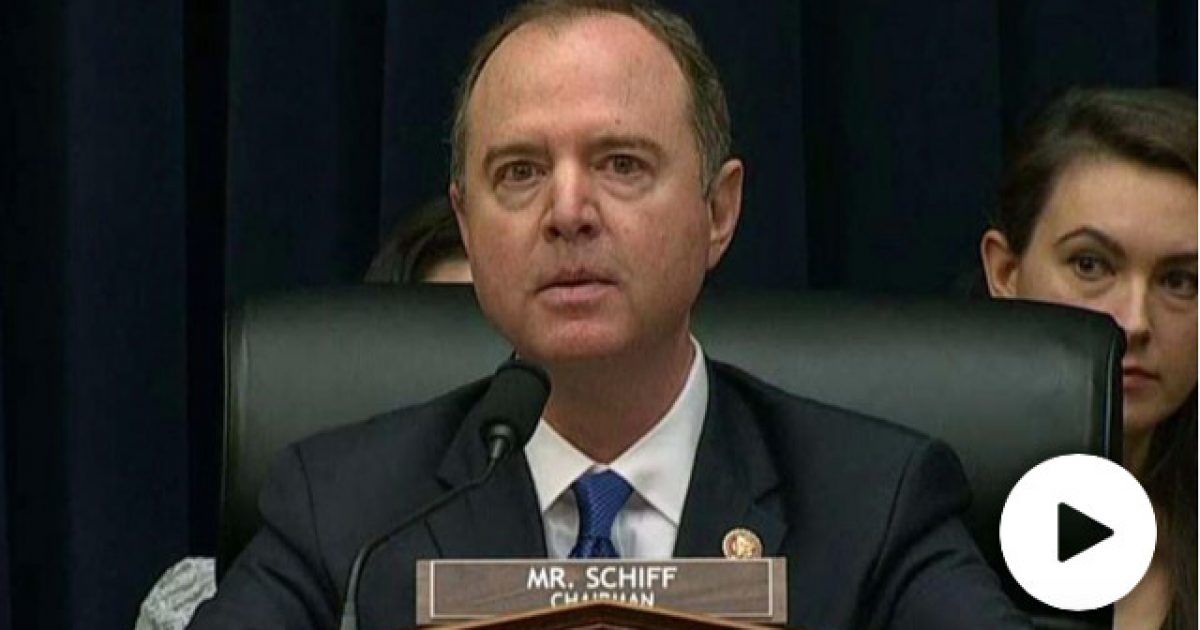 So it’s not looking like a good day for House Intelligence Committee Chairman Adam Schiff, as every single member of the GOP on the committee is demanding he step down immediately after the California Democrat claimed repeatedly to have evidence of Trump-Russia collusion.

Guess Schiff’s going to either have to produce that evidence or admit that he’s a liar. Neither of these options really bode well for him and his political future.

The committee members penned a letter that was obtained by Fox News demanding he step down, a request they repeated at a fiery hearing held Thursday morning.

GOP Letter to Schiff by on Scribd

“He’s made some pretty outrageous comments that Mueller could not verify, Graham said. “He’s getting into conspiracy land and he’s acting like an Oliver Stone type figure. That to me is not helpful to him but I’m not going to ask him to resign for Congress.”

“Undoubtedly, there is collusion,” Schiff told The Washington Post after Attorney General William Barr’s four-page summary of Mueller’s investigation was released Sunday. He told the paper that the question of whether Trump or the people around him were compromised by a hostile foreign power was not in any part of Mueller’s report.

Schiff’s attempt to defend himself during the hearing on Thursday included his pointing to the evidence of Russian hacking during the 2016 presidential election. You know, the bit about Russian operatives offering some dirt up on Hillary Clinton to members of Trump’s campaign and the fact Trump’s family members took meetings with Russians.

No matter how you slice the pie, if Schiff doesn’t have additional evidence and claimed he did, he lied and that makes him unfit for the job that he currently holds on the committee. This isn’t a super hard ethical decision to make.

Perhaps the lesson Schiff should learn here is to not let his hatred for another human being, especially the president, cause him to flap his gums claiming to have evidence that he doesn’t really possess.