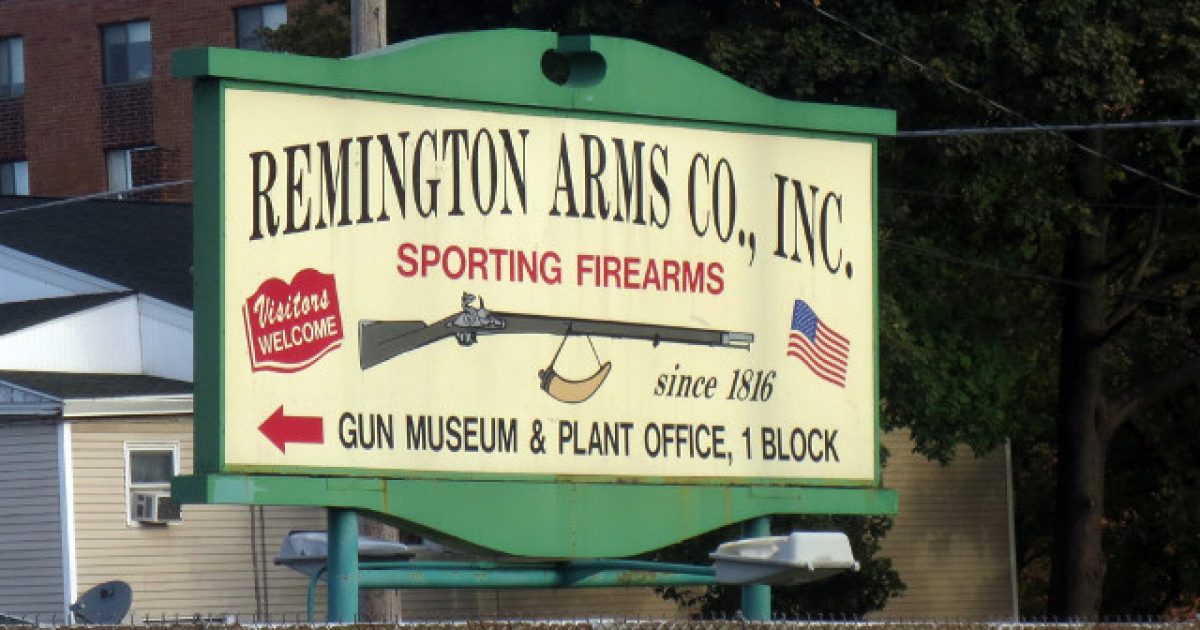 Popular gun maker Remington has taken a huge hit, after a Connecticut court has ruled that the company can be sued for how it marketed the rifle that was used in the gruesome murder of 20 children and six teachers at the infamous Sandy Hook School Shooting back in 2012.

The decision came from the Connecticut Supreme Court on Thursday.

In a 4-3 decision, justices reinstated a wrongful death lawsuit against Remington and overturned the ruling of a lower court judge, who said the entire lawsuit was prohibited by the 2005 federal law. The majority said that while most of the lawsuit’s claims were barred by the federal law, Remington could still be sued for alleged wrongful marketing under Connecticut law.

How does one wrongfully market a rifle so that someone gets the bright idea to use it in a horrific mass shooting? Did Remington create marketing materials featuring young kids shooting other human beings or something? What, exactly, is the justification for this?

It certainly seems like a case of judicial activism, doesn’t it? Like the individuals who ruled in favor of allowing Remington to be sued already had an axe to grind against guns in general and the Second Amendment so they’re doing their part to punish gun manufacturers.

Such a strategy isn’t that much of a stretch. We all know that liberals employ a number of different tactics to slide under the radar and place limitations on guns and the Second Amendment without actually coming out against it. It’s dirty and underhanded, thus a perfect ploy to use when you’re a progressive.

This ruling is certainly a blow for gun rights activists, but instead of feeling down about it, let’s all use it for motivation to continue defending our God-given right to self-defense.