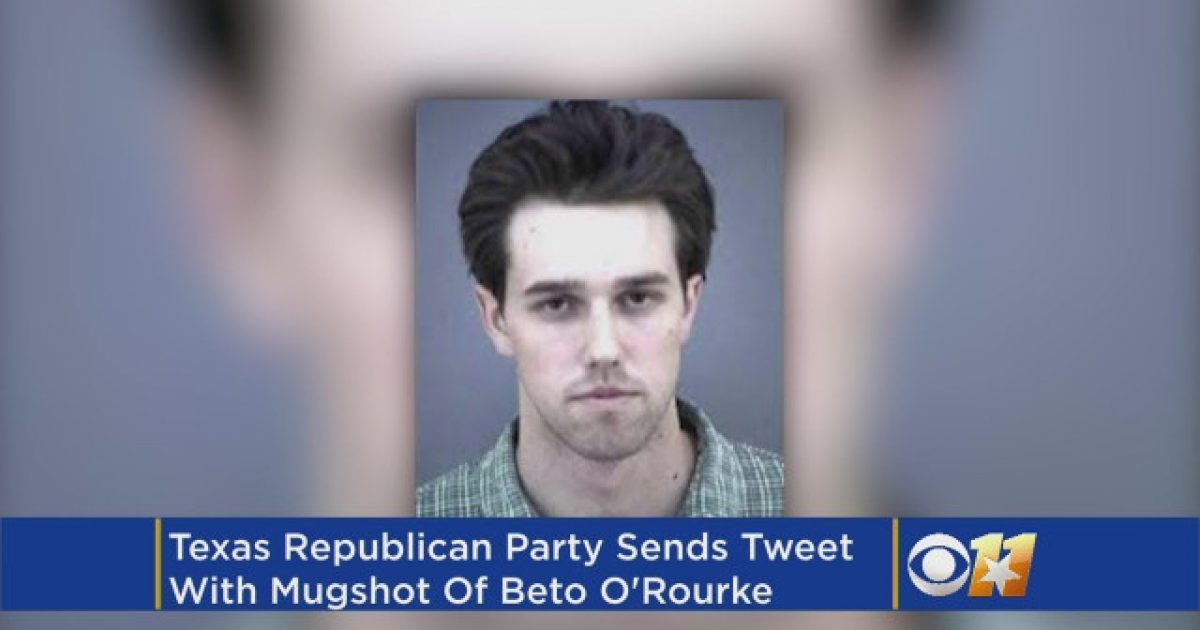 The GOP decided St. Patrick’s Day would be the perfect time to rip on newly announced presidential candidate Beto O’Rourke, using a mugshot of his taken during a DUI to encourage folks to drive safely.

As you might imagine, this didn’t go over with a lot of folks on both sides of the political spectrum who came out swinging against the GOP, accusing them of “stereotyping” Irish people.

“On this St. Paddy’s Day, a special message from noted Irishman Robert Francis O’Rourke,” the tweet announces, accompanied by a mugshot of O’Rourke wearing a photo-shopped cartoon leprechaun hat with a placard saying “drink responsibly.”

O’Rourke was arrested for a DWI more than 20 years ago but had the charge dismissed after completing a diversion program. But recent reports have revealed that the incident was “a more serious threat to public safety than has previously been reported.”

“Although the arrest has been public knowledge, police reports of the September 1998 incident — when the Democratic Senate candidate had just turned 26 — show that it was a more serious threat to public safety than has previously been reported,” the Houston Chronicle reported in August 2018. “State and local police reports obtained by the Chronicle and Express-News show that O’Rourke was driving drunk at what a witness called ‘a high rate of speed’ in a 75 mph zone on Interstate 10 about a mile from the New Mexico border. He lost control and hit a truck, sending his car careening across the center median into oncoming lanes. The witness, who stopped at the scene, later told police that O’Rourke had tried to drive away from the scene.”

“I think people want us focused on the big picture. They want us to be defined not by this pettiness or the personal attacks that we see in ones like the ad that you just described.” pic.twitter.com/AHcyPHWGsm

If you think you’re funny or clever by stereotyping and making fun of any race or nationality to score political points, you’re an idiot, and you should probably not tweet. Do better @GOP @GOPChairwoman https://t.co/ASM24WdIDI

“Let me now…warn you in the most solemn manner against the baneful effects of the spirit of party generally.”
—George Washington

Is the intent here to persuade voters to be more sympathetic to Republicans? It’s not working. https://t.co/wmsIV1TB52

On #StPatricksDay we learn, again, that the prejudice, ethnic discrimination and bigotry of @GOP has no boundaries. https://t.co/PnKL56vX7m

The tweet seems like a desperate attempt to play off the rough-around-the-edges reputation of Donald Trump, who we all now know is notoriously outspoken with little care about how others perceive what he says and does.

However, this attitude seems to work for Trump because he’s a non-establishment politician, an outsider. He invaded the political machine known as the GOP and turned it upside-down. That’s why people love the guy.

When the establishment themselves try to be like Trump it just doesn’t work. The tweet was off base and that’s that.