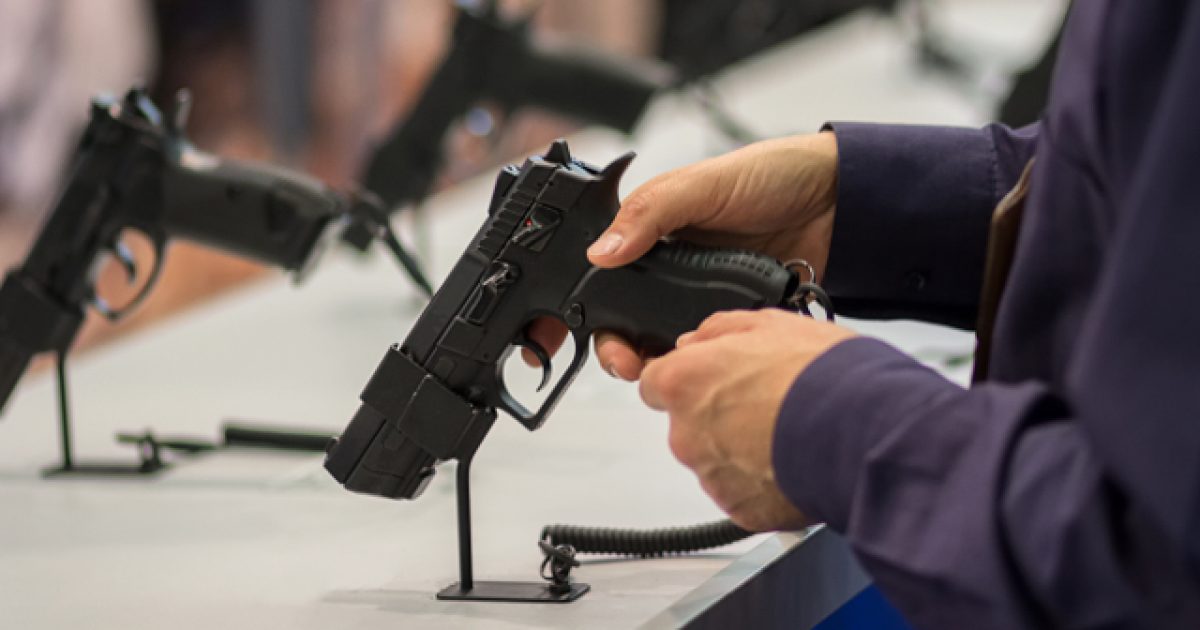 As we’re all well aware, Democrats are absolutely dead set against the Second Amendment right to bear arms, and if you don’t believe that, just take a look at what they’re trying to do now.

Apparently they are attempting to push a bill for universal background checks on all firearm purchases through Congress. However, they got fairly upset when Republicans attempted to add an amendment to the legislation that would make the checks apply to illegal immigrants trying to purchase illegal weapons.

Before the House voted on “The Bipartisan Background Checks Act of 2019,” Republicans insisted on adding an amendment that would notify federal authorities “when an individual attempting to purchase a firearm fails a federal background check.”

On the floor of the House on Wednesday, Rep. Doug Collins (R-Ga.) explained that “the motion to recommit will notify U.S. Immigration and Customs Enforcement, commonly known as ICE, when an illegal alien who is prohibited from possessing a firearm attempts to purchase a firearm by going through the process of application.”

An immigration twist on guns!

As Democrats bring universal background checks to the House floor, Republicans try to force a vote on requiring ICE to be notified when a person who’s illegally in the US tries to buy a firearm.

Democrats objected to this wording, and tried to kill the amendment in committee. However, Republicans had one more chance to force a vote on their changes.

While the main bill passed with a vote of 240 to 190, Republicans used what’s known as a “motion to recommit” in order to hold a vote on whether or not the House would have to consider their amendment. This motion passed by a vote of 220 to 209, with 26 Democrats crossing party lines to vote with Republicans.

The gun control legislation, with or without the Republicans’ amendment, is not expected to pass the Republican-controlled Senate. President Donald Trump has also indicated that he would veto the bill if it ever reached his desk.

“Clearly, the Democrats on the House Judiciary Committee don’t care about preventing gun violence, they simply are playing politics with Americans’ Second Amendment rights,” Rep. Greg Steube (R-Fla.) said in a press release. . “The fact that Democrats do not want law enforcement notified if an individual attempting to purchase a firearm fails a background check is truly troubling.”

It’s all about getting votes for the Democrats. They want to appear to their constituency as taking action against gun violence in America, but in reality, they just want to keep their jobs.

Another critical component of that is to bring illegals into the Democratic voter base, which is an active strategy the left has been using for years. It seems to be quite effective.

At the end of the day, our Second Amendment rights are critically important to the continuation of our republic. Without the means necessary to protect those rights, it wouldn’t be long until the government snatched them away.