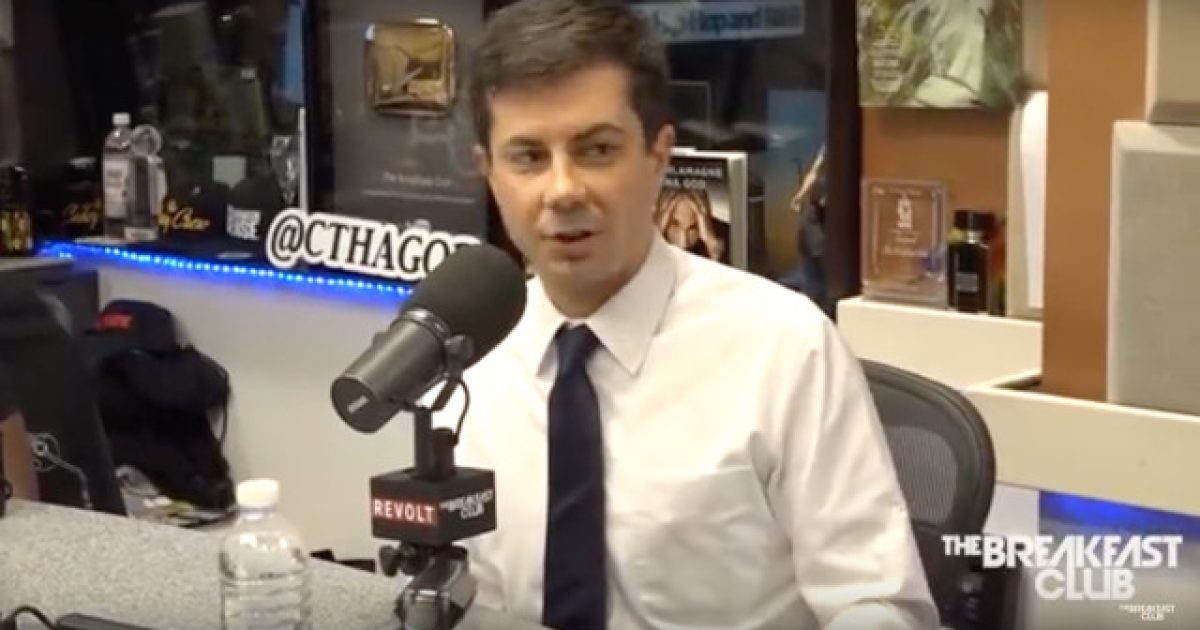 Openly gay Democratic presidential candidate Pete Buttigieg recently stated that even though he’s not a big fan of Chick-fil-A’s stance on homosexuality, he wants to see the popular restaurant chain and the LGBTQ community find some common ground.

This probably isn’t going to go over well with diehard leftists who have made crucifying Chick-fil-A part of their progressive crusade, but you know, the Indiana mayor’s stance on this is actually right on.

Buttigieg’s comments are notable, because nowadays even a tangentially supportive mention of the company can spark backlash. For example, Twitter CEO Jack Dorsey felt compelled to apologize for tweeting out that he ordered food from Chick-fil-A during Pride Month in June of last year.

“You’re right. Completely forgot about their background,” Dorsey replied to critics who called him out for promoting Chick-fil-A.

“Maybe, if nothing else, I can build that bridge,” Buttigieg said. “Maybe I’ll become in a position to broker that peace deal.”

Much of the controversy surrounding Chick-fil-A is due to the fact that it is a Christian owned and operated company and the folks behind it are genuine about their faith, attempting to apply biblical standards of truth and right and wrong to every part of their lives, including how they run their business.

After all, if Jesus Christ is truly the King of Kings, if He is truly Lord of the universe — He is — then why wouldn’t He expect his people to press His crown rights into every area of society, including the business world?

The Bible makes it clear homosexuality is a sin, and as such, isn’t to be something that is celebrated. Would we celebrate an addict shooting up? Or a straight man cheating on his wife? No, we wouldn’t. These are equally sinful behaviors as homosexuality.

That’s not a politically correct thing to say, but it’s still true.