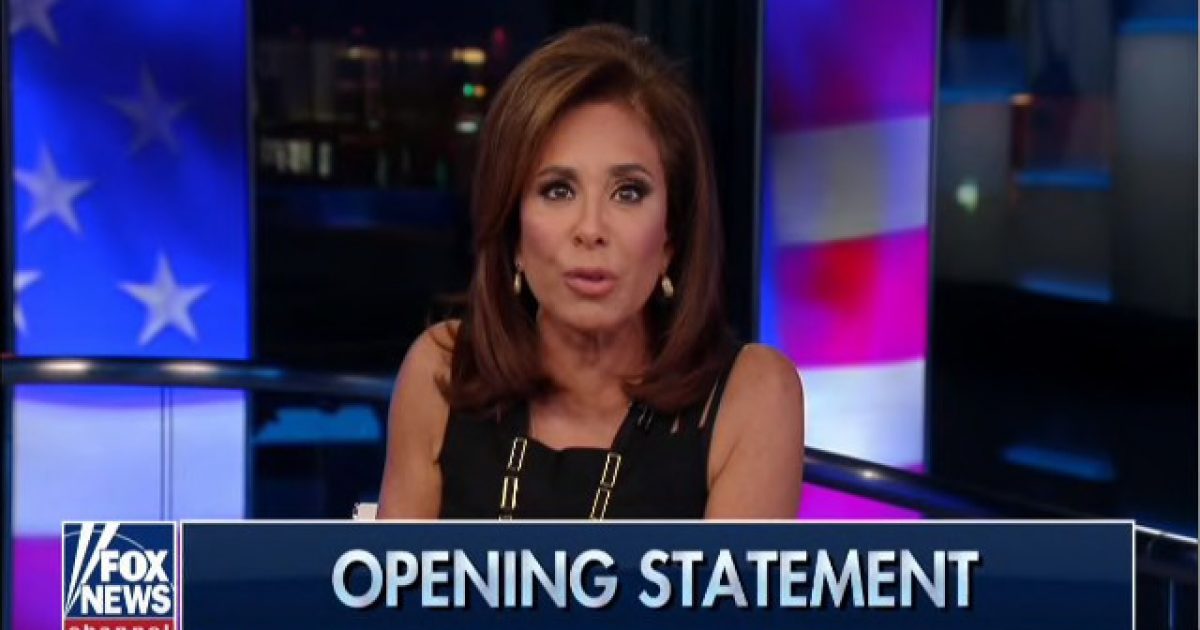 Fox News is none too happy with network host Jeanine Pirro’s comments over the weekend where she mocked Rep. Ilhan Omar — notorious for making anti-Semitic remarks — for donning a hijab head-covering and seemingly questioning her allegiance to the United States.

To be fair, Omar herself also recently questioned the loyalty of Jewish-Americans over their support of Israel.

During her Fox News show Saturday, Pirro suggested that Omar’s religion — she is a devout Muslim — helped shape her view toward Israel. Omar has made it clear she does not support Israel, and has been accused of making numerous anti-Semitic remarks.

“Think about it: Omar wears a hijab,” Pirro said on her show. “Is her adherence to this Islamic doctrine indicative of her adherence to Sharia law, which in itself is antithetical to the United States Constitution?”

President Trump was right when he said the democrat party is now the anti-Israel party. Don’t forget Nancy, history has proven over and over when you appease to anti-Semitic sentiment, the worst happens. #OpeningStatement pic.twitter.com/vrnzhcu95o

Though universal support among the right and left is rare, Pirro’s comments generated just that: widespread condemnation from conservatives and liberals.

In a strongly worded statement released late Sunday, the network said it had addressed the matter directly with Pirro.

“We strongly condemn Jeanine Pirro’s comments about Rep. Ilhan Omar. They do not reflect those of the network and we have addressed the matter with her directly,” the statement read.

Accompanying the Fox News’ statement was a lengthy response from Pirro in which the former judge claimed her comments were meant to spark debate, not question Omar’s American allegiance.

“I’ve seen a lot of comments about my opening statement from Saturday night’s show and I did not call Rep. Omar un-American,” Pirro said. “My intention was to ask a question and start a debate, but of course because one is Muslim does not mean you don’t support the Constitution. I invite Rep. Omar to come on my show any time to discuss all of the important issues facing America today.”

Well, one thing’s for sure. We’re not likely going to see Omar step foot on a Fox News show. She would most assuredly be asked hardball questions and we all know that would end in a political disaster for Omar that the Democratic Party would have a difficult time cleaning up.

Pirro’s comment was poorly worded, though it doesn’t seem likely she was purposefully being hateful toward Omar or Muslims in general, but simply following the same kind of rhetorical logic as Omar herself with her comments about Jewish-Americans.

That’s not to defend her comment. As stated, it was poorly worded and there were surely better ways she could’ve made that same point.

At the end of the day, the lesson here is to think through the point you’re trying to make and state it in the clearest language possible.