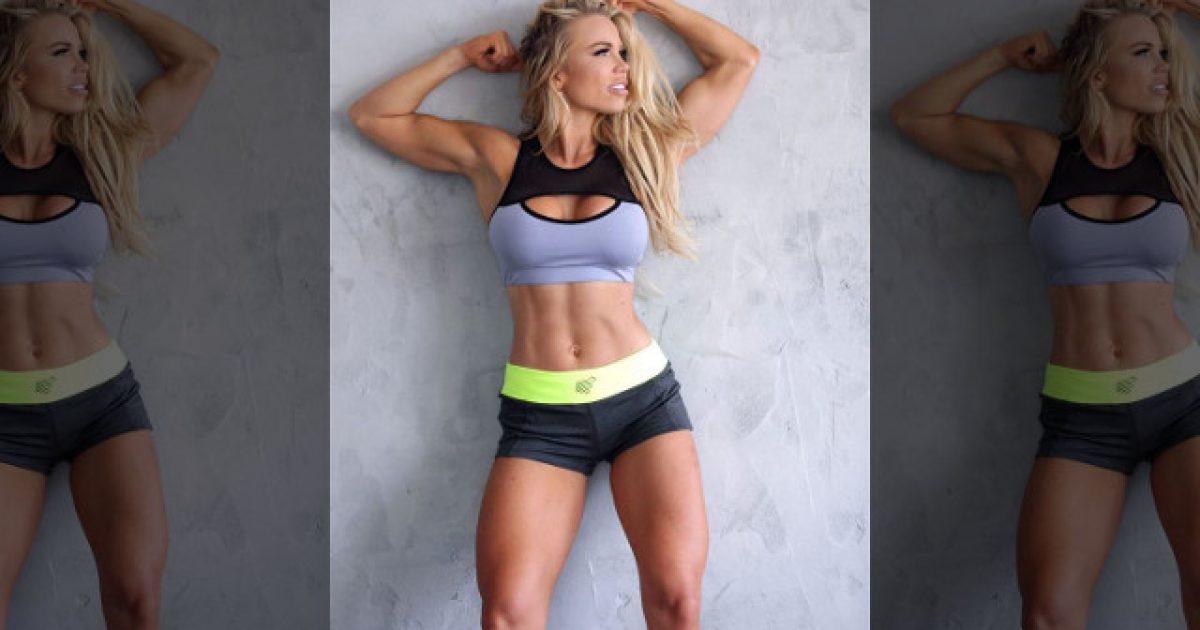 There is possibly no greater blight on the modern day Christian church than despicable, deplorable, hate groups like the Westboro Baptist Church. These people are truly the scum of the earth, some of the worst human beings to grace the planet.

And given world history’s unsavory characters, that’s saying a lot.

In case you’re unfamiliar with these folks, they’re the ones who hold rallies outside of soldiers’ funerals talking about how God hates homosexuals and other assorted signs.

Anyway, one of their former members, Lauren Drain, has opened up about being banned from the group and reveals she’s now a fitness model. This is a pretty crazy story.

In her new life, the 33-year-old fitness model and registered nurse runs a personal training and nutrition program in hopes of encouraging others to get healthy and feel confident about themselves. She also previously chronicled her experience in the 2013 tell-all titled “Banished: Surviving My Years in the Westboro Baptist Church.”

Still, she does wonder about her family, whom she hasn’t seen in over 10 years.

“I’ve tried many times to stay in touch with my family,” Drain told Fox News. “Unfortunately, my father doesn’t really give me any room to do so. I’ve tried to reach out to my mother. She’s given me some feedback along the years, but not with any of my siblings. … I’ve done everything I can to reach out to them. I still continue to do so.”

“It’s just hard because when you get the feedback from your parents that it’s not wanted, you’re cut off from the family, you’re like a black sheep,” she continued. “… I still continue to hold hope. I just always want my siblings to know I’m here for them. I’m always here for them. If they ever want to reach out to me, I’m here.”

Drain joined the church when she was 14, the result of her father’s own conversion to the group. Documentary filmmaker Steve Drain was making a film about the Westboro Baptist Cult when he converted to their belief system.

Drain stated that at the time, she was just a normal teenage girl, going to dances and meeting boys and all of the stuff kids do at that age. Then she was pulled from that life, no longer allowed to dye her hair, had a strict dress code and was forced to report to her parents at all times.

The fitness model and nurse said she began to question the group’s teachings when she was 19 and understood a bit better what the “church” was actually teaching, noting the church’s oppression grew more intense as the years rolled by.

Her decision to break from the group came after she was picketing a child’s funeral.

“I remember I was 19 years old. It hit me out of nowhere. I was on the picket line. … They would send us off to protect. We didn’t even get to choose which one we went to. I was standing there on the picket line. … I had a sign. I was thinking at that moment, ‘I don’t want to be here. I’m so ashamed of being here.”

“If someone sees me, or the media comes up to me, I don’t want to answer for this.’ I just hoped that nobody could see me. It was at that moment when I realized, these aren’t my beliefs. This is not where I want to be. I don’t believe this is God’s way. I don’t want to judge people like this. … From there, I started questioning the doctrine, the signs, the protests, the judgments… I started bringing it up to my parents. But having that kind of curiosity was not met well.”

Drain says she was booted from the group right before she turned 22, in 2007. She says she didn’t leave prior to being kicked out because she feared losing her family, noting that she was shamed by her dad for daring to question the church’s teaching and finding them hypocritical.

Lauren has come a long, long way, enduring a lot of depression and anxiety as a result of the separation from her family, but has since found love, gotten married, and truly developed a life of her own.

Let’s hope that Lauren’s story inspires others caught in cults to break free of their chains and to move forward and redeem their lives. It’s possible to get away. Sure, it may be costly, but ultimately, each one of us is responsible only for our own lives and no one else’s. Don’t let the choices of others dictate what you do with yours.