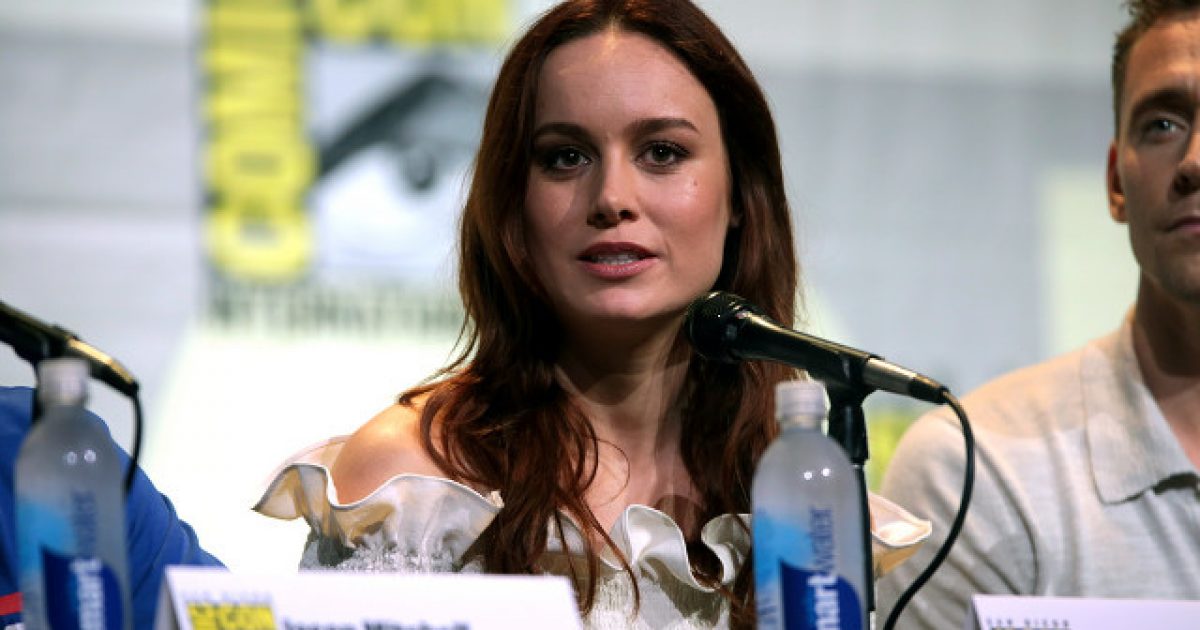 Feminist website The Mary Sue was doing what they do best, which basically means throwing a temper tantrum in the online equivalent of a totally shrill, ear piercing tone of voice about all of the negative reviews coming in about the latest Marvel flick, “Captain Marvel.”

According to them, only dudes were slamming the film, but as per usual when it comes to feminist sites, they’re flat out wrong. There are actually a bunch of female critics who can’t stand the movie either.

“All the negative reviews for #CaptainMarvel are from men,” feminist website The Mary Sue declared Tuesday as the early reviews began streaming in for Marvel’s — as star Brie Larson describes it — “big feminist movie.” The declaration was accompanied by a series of tweets by self-styled “film journalist” Alyssa Klein telling male critics to “sit this one out,” with the suggestion that a “feminist” movie can only be properly reviewed by women.

“I’m so excited to finally see Marvel’s first woman superhero movie,” Klein tweeted Tuesday. “I’m less excited about the fact that many of the biggest publications are having men write their #CaptainMarvel reviews.” After highlighting/shaming a bunch of reviews by men, Klein offered some advice to male critics: “[I]f you’re a male critic reading this thread and you’re asked to write a review of #CaptainMarvel for a major publication, consider saying ‘You know, I think I should sit this one out and make room for women’s voices.'”

While there certainly are more reviews of “Captain Marvel” by men than women — because there are simply far more male reviewers than female reviewers — the suggestion that male reviewers would be biased against the “big feminist” film reveals more about the feminists making the claim than the reviewers. The reality is a good critic should be able to assess a film on its own merits and put aside, at least to some degree, their biases, including any supposed innate gender biases. As evidence that Mary Sue’s claim is false and its underlying premise flawed, below are some excerpts from negative reviews of “Captain Marvel” by female critics.

Reeling Reviews’ Laura Clifford gives the film a C- and describes Larson’s performance as particularly problematic: “…I found the whole film to be a muddle of special effects, disjointed writing and lack of humor. The humor, especially, is built in to the other Marvel films and I wonder why there is nearly none in ‘Captain Marvel.’ The answer, I think is in the film’s star, Brie Larson, as hot-shot fighter pilot and kick ass warrior Carol Danvers. She is OK in the action sequences, which are many, but is too serious an actor for the character. That is a real problem for a hero in a franchise that is known for its mirth. … It is telling that there are eight credited writers, making this a kitchen sink of clichés.”

World’s Megan Basham was really turned off by all the “girl-power pandering”: “There’s a moment in Captain Marvel where the girl-power pandering is so over the top it makes the rest of the movie pointless. Carol Danvers, aka ‘Vers,’ finally discovers the full range of her superpowers and, to the never-so-subtle strains of Gwen Stefani’s ‘Just a Girl,’ proceeds to pummel a battalion of alien bad guys single-handedly. Her abilities prove so dominant that she can seemingly do anything, be it fly to farthest reaches of space without protective gear or destroy intergalactic warheads with a single blow. Thus does the cause of female empowerment lay waste to old-fashioned storytelling notions like tension and surprise, otherwise known as … reasons for the audience to stay interested in what’s happening on the screen.”

Time’s Stephanie Zacharek also found all the “girl power” a bit overpowering: “Is anyone else getting tired of role models? I don’t mean real-life people who are doing estimable work every day, like Ruth Bader Ginsburg (although even her recent commodification, through no fault of her own, threatens to flatten some of her dimensions), but virtuous fictional women who are put up before us as a jaunty reminder that ‘Girls can do anything!’ Girls can do anything and, like all children, young girls can have moments of self-doubt, times when they need reassurance. And there’s no reason we shouldn’t be seeing women superheroes on-screen; Lord knows there are enough guys. But the delivery system matters, too. And while we know that little girls (or boys, for that matter) might not rush out to see an earnest biopic of, say, Harriet Tubman, Eleanor Roosevelt or Margaret Sanger, does our sense of the power and capability of women always have to be filtered through a highly fictionalized superhero universe—as if that were the only way we could possibly bring ourselves to register the value of what women can bring to the table? Words like badass and kick-ass, used to describe women, have been trotted out so often that they’ve come to mean nothing. They tell us little about whether a woman has any sense of judgment or style or true intelligence. The idea is that it’s best just to bash your way through everything, just as so many guys do. That way, no one will ever think of you as weak.”

Culteress’s Kristen Lopez thought Larson was “marvelous” but her “big feminist” message, not so much: “Strong moments of character development are immediately dashed away for extended fight scenes leaving characters to feel more like archetypes and not actual people. An extended sequence in Louisiana seems drawn from another movie entirely and should have been developed further. This underdevelopment leaves the third act feeling confusing and unearned. It’s hard to fear what we don’t understand. And yet that mantra permeates Captain Marvel in a way that rings truer than the feminist message it wants to be about.”

Believe it or not, this is only just a small sampling of what female critics, from largely liberal publications, thought about the movie.

There’s a large backlash against the film taking place online, mostly due to the fact that actress Brie Larson stated in the past that she wanted fewer white men reviewing the movie.

She’s made other similar remarks too. A backlash should be expected when you attack the largest part of the fan base that supports your genre of films.

At the end of the day, it appears that putting a political agenda ahead of the story and character development is a real turn off, even for liberal critics.

Maybe it’s time for Hollywood to stop shoving progressivism down our throats and get back to telling good stories?