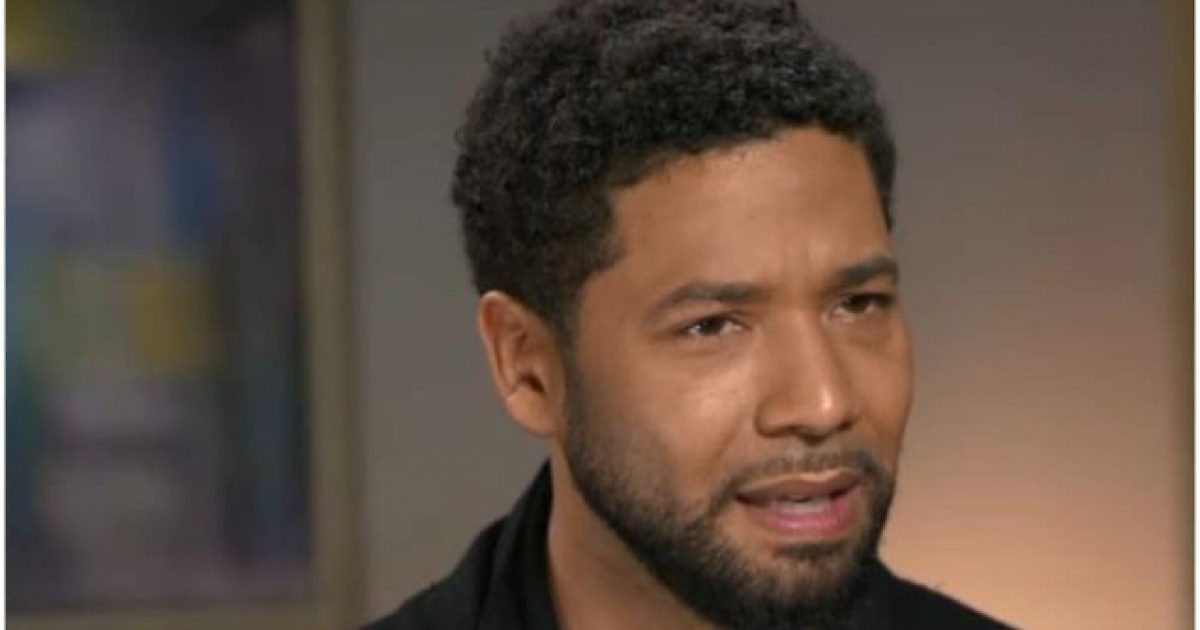 Well it doesn’t look like “Empire” actor Jussie Smollett is walking straight out of the scandal surrounding him completely unscathed, as the FBI has decided to look into why the charges were dropped against the man for allegedly perpetrating a hate crime hoax.

Multiple law enforcement officers spoke to local ABC News reporter Rob Elgas Wednesday about the incident and the FBI getting involved in the case.

“Two law enforcement officials briefed on the matter tell @ABC the FBI is *reviewing* circumstances surrounding dismissal of criminal charges against Jussie Smollett,” Elgas tweeted. “ABC News is told this is not an investigation. It is a ‘review’ or ‘inquiry’.”

“As the @ABC7Chicago I-Team revealed this morning, records obtained from the Chicago police file on the Smollett case show the FBI was already involved in part of the investigation. In that report it was revealed that CPD forwarded a copy of a search warrant pertaining to Jussie Smollett’s Apple iCloud account to an FBI analyst.”

MORE: As the @ABC7Chicago I-Team revealed this morning, records obtained from the Chicago police file on the Smollett case show the FBI was already involved in part of the investigation. 1/2

In that report it was revealed that CPD forwarded a copy of a search warrant pertaining to Jussie Smollett’s Apple iCloud account to an FBI analyst. 2/2

The review by the FBI comes just days after the Cook County State’s Attorney’s office shocked the country by dropping all 16 felony charges against Smollett.

The Chicago Fraternal Order of Police requested a federal investigation into the matter from the United States Attorney’s Office in Chicago, calling specifically for them to look into Kim Foxx’s office.

“The conduct of her office from the very beginning of this cases was highly, highly suspicious,” FOP Vice President Martin Preib told the Chicago Sun-Times. “The entire country is outraged by it. The evidence is overwhelming that he was legitimately charged in this case. This decision appears to be utterly arbitrary, capricious and suspicious.”

The Daily Wire also reported on Wednesday that “the Chicago Police Department fulfilled a Freedom of Information Act request from WGN News and CWB Chicago, and released complete but redacted files from the Jussie Smollett investigation — the last such documents that can be expected, according to CPD’s spokesman, Anthony Guglielmi.”

ABC News’ Terry Moran revealed that there were no written motions filed in court in connection with the dismissal of the case. It apparently has been removed from their database entirely, which is quite fishy, don’t you think?

There’s something not quite right going on here. There’s no way the prosecutors just decided to drop this case out of nowhere like that. There never would’ve been charges brought against Smollett without substantial evidence to support the indictment.

Corruption is running rampant in the Chicago legal system it seems. Hopefully an FBI probe will uncover the truth and those who need to be held accountable for this nonsense will get justice.