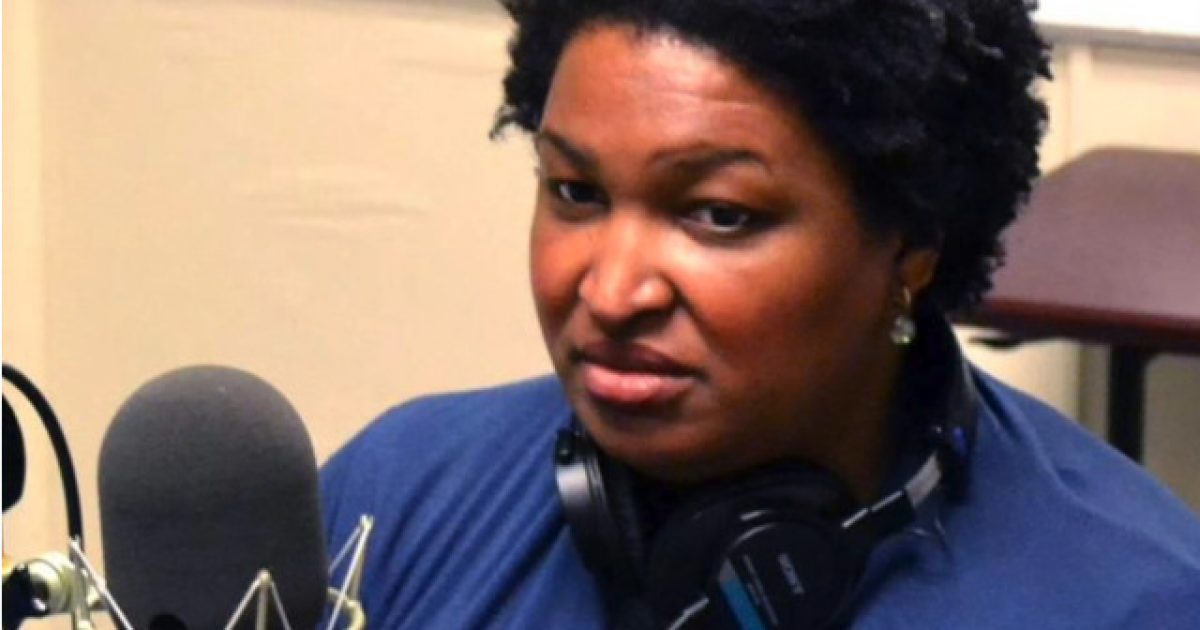 Georgia Democrat Stacey Abrams has announced that she’s seriously considering a presidential bid in 2020, a move that will no doubt spark a round of deep belly laughs among conservatives all across America.

If this gal couldn’t pull off a victory in her run for governor, the chances of her landing in the White House are basically zero. Given some of the things she’s said in the past, one has to wonder why she’d even try.

In #LeadFromTheOutside, I explore how to be intentional about plans, but flexible enough to adapt. 20 years ago, I never thought I’d be ready to run for POTUS before 2028. But life comes at you fast – as I shared in Q&A w @Yamiche at @sxsw. Now 2020 is definitely on the table…

Speaking at the South by Southwest Festival in Austin, Texas, earlier Monday, Abrams said, “In the spreadsheet with all the jobs I wanted to do, 2028 would be the earliest I would be ready to stand for president because I would have done the work I thought necessary to be effective at that job,” Fox News reported.

Abrams’ comments at the festival were widely interpreted to mean she would hold off on a White House bid until 2028, but her former campaign manager, Lauren Groh-Wargo, was quick to clarify.

Fact check: @staceyabrams‘ remarks at #SXSW were in reference to her years-old spreadsheet, not her current considerations. She is taking a look at all options on the table in 2020 and beyond.

Given the rather big names that have already thrown their hat in the ring for the Democratic Party’s nomination, it’s highly unlikely she’s got much of a chance.

Then again, life is full of surprises, so who knows? Maybe she’ll pull of the upset of the century and go toe-to-toe with Trump.

Which might be an experience she later comes to regret. Ask Hillary all about that one.