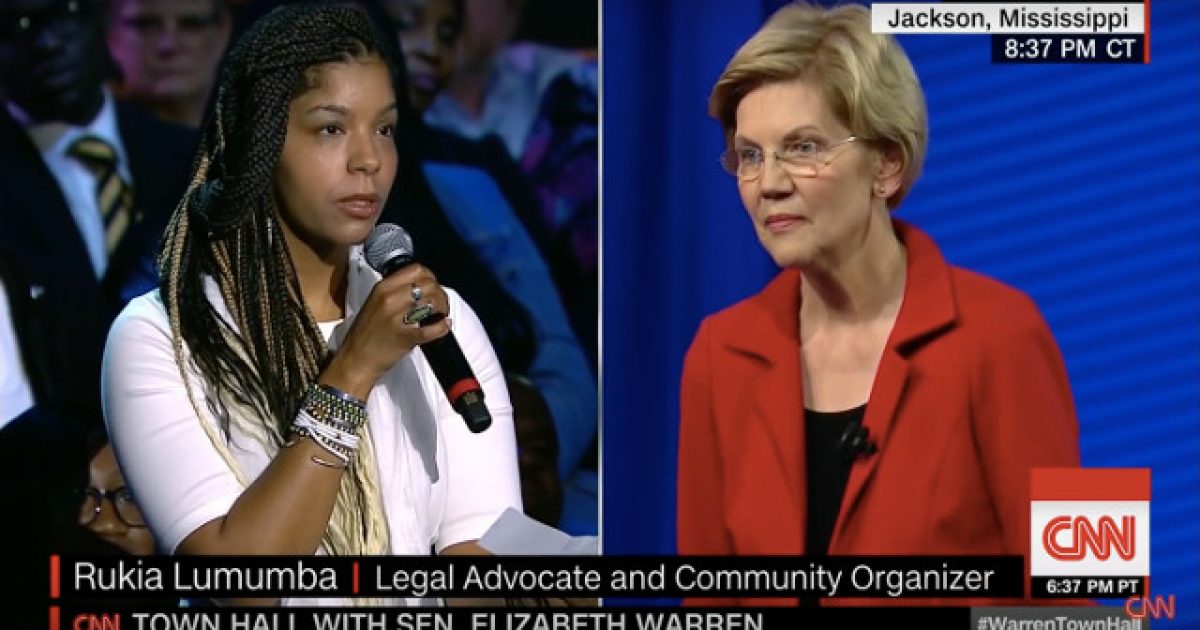 Democrats continue to implode by alienating themselves from much needed support from middle America, as Sen. Elizabeth Warren stated she wants to see the Electoral College brought to an end and replaced with a different system.

The Electoral College was established by our founders as a means of ensuring that the voice of every American citizen who is eligible to vote is heard when it comes to how they are governed. Without it, big cities will determine the entire course of the country with folks in the middle essentially having no say whatsoever in their government.

Ever since Trump soundly defeated Hillary in 2016 without winning the popular vote, Democrats have been vocal about wanting the Electoral College chucked out the window. What they don’t seem to understand is that by saying this, they are saying they don’t care about folks in the middle of the country, votes they need in order to win elections.

The Democratic Party is shooting themselves in the foot.

While participating in a CNN town hall at Jackson State University, Warren revealed she favors eliminating the Electoral College altogether, urging the direct election of president instead.

“My view is that every vote matters,” she continued, the crowd erupting into a thunderous applause, “and the way we can make that happen is that we can have national voting and that means get rid of the Electoral College — and every vote counts.”

Warren went on to say she thinks “everybody ought to have to come and ask for your vote.”

This isn’t the first time Warren has lamented our voting system, boohooing about Hillary Clinton losing the 2016 election.

If you want all votes to count, Sen. Warren, then you need to uphold the Electoral College as that ensures that every American citizen’s voice plays a role in electing her officials rather than just a few big cities with massive populations.

The real reason Warren wants to get rid of the Electoral College is because doing so virtually guarantees Democrats stay in power forever. We cannot allow this to happen.