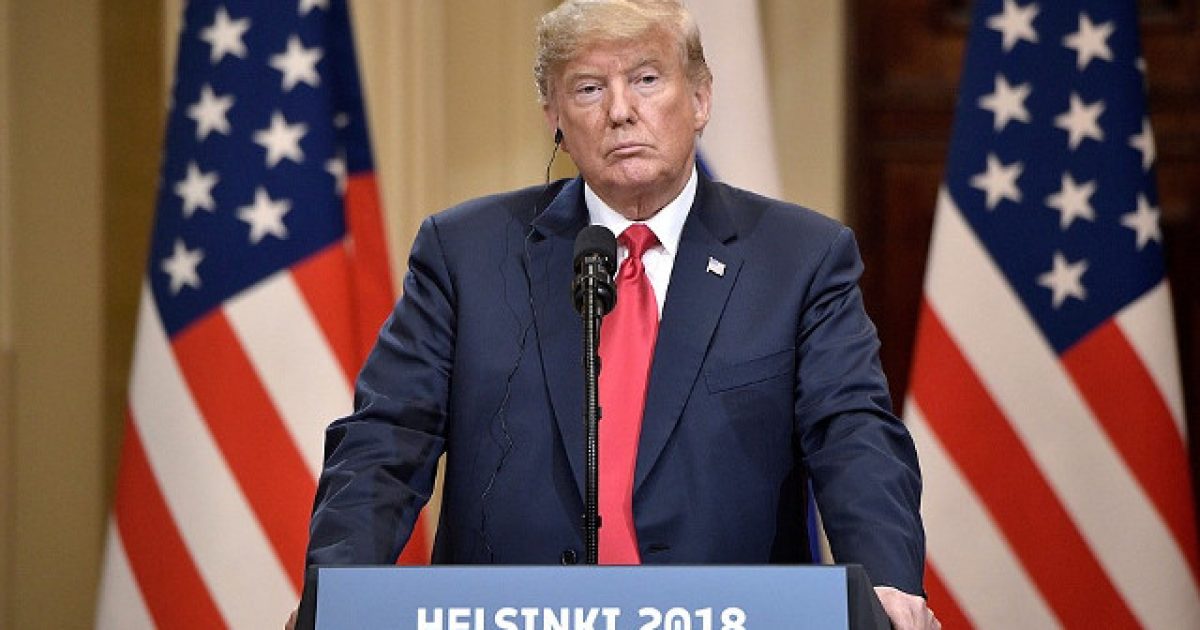 It seems that Lucifer might need to upgrade to a winter wardrobe, as hell has clearly frozen over. Now, the cause could potentially be climate change related, or, perhaps, it’s because former “Daily Show” host Jon Stewart actually gave him some props.

Seems likely to be the latter.

In a statement in front of Congress and a bunch of cameras last Monday, Stewart called the government’s treatment of 9/11 victims and their families shameful, chiding the handling of the cash-strapped compensation program, but then took a moment to emphatically praise the Trump administration.

“Let’s stop the nonsense,” Stewart said, promising to never stop pushing for justice for the victims of the horrific terror attack until there is “light” on the situation and “shame” on those who aren’t doing enough to help them. “This is your opportunity to write a final chapter for these men and women who fought for 18 years,” he told Congress. “When nobody believed they were sick, they fought. When nobody believed their sickness was caused by 9/11, they fought. When nobody thought their healthcare was worth paying for, they fought every step of the way.”

Clearly aware that his praise of the administration was going to cause a stir, Stewart led into his compliment by stating, “I’m going to say this now. Are the cameras on? Is everybody on me?” he said.

“The Trump Justice Department is doing an excellent job administrating this program,” said Stewart. “The claims are going through faster, and the awards are coming through.”

Stewart then tapped on the mic jokingly. “The Trump Justice Department — I don’t know about anything else, I’m not going to comment on anything else. But that’s why we’re in the problem that we’re in, is the program works exactly like it’s supposed to. So now it’s Congress’s job to fund it properly.”

Jon Stewart “Listen up everybody, the Trump Justice Dept is doing an excellent job administrating the 911 compensation act” This is why we voted for an outsider… Trump gets it done! #MAGA #TheFive #MondayMotivation #MondayThoughts pic.twitter.com/4af9mCS06Z

After Trump drew attention to Stewart’s comments, the former late-show host spoke with the New York Daily News to again urge that Congress and Trump back his efforts to better support the 9/11 Victims Compensation Fund.

“I am hoping that President Trump and his administration can support the bipartisan legislation that would fully fund and extend the VCF and allow it to continue compensating injured and ill 9/11 responders and survivors,” Stewart told the outlet. “They need it and deserve it.”

This is an example of what reaching out and attempting to find common ground with those who have a different set of political beliefs from your own actually looks like.

Everyone can agree that the victims of 9/11 absolutely deserve to have compensation and be taken care of. Since this is an area where both sides agree, working together makes perfect sense. This is the point Stewart is trying to make.

You have to reach across the aisle whenever possible because that is how you heal a greatly divided nation.

Let’s hope we see more of that in the days to come.