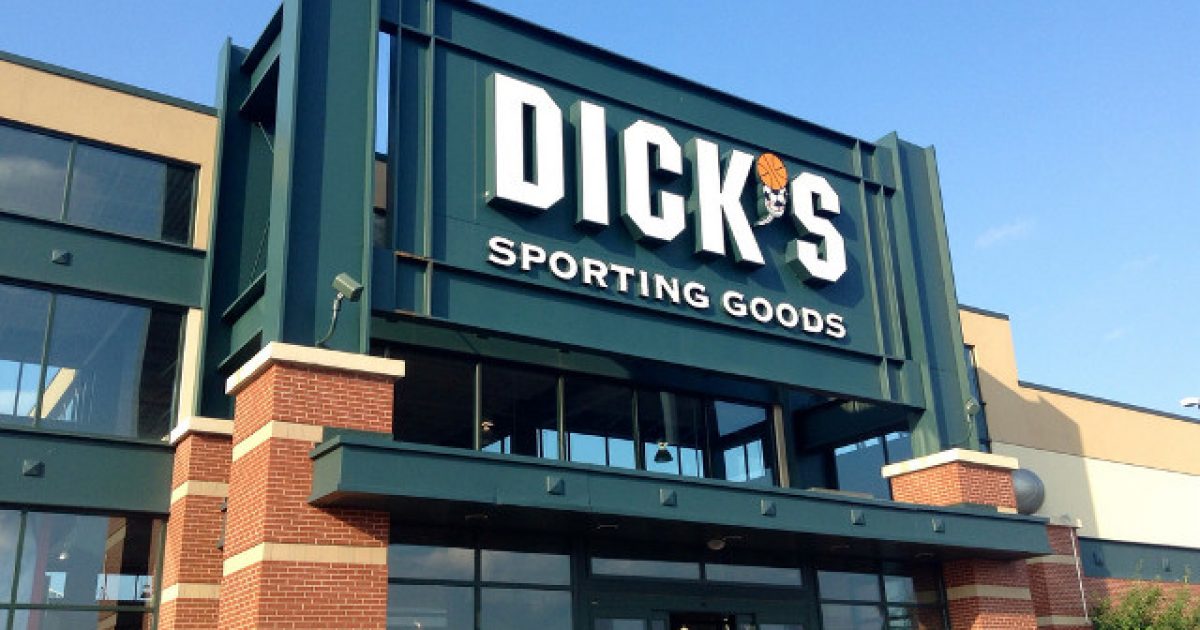 Right after the horrific Parkland school shooting in Florida back in February of 2018, Dick’s Sporting Goods decided to ditch the Second Amendment and put some rather restrictive policies in place concerning gun sales. You know, to help appease the radical leftists calling for intrusive gun control laws.

The company upped the age requirement for buying a firearm to 21, banned the sale of weapons labeled “assault rifles” at it’s subsidiary Field & Stream, and as if that wasn’t enough, they banned “high capacity magazines” at all locations.

As you might have imagined, this didn’t go over well with Dick’s customer base, a fact made clear by the steep decline of sales the company experienced in the wake of their new policies. Things got so bad, that mere months after the changes, CEO Ed Stack openly blamed their new financial struggles on the company’s gun control stance.

With all of this going on, including an 11 percent drop in the shares, you’d think Dick’s would learn that their current trajectory isn’t going to work and maybe ease up on restrictions to bring back the customers they alienated.

Stack announced the decision in a conference call Tuesday. The “gun-free” decision comes after a successful test in ten stores that had been underperforming in hunting sales, Stack explained. The company replaced guns and additional hunting gear with “higher-margin, faster-selling categories such as licensed sports gear and outdoor recreation equipment,” the Journal reports, and saw an increase in sales. That increase occurred while quarterly sales overall dropped 2.2%. The additional stores that will no longer sell firearms likewise underperform in the hunting category.

Back in August of 2018 sales dropped 4 percent in total, the reason being a drop in hunting sales.

Stack penned an op-ed for the Washington Post the following month after the Parkland shooting and the company’s decision to implement strict gun policies, saying “They are not squarely focused on keeping all of us safe — especially our children. There continue to be mass shootings — at our schools, churches and entertainment venues. Following each of these senseless, tragic events there’s a great deal of idle, fruitless talk in the halls of Congress, and then the conversation quickly comes to an end.”

This just goes to demonstrate how large the gun owning community is in this country, despite the non-stop news coverage from the left that tries to make it seem as if only nutjobs own firearms.

Owning a gun is the God-given right of every single law abiding citizen in this country, to ensure they keep their liberty and property from the hands of thieves and tyrants.

Anyone who gets in the way of the expression of that right should be prepared to endure the consequences, which could result in many businesses going under.

Dick’s decision to drop guns altogether in these locations will further alienate that very important segment of their consumer base, which may prove lethal to the finances of the company.