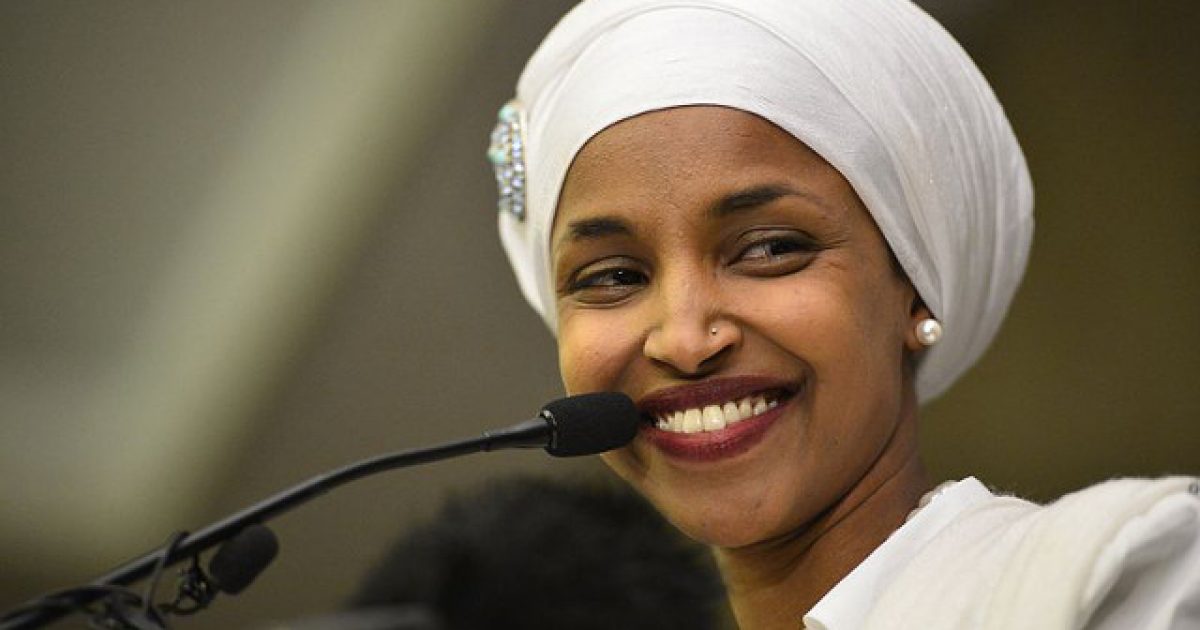 Democratic presidential candidates for the 2020 election are practically falling all over themselves in a mad dash to defend Rep. Ilhan Omar after yet another round of anti-Semitic remarks from the congresswoman.

Omar, who already has been condemned by Democratic leaders for anti-Semitism, is again under the microscope for anti-Semitic remarks she made over the weekend.

Democrats were going to introduce another resolution this week to condemn Omar’s anti-Semitism, but after outrage from the far-left wing of the Democratic Party, it appears as though the party will no longer introduce a resolution specifically condemning Omar but will condemn all hate.

Sanders said in a statement:

Anti-Semitism is a hateful and dangerous ideology which must be vigorously opposed in the United States and around the world. We must not, however, equate anti-Semitism with legitimate criticism of the right-wing, Netanyahu government in Israel. Rather, we must develop an even-handed Middle East policy which brings Israelis and Palestinians together for a lasting peace. What I fear is going on in the House now is an effort to target Congresswoman Omar as a way of stifling that debate. That’s wrong.

New: Bernie Sanders speaks out against Ilhan Omar treatment. “What I fear is going on in the House now is an effort to target Congresswoman Omar as a way of stifling that debate. That’s wrong.” pic.twitter.com/L9AWvwgbsz

Harris said in a statement:

We all have a responsibility to speak out against anti-Semitism, Islamophobia, homophobia, transphobia, racism, and all forms of hatred and bigotry, especially as we see a spike in hate crimes in America. But like some of my colleagues in the Congressional Black Caucus, I am concerned that the spotlight being put on Congresswoman Omar may put her at risk.” We should be having a sound, respectful discussion about policy. You can both support Israel and be loyal to our country. I also believe there is a difference between criticism of policy or political leaders, and anti-Semitism. At the end of the day, we need a two-state solution and a commitment to peace, human rights, and democracy by all leaders in the region ― and a commitment by our country to help achieve that.

This is truly disgusting. Voters need to pay attention to the fact these folks are supporting an anti-Semite, something that should abhor the left deeply, but doesn’t because it just so happens that these individuals hold to the right ideology and desire to take Trump down in next year’s election.

It’s sickening and disgraceful. Not to mention how insulting such support is to Israel, our only good ally in the Middle East.

The GOP absolutely needs to cease on this in their opposition to the Democratic Party. It’s a golden opportunity.