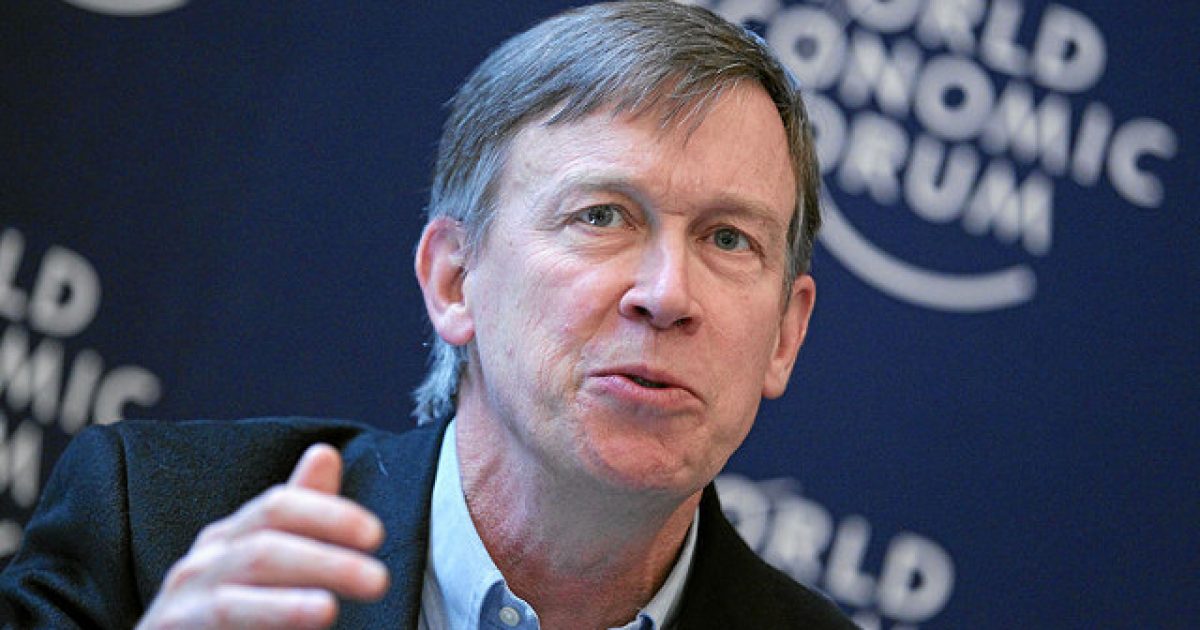 Former Colorado governor and current Democratic presidential candidate John Hickenlooper — best known now for taking his mom to watch a pornographic film at the theater back in the day — took a big shot at Rep. Alexandria Ocasio-Cortez’s socialist nightmare known as the Green New Deal, calling it “unachievable.”

Hickenlooper wrote in The Washington Post in an article titled, “The Green New Deal sets us up for failure. We need a better approach”:

… given the scope of the threat of global climate change, it is also imperative we approach it correctly. Some versions of the Green New Deal, such as the resolution from Rep. Alexandria Ocasio-Cortez (D-N.Y.) and Sen. Ed Markey (D-MA) that the Senate is set to vote on Tuesday, express laudable aims but also take an approach that limits our prospects for success.”

Hickenlooper noted that the resolution “sets unachievable goals,” acknowledging, “We do not yet have the technology needed to reach ‘net-zero greenhouse gas emissions’ in 10 years.” He noted dryly, “ That’s why many wind and solar companies don’t support it.”

He articulated other quibbles: “There is no clean substitute for jet fuel. Electric vehicles are growing quickly, yet are still in their infancy. Manufacturing industries such as steel and chemicals, which account for almost as much carbon emissions as transportation, are even harder to decarbonize.”

What’s truly shocking is that Hickenlooper had the intestinal fortitude to come out and state that the provision included in the plan to include a job guarantee with full benefits for every American citizen would be a “massive expansion of government” and is also not achievable in the near future.

Now don’t get it twisted. Hickenlooper is very much a Democrat and thus does favor big government, just in different directions. Like giving federal investments and incentives for electric storage and other assorted “green” initiatives.

While slamming the Green New Deal, Hickenlooper had nothing but praise for AOC herself, stating she and others like her have “galvanized the country around climate change as never before.”

The bottom line is the loudest shouting Democrats on the issue of climate change aren’t nearly as concerned about the environment as they are the redistribution of wealth.

Hardcore progressives are using this manufactured crisis to justify digging big government claws into the free market, forcing companies to comply with massive regulations. It’s a scam and most Americans know that. The only ones falling for this junk are young people who have been indoctrinated since birth to believe the government is their mommy and daddy.