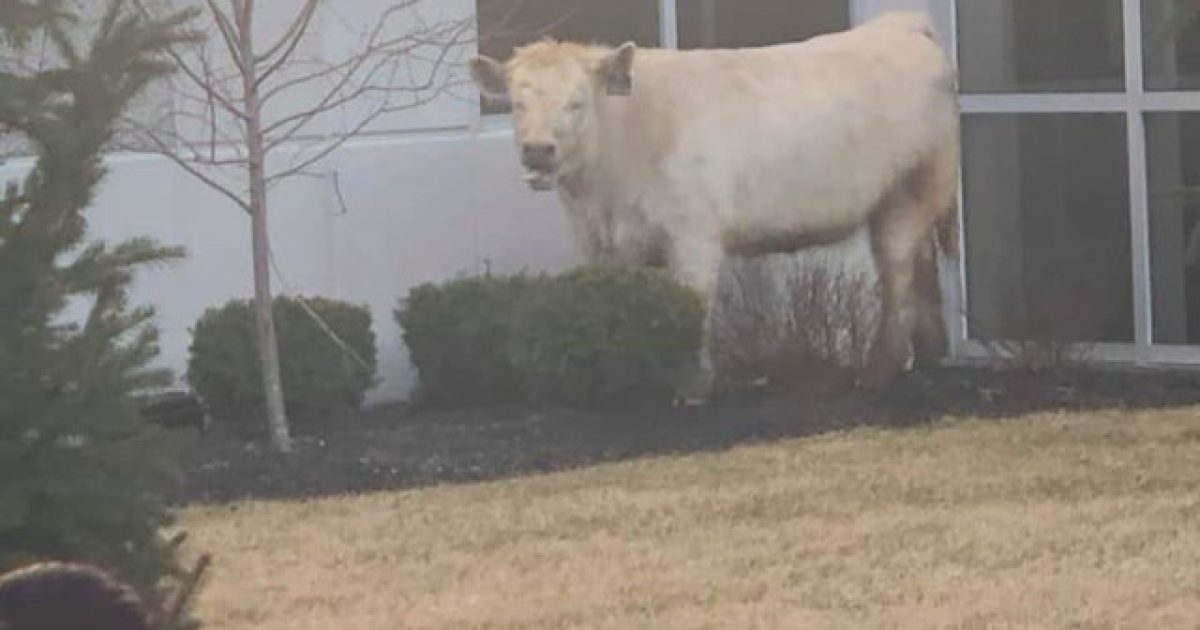 Have you seen those funny commercials for Christian owned and operated fast food chain Chick-fil-A? You know, the ones with the cows trying to tempt folks to go eat chicken so they don’t get served up on a bun at some other fast food joint?

If you have, then you’ll find this story both hilarious and extremely ironic. Apparently a cow escaped and halted traffic just north of Indianapolis, bolting away from local police and taking a rest in a “safe space.”

Three guesses where that safe space was located, but you won’t need two.

According to the Noblesville Police Department, officers were chasing a runaway cow across Campus Parkway before it crossed the street and waited by the fast-food chain.

Indiana resident Athena Hopkins caught the wild cow crossing the street on video, which quickly became viral when she posted it to her Facebook page.

“So this just happened!!!!” Hopkins exclaimed in her caption on Facebook.

Of all the places for a cow to run and hide, this one picks Chick-fil-A. You know that old saying, “truth is stranger than fiction?” Yeah that’s absolutely true.

Sometimes you just need to take a breather from the actual insanity going down in the world and just laugh a little. It’s good medicine.