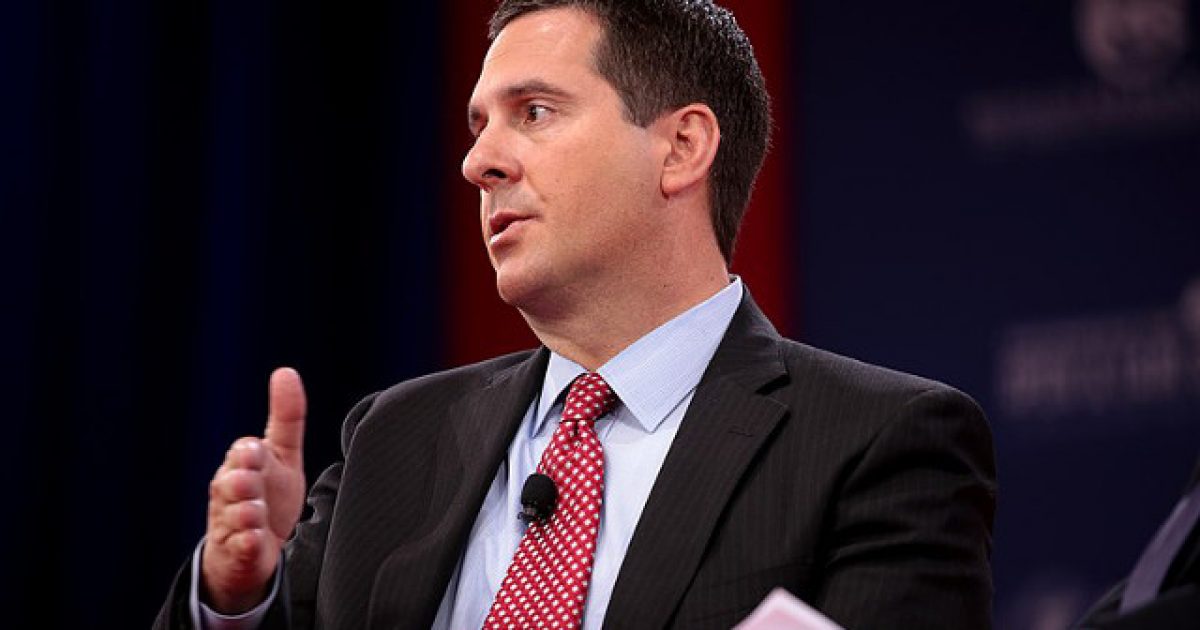 If you’re an active conservative on social media, you’ve no doubt had your own experience with the censorship and policing if your content, especially with Twitter, which seems to be a black hole for folks on the right.

Well, GOP Rep. Devin Nunes of California, who also heads up the House Intelligence Committee, has had about enough of the nonsense from the social media giant and has filed a massive $250 million defamation lawsuit Twitter, political consultant and Daily Beast op-ed writer Liz Mair, and two anonymous accounts.

This is going to get ugly.

In the complaint, filed in Virginia Monday, Nunes seeks $250 million in compensatory damages and another $350 million in punitive damages against Twitter, Mair, and the anonymous accounts “Devin Nunes’ Mom” and “Devin Nunes’ Cow,” who he says have waged a lengthy smear campaign against him designed to undermine the work in the House Intelligence Committee investigating “corruption by the Clinton campaign and alleged Russian involvement in the 2016 Presidential Election.” In the introduction to the lawsuit, Nunes’ legal team summarizes the congressman’s case against Twitter.

“Twitter is an information content provider,” the complaint reads. “Twitter creates and develops content, in whole or in part, through a combination of means: (a) by explicit censorship of viewpoints with which it disagrees, (b) by shadow-banning conservatives, such as Plaintiff, (c) by knowingly hosting and monetizing content that is clearly abusive, hateful and defamatory – providing both a voice and financial incentive to the defamers –thereby facilitating defamation on its platform, (d) by completely ignoring lawful complaints about offensive content and by allowing that content to remain accessible to the public, and (e) by intentionally abandoning and refusing to enforce its so-called Terms of Service and Twitter Rules – essentially refusing to self-regulate – thereby selectively amplifying the message of defamers such as Mair, Devin Nunes’ Mom and Devin Nunes’ cow, and materially contributing to the libelousness of the hundreds of posts at issue in this action.”

The platform is partly responsible, Nunes mantains, because “Twitter created and developed the content at issue in this case by transforming false accusations of criminal conduct, imputed wrongdoing, dishonesty and lack of integrity into a publicly available commodity used by unscrupulous political operatives and their donor/clients as a weapon.”

The complaint goes on to note that Twitter was aware the defamation was happening but did nothing to stop it, due in part to the company having their own political agenda they wanted to push. It goes on to accuse Twitter of using its platform to allow defamation against Nunes and other conservatives for the sole purpose of undermining public confidence in the congressman and to help out folks on the left-side of the aisle.

Why would Twitter engage in a smear campaign of Nunes? The document indicates that Nunes believes the parties involved wanted to undermine his work investigating Hillary Clinton’s campaign and the Russia investigation.

It’s time for these social media platforms to stop acting like they are objective platforms where everyone is free to express their thoughts and beliefs. This is clearly not the case at all.

If you don’t want conservatives on your platform, be honest about it. Come out and say you’re a liberal only platform. Instead, they still want conservatives to use the product and make them money, while also politically opposing them. It’s dishonest to say the least.