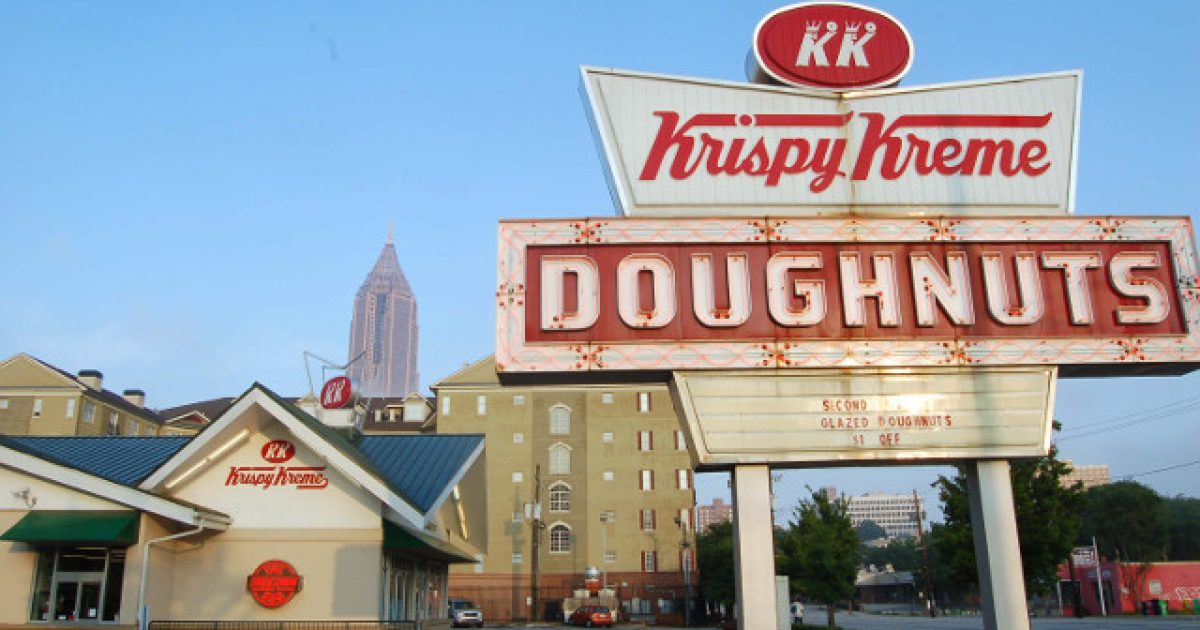 If you don’t start drooling at the mere mentioning of Krispy Kreme doughnuts, one has to question whether or not you have a soul. Who can possibly resist all that sugary, doughy goodness?

Sure, it can give you diabetes with a side of heart attack, but you know, obesity and certain death never tasted so good.

Anyway, the German family that owns Krispy Kreme and Panera Bread recently made an apology for discovering that several of their own were connected to Nazis and endorsed Adolf Hitler’s practices.

To show they’re serious, they’re donating $11 million to a charity that is yet to be named.

A Sunday report from the Associated Press reveals that ancestors of the Reimanns — one of Germany’s richest families — had deep ties to Nazi Germany, supporting Hitler and utilizing forced labor in their businesses.

The Reimanns own a majority interest in companies like Krispy Kreme Doughnuts, Clearasil, Calgon, Panera Bread, Keurig Green Mountain, and more, and operate under JAB Holding Company out of Berlin, Germany.

The report noted that Albert Reimann Sr. and his son, Albert Reimann Jr., “used Russian civilians and French POWs as forced laborers.” The Reimanns also donated to the SS before Nazis rose to power, according to the investigation.

Spokesman for the family and one of the company’s managing partners, Peter Harf, stated that the report about their family history was true, noting the family had been taking a look at its history before the report came out.

Harf went on to say, “It is all correct. Reimann senior and Reimann junior were guilty…They belonged in jail.”

After an investigation was concluded, younger members of the family were disturbed by the findings.

“We were all ashamed and turned as white as the wall. There is nothing to gloss over. These crimes are disgusting.”

Unfortunately, this is likely going to soil this family’s name and reputation thanks in large part to the insanity of modern progressive culture that tends to hold current generations responsible for the actions of ancestors from the past.

It definitely sucks to find out your ancestors were involved in something so wicked and heinous. Guess we’ll see soon enough if this impacts the family’s bottom line.