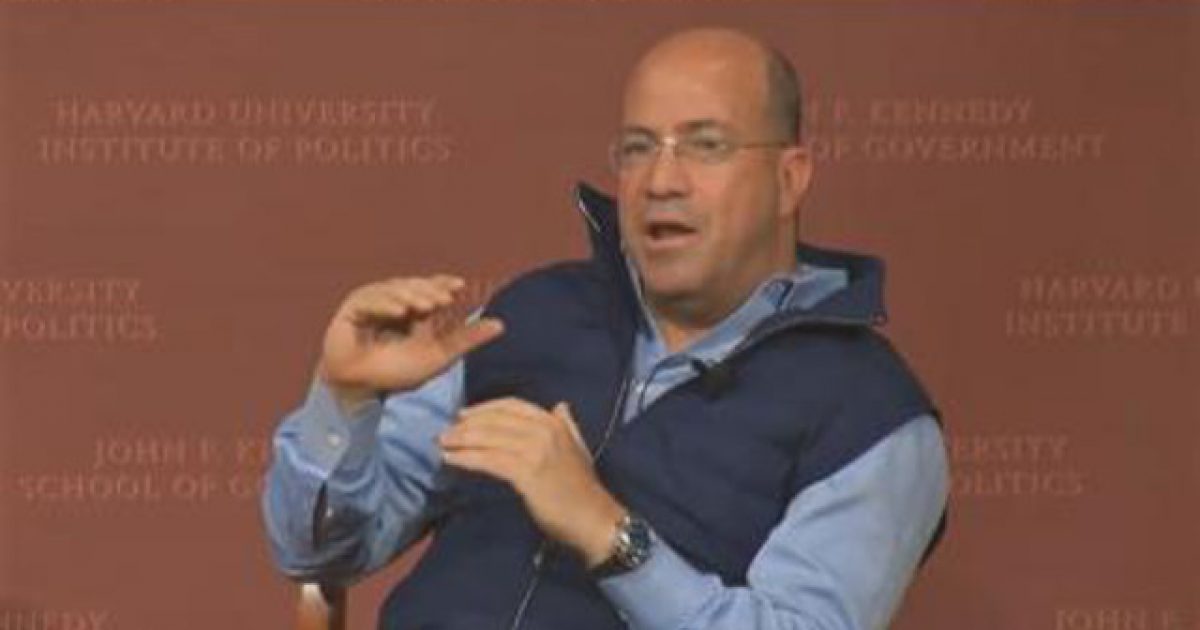 CNN head honcho Jeff Zucker recently decided to unload on Fox News in an interview with Vanity Fair media writer Joe Pompeo at the South by Southwest Festival, and boy, does his comment reek of ignorance and irony.

Zucker said that Fox News has done “tremendous damage” to America, apparently ignoring the fact that his own news organization has made the majority of its profits by reporting only half the facts and pushing all sorts of agendas on air that have done nothing but divide Americans along political and racial lines.

As for Fox News’ response singling out its more legitimate news anchors, Zucker said, “They chose to work at Fox and they don’t get to hide behind the fact that they’re excellent journalists or anchors. The fact is they work at a place that has done tremendous damage to this country.”

“I do not believe that CNN is the reason that Donald Trump got elected,” Zucker insisted. “I wish we had that much power—we don’t….

“I’m not going to apologize for interviewing Donald Trump when his competitors didn’t have the courage and foresight to actually take advantage of those opportunities,” Zucker said. “That’s on them. That’s not on CNN.”

This man seems to have no clue what his own network does on a daily basis, a theory which seems to have a significant amount of data to back up its claim, particularly when you see the next comment he made during the interview. This is rich.

“If you really watch CNN, there are not a lot of screamy, political, partisan fights,” Zucker said, a bit unconvincingly. “Do they happen from time to time? Yes, absolutely. Is that a predominant part of CNN? No, I think that’s an unfair criticism.”

Zucker was also asked about whether or not he would be running for public office any time in the near future. Frighteningly, he said that’s something he’s interested in and might consider some time down the road, but not next year in the presidential race, which is good news for all of us.

After all, who would want to see this guy, a paid shill, run for office?

Fox News is not doing any damage to America. They are simply providing the other side of the story that many networks, especially CNN, refuse to cover with any sort of objectivity.

Journalism used to be primarily focused on being a delivery system for the facts, enabling the average individual to make up their own mind on hot button issues of the day.

That has been tossed in the garbage in favor of the mainstream media becoming a propaganda machine for the Democratic Party.

Let’s hope one day this shifts back to a focus on integrity and ethics rather than indoctrination.