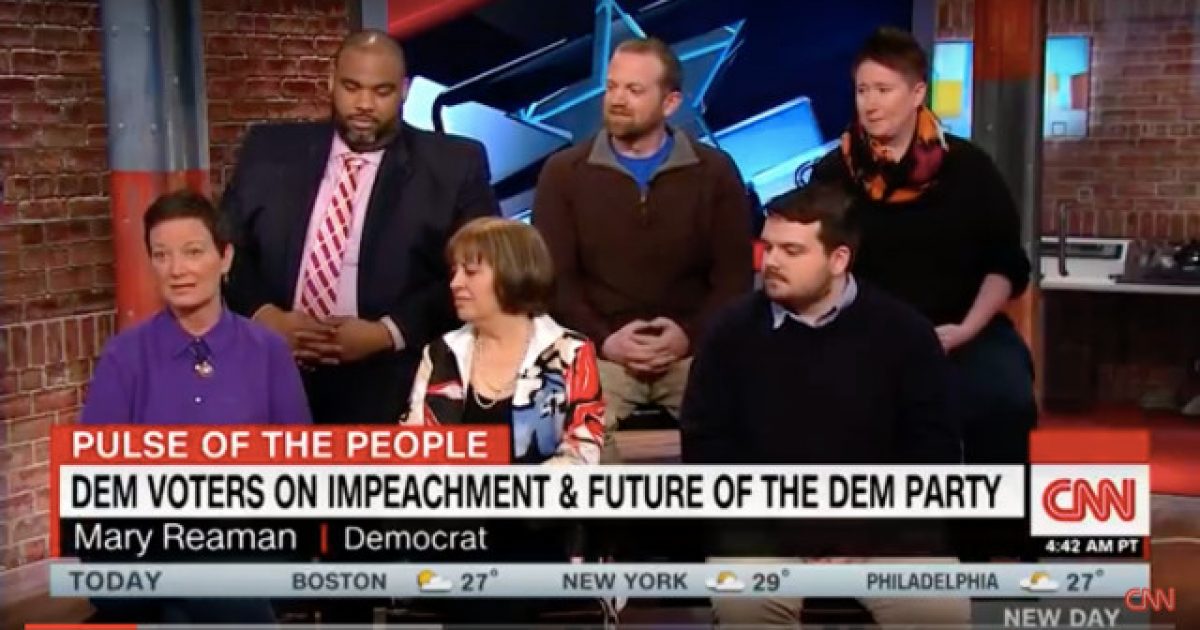 CNN host Alisyn Camerota recently asked a panel of six Democratic voters for their opinions of socialist Congresswoman Rep. Alexandria Ocasio-Cortez, and their reaction is definitely going to make the GOP a bit scared and with good reason.

“She’s asking the right questions. I don’t feel like she’s playing games,” Reaman added. “I’m so excited about her. She is smart, she is intelligent, and I cannot wait to see what else she does.”

Panelist Michael Milisits said, “I know she’s got the Democratic Party nervous. And … in a way they should be nervous because … she does represent the new guard, the new generation.”

Panelist Christian Tamte called Ocasio-Cortez “the candidate of the future. She’s got this down pat. And she has also nailed it as a woman in a male-dominated field … get ready for her, ’cause she’s comin’.”

It’s absolutely terrifying that these individuals actually think someone like AOC — who’s elevator doesn’t go to the top floor — is some sort of political genius.

She doesn’t know the three branches of government nor understand basic fundamentals of economics and how they work in the real world, outside of the pipe dream of the socialist utopia she and other Democrats envision.

If AOC is the future of the Democratic Party, and these folks actually like her, that means there’s a strong possibility that once she meets the requirements for running for president, she may throw her hat in the ring someday, and sadly, may actually pull off a victory.

This is the absolute worst case scenario that the GOP better be working toward stopping. Don’t underestimate her lack of intelligence or knowledge. She has charisma and that’s even more dangerous.