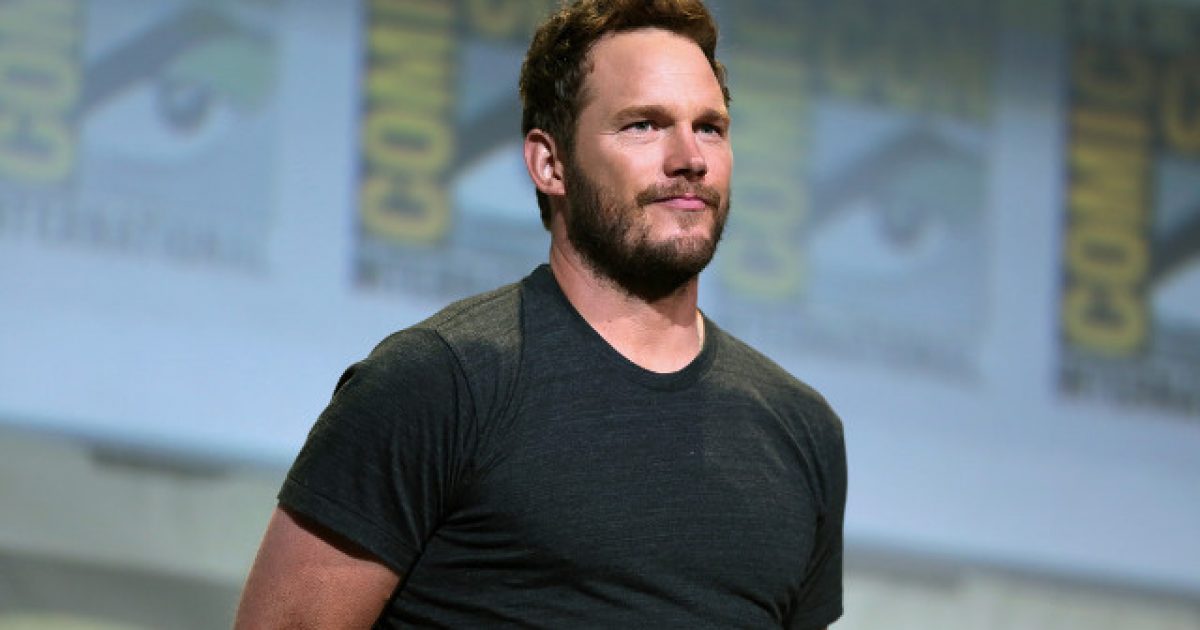 Actor Chris Pratt has become a fan favorite among Christians and conservatives in America, thanks in large part to his fearlessness in speaking boldly about his faith in Jesus Christ and how that has impacted his life and his career.

His openness has even led to being attacked by actress Ellen Page, but instead of collapsing under the pressure from the slam, Pratt responded with a gracious reply that proves he takes his beliefs seriously.

Pratt recently made an appearance on “The Late Show With Stephen Colbert” to promote “The Lego Movie 2,” and was asked about his recent observation of the 21-day fast that is inspired by the story of the prophet Daniel in the Old Testament.

“I was inspired by my pastor, we do it. It’s kind of like our Lent, you know, we give something up,” he explained. “So for 21 days I had no meat, no sugar, no alcohol… and it was actually amazing. It was really cool.”

Colbert went on to ask the star if he feels like he’s ever metaphorically in a lion’s den because of his immense fame.

Pratt responded to the question with a quote from Pastor Christine Caine.

“If the spotlight that’s shining on you is brighter than the light that comes from within you, it’ll kill you,” he said. “And you see it all the time. People in our position, people that are actors, you see it a lot. It’s a real bright spotlight.”

He continued: “Sometimes just having a self to share is what kills you because there’s nothing left. So you have to have a light to share. A light that’s just as bright as any of these lights. Then you can survive and then you can save some of yourself and not give it all away.”

When Pratt revealed on Instagram that Katherine Schwarzenegger, the 29-year-old daughter of Arnold Schwarzenegger, accepted his marriage proposal, fans got yet another glimpse of the star’s faith.

“Sweet Katherine, so happy you said yes! I’m thrilled to be marrying you. Proud to live boldly in faith with you. Here we go!” he captioned.

At the 2018 MTV Music and TV Awards, Pratt took the stage to accept the Generation Award and addressed the younger generation in a speech called “Nine Rules from Chris Pratt.” Three of those rules referenced Pratt’s strong faith.

“God is real. God loves, you, God wants the best for you,” he said as the sixth installment in the list. “Believe that. I do.”

“Learn to pray,” Pratt continued in his eighth bullet on the list. “It’s easy, and it’s good for your soul.”

The star concluded with a note about grace.

“Nobody is perfect. People are going to tell you you’re perfect just the way you are – you’re not. You’re imperfect,” he said. “You always will be. But, there is a powerful force that designed you that way. And if you’re willing to accept that, you will have grace. And grace is a gift. And like the freedom that we enjoy in this country that grace was paid for with somebody else’s blood. Don’t forget it. Don’t take it for granted,” he said, to applause from the crowd.

In our day and age, it’s become cool to hate on Christians and make fun of people for having a strong faith, living out their convictions in a hostile society.

This is especially true in Hollywood and other areas in the entertainment industry, where political correctness reigns supreme and being an outspoken Christian who stands up for traditional family values can get you blacklisted.

It’s refreshing in light of the madness to see someone like Pratt, a megastar with massive influence, living out his faith without fear.