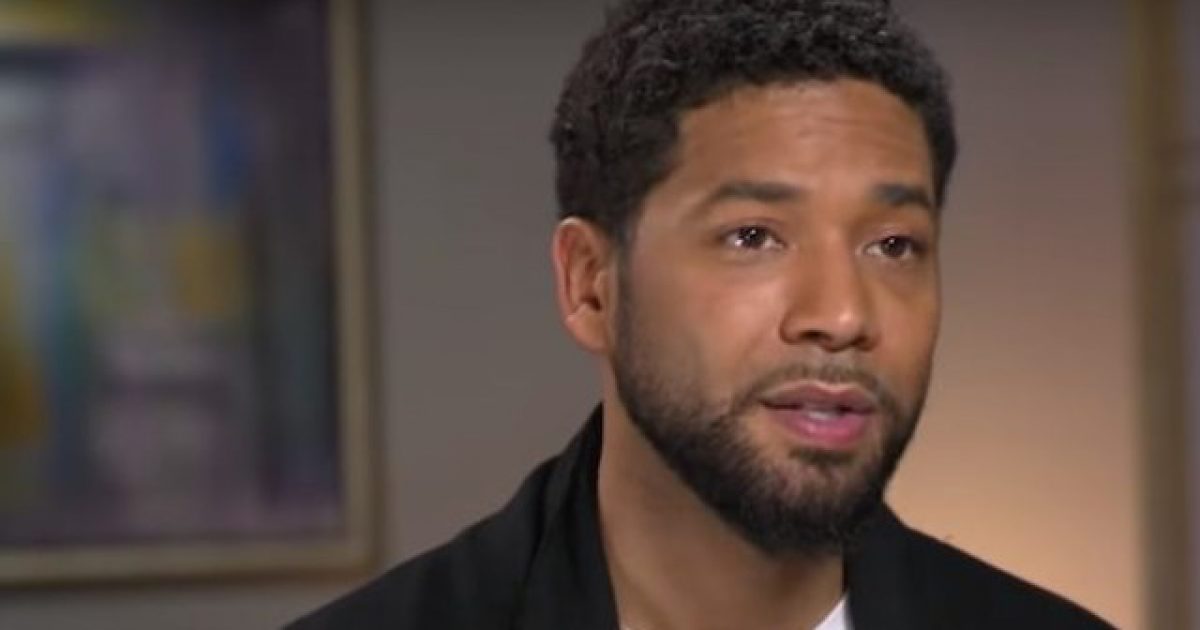 Well, it appears that as long as you’re a liberal working in Hollywood, you can practically get away with anything, including fabricating hate crimes against yourself.

Chicago prosecutors in the Jussie Smollet case have decided to drop all the charges against the “Empire” actor, just weeks after he was indicted on 16 felony counts of filing a police report.

Is there any justice in this world? This sort of thing makes you have your doubts, doesn’t it?

“Jussie was attacked by two people he was unable to identify on January 29th. He was a victim who was vilified and made to appear as a perpetrator as a result of false and inappropriate remarks made to the public causing an inappropriate rush to judgement,” the statement read.

“Jussie and many others were hurt by these unfair and unwarranted actions. This entire situation is a reminder that there should never be an attempt to prove a case in the court of public opinion. That is wrong. It is a reminder that a victim, in this case Jussie, deserves dignity and respect. Dismissal of charges against the victim in this case was the only just result.”

There’s been no word as of this writing on why the prosecutors decided to drop the charges, so what did the “emergency hearing” produce that would lead these folks to just let the guy walk on out without having any sort of consequences for his actions?

Is there proof that indicates he really didn’t fabricate this whole thing? If so, where is it? Why hasn’t it already been released?

Did someone pay someone off? Anything’s possible at this point, but we’ll just have to wait and see what really went on here.