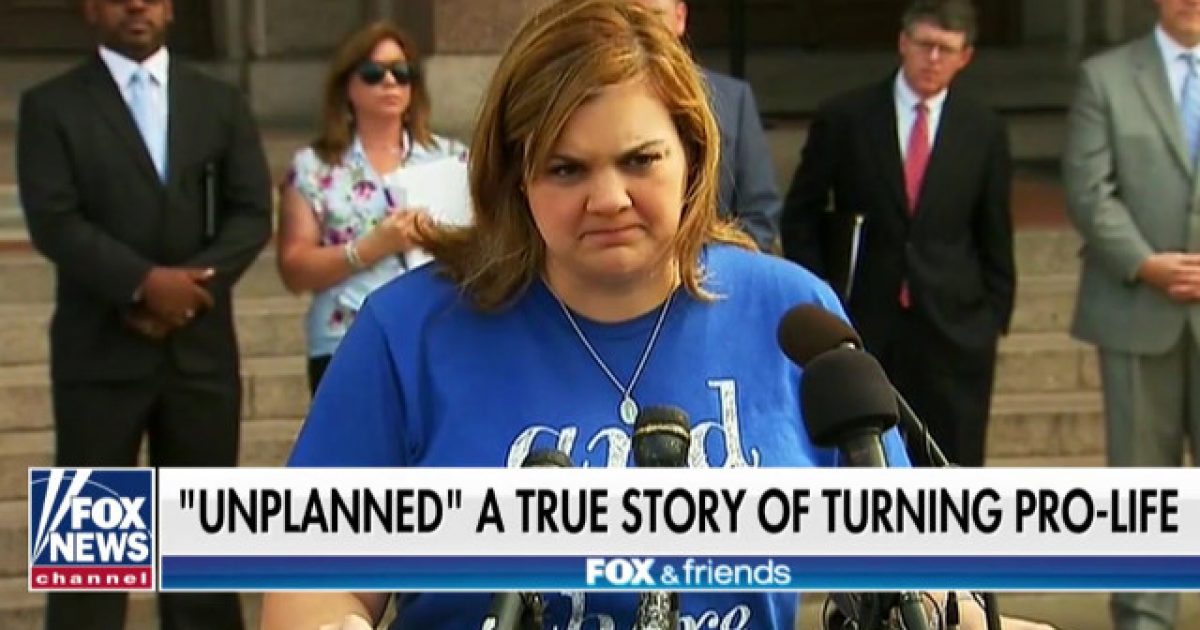 If you’ve never heard of Abby Johnson, the former director of a Planned Parenthood clinic who experienced a shocking event back in 2009 that led to her leaving her career behind and helping more than 500 other abortion workers leave the industry, you’re in for a treat.

Her story is about to be told on the big screen thanks to the new film “Unplanned,” but it’s a story worth hearing straight from her own mouth before going to see the movie.

Johnson recently spoke with “The Pure Flix Podcast” about the event that changed her life and led to her leaving the abortion industry behind forever.

Johnson worked at Planned Parenthood for eight years before leaving and becoming a pro-life advocate, forming the “And Then There Were None” ministry, a group that helps abortion works get out of the business of murdering children.

“As of now, we have helped 487 workers leave the clinics and … those workers have closed 21 abortion facilities, because they’ve worked with state officials,” she explained. “They have worked with health departments to go in and close those facilities because of bad practices, medical negligence, whatever it may be.”

Johnson was raised in a pro-life home, but came to work for Planned Parenthood after being introduced to a representative of the organization on her college campus. Johnson states she was attracted to the bright pink colors and the signs hanging at the booth.

“I really didn’t know anything about the organization, so I think I was just really naive and really ignorant to what they were truly selling,” she said. “I wasn’t working from a well-thought out position.”

The woman working the booth began chatting with Johnson about female empowerment and health care, both of which sounded okay to her at the time, as if these were things most people would get behind.

Although Planned Parenthood and it’s services went against the way she was raised, Johnson joined the organization and worked hard to get up in the ranks to become one of the group’s youngest clinic directors.

As time progressed she discovered more of the truth of what went on at these clinics, with one particularly traumatic event pushing her over the edge and back to her pro-life roots.

She was asked to assist in an abortion on September 26, 2009, and what she saw changed her life forever.

“I just remember being really shocked. I couldn’t believe that I had allowed myself to be so blind to the reality of what was right there,” she said. “I had eagerly believed the lies of Planned Parenthood and the abortion industry.”

Her story is so powerful and just goes to show how wicked and evil the act of abortion really is and how it negatively impacts those involved in the industry.

Here’s to hoping the film is a rousing success at the box office.