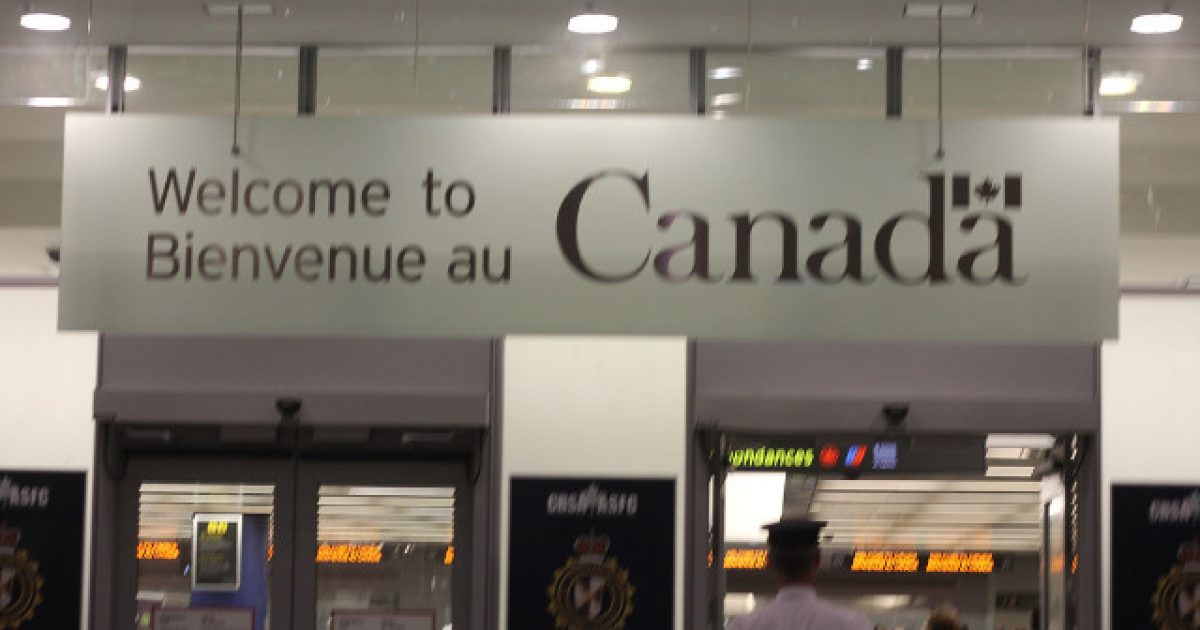 Canada made an announcement on Tuesday that should just about send liberals here in the United States into complete hysterics, but then again, since they love their universal healthcare system so much there, probably not.

Apparently Canada is beefing up border security to keep asylum-seekers from crossing into the country from the United States.

See? Even Canada gets why border security is important.

The Canadian government is committing an additional $902 million over the next five years in an attempt to stem the flow of asylum-seekers from nations like Nigeria and Central American countries who are swarming its border from the U.S.

According to Reuters, 57,000 “irregular migrants” poured into Canada last year, overwhelming the country’s court system and burdening its welfare programs. Finance Minister Bill Morneau said the purpose of the enhanced border enforcement was “to detect and intercept individuals who cross Canadian borders irregularly and who try to exploit Canada’s immigration system.”

The new initiative is being driven, at least in part, by voters frustrated that elected officials haven’t done more to deter migrants from planting roots in the country, Reuters reported.

All of this started back in 2017, when a group of several Haitin immigrants fled to Canada after fearing they would lose their temporary legal status here in the United States. This prompted thousands of Nigerians to do the same.

Look, at the end of the day, border security is simply a matter of common sense. Lots of folks like to think that a nation’s security and a person’s private security are apples and oranges, but that’s not true. They’re very much the same.

If you lock your doors as a means of protecting your loved ones from being harmed by criminals and to protect your resources (money, food, possessions) why wouldn’t you do the same thing at a national level?

Canada got a crash course in why it’s important to have borders and to seal those borders so that folks can’t come in willy-nilly. Their country simply can’t afford to care for all of these individuals and their own people too. Therefore, the priority is their own people.

That’s not mean, nasty, or selfish. It’s called being responsible, which is exactly what Americans want our government to be when it comes to the topic of immigration.