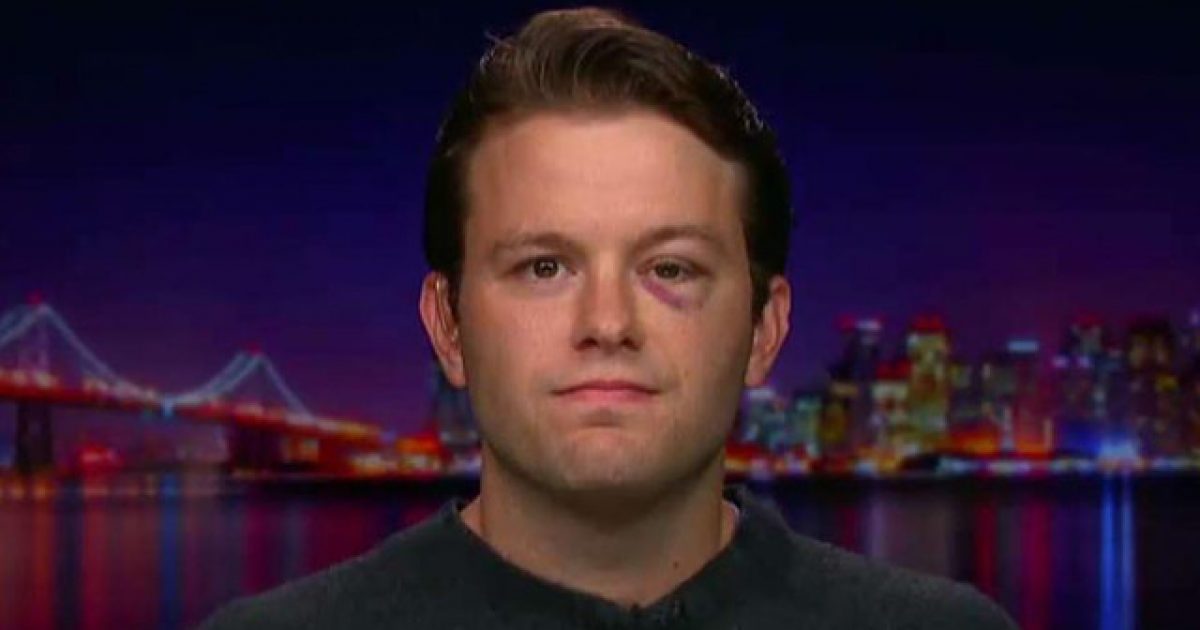 On February 19, a conservative activist was lending a hand to a conservative group that was recruiting on the campus of the University of California-Berkeley when he was assaulted by a man who threw out the “racist” bomb at him and then threatened to “shoot” him.

Anyway, local police have wrapped up their investigation into the matter and are seeking a felony warrant against the suspect.

“‘One week after the incident that received national backlash, the campus has concluded its investigation of the incident,’ said campus spokesperson Dan Mogulof in a statement released Tuesday afternoon,” student-led newspaper The Daily Californian reports.

“Based on the results of that investigation, the department is seeking a felony warrant from the Alameda County District Attorney for the identified suspect,” said Mogulof. If the warrant is approved, said Mogulof, the UCPD will “immediately” take action to arrest the suspect.

As The Daily Wire has chronicled, the brutal attack on Hayden Williams, a field representative for the conservative Leadership Institute, has gained national attention in large part because of viral video footage of the incident (below).

While Williams (who is not a student at the school) was helping recruit for Turning Point USA at the Upper Sproul Plaza last Tuesday, two men approached the table. Apparently triggered by signs stating “Hate crime hoaxes hurt real victims” and “This is MAGA Country” — both references to the Jussie Smollett case — one of the men, wearing a black shirt, began to argue with Williams.

When the suspect’s rhetoric escalated, Williams, who is smaller in stature, began to film the conversation on his cell phone. That’s when things turned violent. The suspect began to repeatedly shove Williams, at one point threatening to “shoot” him, and then, as caught on video by a witness, sucker-punched Williams in the face before walking away.

Campus Reform, which is owned and operated by the Leadership Institute, obtained exclusive footage from Williams, which it compiled with the witness’ footage in the video below:

Officials with the university have condemned the attack and are actively seeking to find the suspect and take appropriate action against him.

This kind of incident exposes the results of years and years of progressive brainwashing done to young people over the course of their time in public schools.

College kids today are fiercely loyal to progressive ideology and government institutions, even more so than they are to their families and friends, believing that the only way to truly have equality and justice is through government intervention brought about by a nanny state.

Thus, when they encounter opposition — anyone who thinks differently than they do — they become unnaturally offended. It’s sickening.

There’s no need for this level of violence in political discourse. Here’s to hoping the man is caught and punished to the fullest extent of the law.