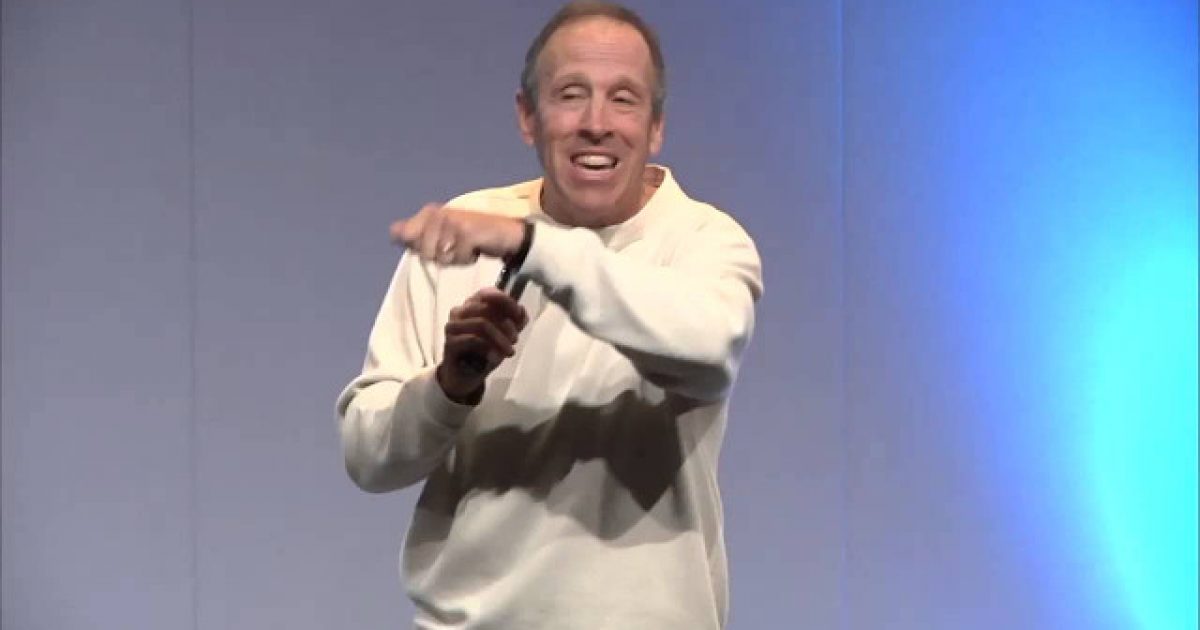 Comedian Jeff Allen has been providing joy and laughter to audiences all over the country for a very long time, but what most folks don’t know is there’s a truly inspirational story just underneath the comedy veneer that everyone needs to hear.

Allen is a former atheist who battled severe drug and alcohol addiction, but has since rejected that worldview, dedicating his life to following after God.

Here’s some of his amazing story.

Today, Allen — a fixture on the “Make Comedy Great Again” tour — is well-known for his family-friendly routines. But he was once not so buttoned up, revealing on a recent episode of “The Pure Flix Podcast” that he started cleaning up his language years ago after his son got in trouble at school for cursing.

The comedian, who has starred in PureFlix.com’s “Pure Flix Comedy All-Stars” and “Apostles of Comedy,” realized that his son’s reprimand meant that he, too, needed to come up with a plan to watch what was coming out of his own mouth.

“I started paying [my son] a quarter for every cuss word he heard come out of my mouth,” Allen said, noting that he “got tired of paying him” and eventually decided to watch his mouth.

That was all part of Allen’s journey to cleaning up his act and finding faith — with the latter part of the process taking him seven or eight years to complete.

“Someone asked me once, ‘What did you do before you had a family?'” Allen said. “And I said, ‘Well, I starved. I basically talked about alcohol and drugs because that was basically what I did.'”

Allen said his problem with alcohol led him to struggle to function in his 20s, recalling how he couldn’t get up for work.

“I had a problem with it since I started. I had blackouts from the minute I started drinking,” he said. “I started at 14 or 15 and by the time I was 20, 21, I knew I was different from my friends.”

By the time he reached 29 or 30, he was seeing a therapist. He told her that drinking ran in his family and she told him, “Well, you’ve seen the movie. That’s where you’re headed.”

That warning inspired Allen to think deeper about how to fix himself, though he still struggled with drugs. Eventually, he started a 12-step program and found himself grappling with the concept of a higher power.

But he soon started to see what a relationship with God did for people and he wanted that for his own life. Eventually, after exhausting self-help ideals, New Age philosophy, and Buddhism, Allen finally embraced Christianity.

Now, as a clean comic, he’s inspiring other performers to think deeper about the words they incorporate into their acts.

It’s important to hear people’s stories like this because our media today makes it seem as if the world is nothing but darkness and despair, as if God really is dead and no longer at work in the reality we all share with one another.

That couldn’t be further from the truth. He’s alive and well, changing millions of people’s hearts and minds, transforming lives, rescuing folks from addictions, and on the list goes.

Allen’s story is a reminder of that truth and serves as an example that God can save anyone, no matter how bad or far off from him they might seem.