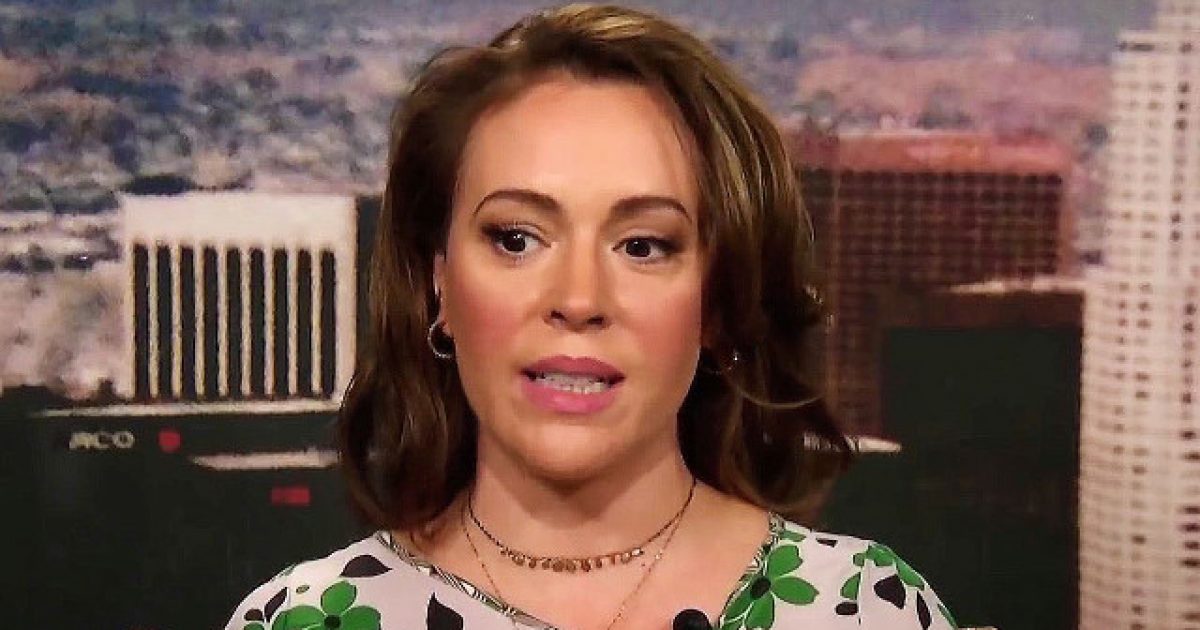 Now, granted, the threat seems pretty empty because Milano hasn’t been relevant in pop culture for decades now, but nonetheless, the mindset she espouses is shared by millions of liberal Americans, so it definitely needed to be addressed.

Milano slammed H.B. 481, the Living Infants Fairness and Equality (LIFE) Act, which bans abortions if a heartbeat is detected. As The Daily Wire reported, over fifty celebrities have signed the letter in solidarity.

Responding on Deadline, Bratcher, who portrays pro-life advocate Abby Johnson in the film, says she is a “proud Georgian” and that she is “incredibly proud of my home state for taking a stand in the fight for life amidst backlash and dubious threats”:

For the latter part of a year I’ve watched as women I’ve admired, like you, spoke out in regards to women’s rights, more specifically women’s reproductive rights. With radical laws like the ones in New York and Vermont being passed, it’s more critical than ever that we are using our voices to fight for the rights of women. One problem, you’re forgetting about the rights of women within the womb. If feminism is all about equal rights, then where are her rights?

She also criticized Milano for saying that the “state leaders are going down a divisive road once again, refighting culture wars and jeopardizing one of the state’s biggest sources of revenue.”

Well Alyssa, let me make something very clear to you. In Georgia, we care just as much about being pro-life as being pro-film. We don’t believe in putting a price tag on the value of a human life. Our brave leaders have stepped up to say enough is enough, we will no longer sit idly by as innocent lives are taken by the thousands each day. If you fault Georgia for choosing to be morally correct over politically correct, then that says more of your personal agenda than the goal of our governor to protect life, liberty and the pursuit of happiness for all. You claim that the HB481 “Heartbill Bill” would make Georgia the most regressive state in the country; I couldn’t disagree more. Abortion is so 1973. Welcome to 2019, a time in which medical advances preserve the life of babies born as early as 21 weeks. In case you didn’t know, that’s three weeks earlier than what most states in the U.S. consider “viable” in their abortion legislation.

Bratcher wasn’t done there. She went on to say that women don’t have abortions because they feel “empowered,” but because the modern day feminist movement gives them a false dichotomy, telling them they have to choose between being a mom and being successful.

The reason conservatives fight so vehemently against abortion is because it is the murder of an image bearer of God and is an egregious crime against man and the Lord. Whether a person believes in God or not is irrelevant. Lack of belief doesn’t change reality. Someone can step blindfolded onto a busy highway and say they don’t believe in cars, ignoring all the car horns and loud engines, but they’ll still go splat.

Let’s hope Alyssa actually responds to the message Bratcher sent to her.