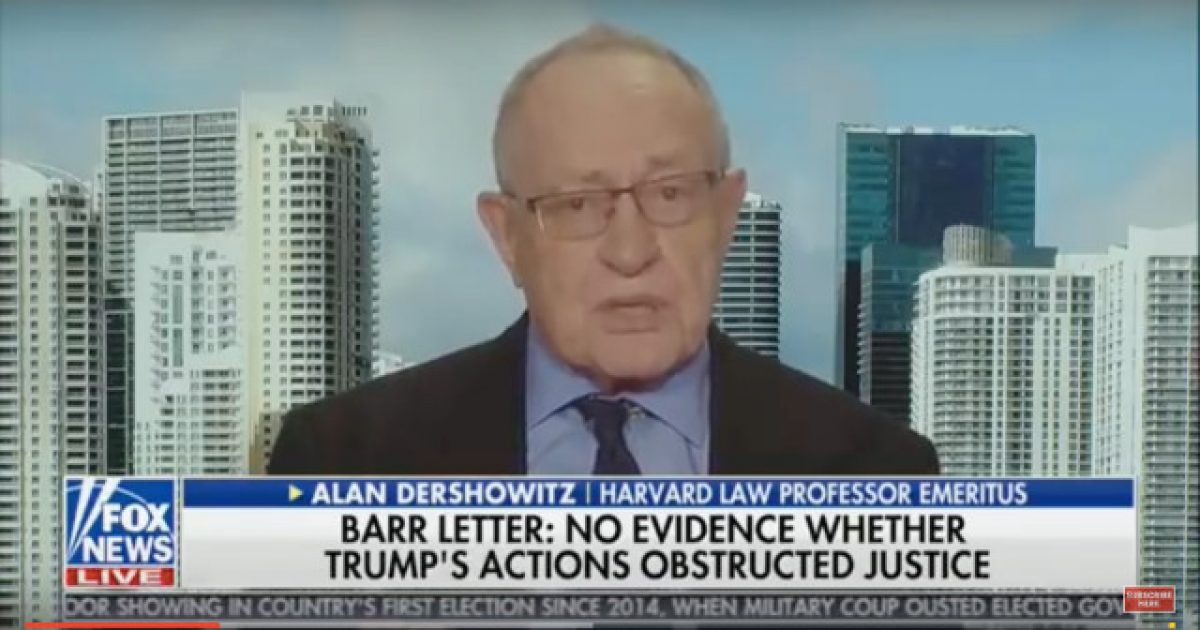 This past weekend was certainly a good one for President Trump and the folks who helped get him elected back in 2016 as Special Counsel Robert Mueller’s report came back stating that neither he did not collude with Russia to influence the election.

While Trump no doubt celebrated this massive victory, folks in the left-leaning mainstream media were having a no-good, terrible, very bad day.

And, to be honest, watching them languish in agony over this has been absolutely glorious.

Alan Dershowitz spoke with Fox News on Sunday where he stated that CNN was having a “very, very bad day,” and noted that many folks in the media mislead the American public about the whole investigation into this alleged collusion.

“Look, I’ve been vindicated,” he said. “I’ve been saying this from day one and been criticized and condemned for simply doing a legal analysis that I think any reasonable, objective, nonpartisan lawyer would have done, would have come to the same conclusion I came to and, essentially, the conclusion that was come to today by the attorney general.”

The mainstream media has all but abandoned any sort of vestige of journalistic integrity, trading in the glorious work of being purveyors of truth and justice, of accountability, in order to become the propaganda wing of the Democratic Party.

These folks have stopped at nothing to try and sabotage President Trump’s agenda, an agenda that is designed to help Americans of all walks of life have a crack at prosperity.

They have maligned Trump at every turn. They have sought to destroy him, hoping for his downfall no matter how much it would hurt their country to have a president involved in such wicked corruption.

And now that it’s been proven that he didn’t collude with anyone, but instead, ran an honest campaign, they are wailing and gnashing their teeth. The fact our president didn’t engage in such behavior is a good thing for all people, yet the left aren’t celebrating, still full of hate and hoping for this man’s ultimate destruction.

The left is self-destructing before our very eyes, and to be honest, that’s the best thing that could happen to this country.