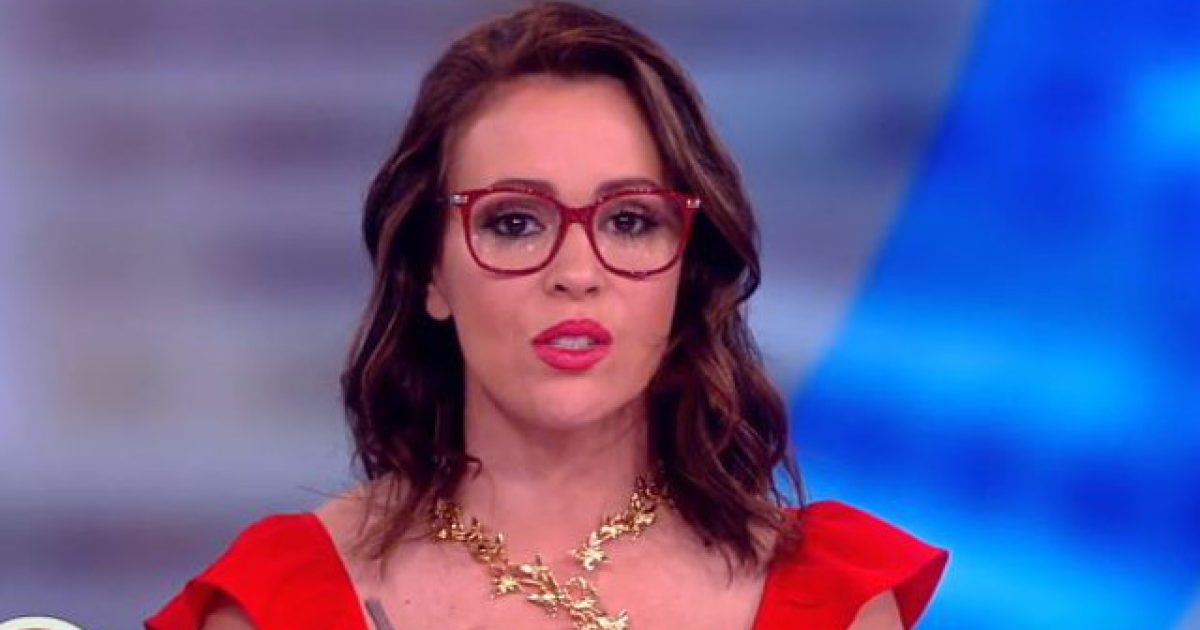 Hollywood and the folks who make up the modern entertainment industry have proven that they are brainwashed automatons who will do whatever their progressive overlords tell them to do, including taking a stand in favor of the murder of unborn children.

Actress Alyssa Milano recently stated that she was going to boycott the state of Georgia if they pass a heartbeat bill called the Living Infants Fairness and Equality Act.

Well, fifty other actors have signed her letter and joined her in having blood on their hands. These people are disgusting to the max.

As actors, our work often brings us to Georgia. We’ve always found your state to be populated with friendly and caring people. We’ve found the hotels in which we stay and restaurants in which we dine while filming there to be comfortable and of a high quality. We’ve been glad to bring millions of dollars in revenue to support Georgia’s schools, parks and communities.

But we cannot in good conscience continue to recommend our industry remain in Georgia if H.B. 481 becomes law.

This dangerous and deeply-flawed bill mimics many others which have already been deemed unconstitutional. As men who identify as small-government conservatives, we remind you that government is never bigger than when it is inside a woman’s body or in her doctor’s office. This bill would remove the possibility of women receiving reproductive healthcare before most even know they are pregnant and force many women to undergo unregulated, hidden procedures at great risk to their health.

We can’t imagine being elected officials who had to say to their constituents, “I enacted a law that was so evil, it chased billions of dollars out of our state’s economy.” It’s not the most effective campaign slogan, but rest assured we’ll make it yours should it come to pass.

This is the precipice on which you stand.

We want to stay in Georgia. We want to continue to support the wonderful people, businesses and communities we have come to love in the Peach State. But we will not do so silently, and we will do everything in our power to move our industry to a safer state for women if H.B. 481 becomes law.

Take a good look at the names who signed this abomination:

These folks are all in favor of the murder of the unborn, proving the moral bankruptcy of leftist Hollywood is more pervasive than many of us probably realized.

How disgusting do you have to be to support something like this? The arguments in favor of abortion are null and void by the simple moral and scientifically agreed upon fact that life begins at conception.

There’s absolutely no legitimate reason one can use to justify killing an unborn child. They are image bearers of God and are deserving of respect and should be provided the same opportunity to live as the rest of us breathing today.

If a woman doesn’t want to have a child there are plenty of things she can do to prevent this from happening. There’s abstinence, condoms, ect. She shouldn’t make an innocent child pay for her own foolish choices.

Nor should should a rape victim punish a child conceived in rape for the sins of the father. Period.