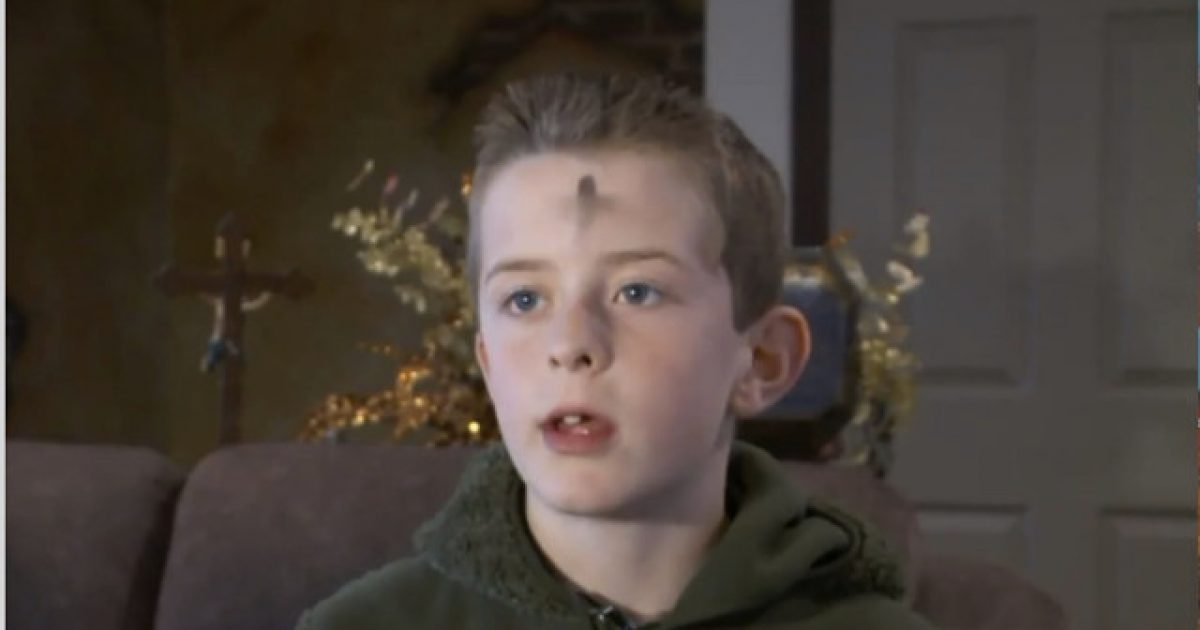 William McLeod, a fourth-grader at Valley View Elementary School in Bountiful, Utah came to class Wednesday morning with an ash cross on his forehead. McLeod is Catholic and like millions of other Catholics across the country, had the cross as an observation of Ash Wednesday.

However, it seems the cross was offensive to his teacher who called it “inappropriate” and forced him to remove it.

“A lot of students asked me what it is,” he recalled to KSTU-TV. “I was like, ‘I’m Catholic. It’s the first day of Lent. It’s Ash Wednesday.'”

William told the station his teacher also seemed perplexed, asking “What is that?”

Despite his explanation, William noted to KSTU that his teacher took him aside and told him the cross was “inappropriate” and to “go take it off.”

With that he told the station that “she gave me a disinfection wipe — whatever they are called — and she made me wipe it off.”

“I felt, like, really bad,” William recalled to KSTU, adding that the incident happened “in front of all my friends.”

William’s grandmother was none too happy with this teacher, who it seems doesn’t understand the whole concept of freedom of religion all that well, giving her an earful during a phone conversation.

“I was pretty upset,” Karen Fisher, William’s grandmother, told KSTU, adding that, “I asked her if she read the Constitution with the First Amendment, and she said, ‘no’ and ‘oh.'”

The Davis School District apologized about the incident and told the station it wasn’t acceptable and that students of all faiths should feel welcomed.

“Why that even came up, I have no idea,” district spokesperson Chris Williams told KSTU. “When a student comes in to school with ashes on their forehead, it’s not something we say, ‘Please take off.'”

William’s teacher could end up facing disciplinary action for the way she handled the situation. She did attempt to make an apology, written on a note card, saying she hoped they “can move forward from this.”

Oh and candy. She included some candy. Because bribes.

Anyway, perhaps along with a punishment for her actions, she could use a refresher course on the Constitution and the meaning of religious liberty? That would be an appropriate discipline for her utter failure here.

The real question to ask is whether or not she would’ve had the same response for a Muslim kid doing something to practice their religion? Probably not.