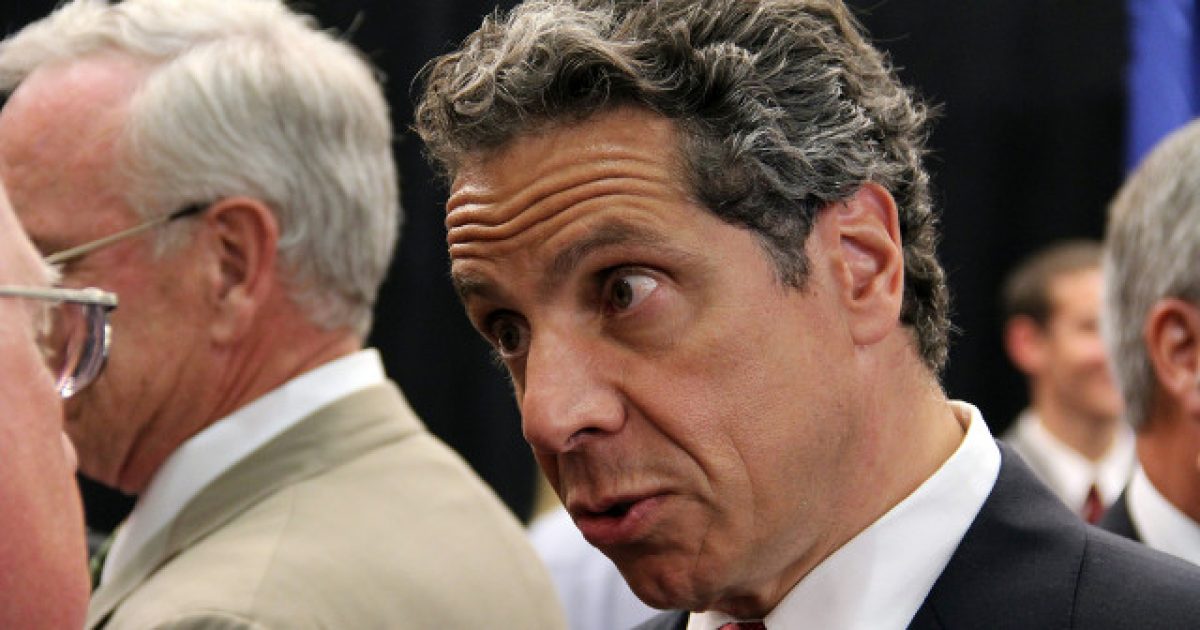 According to New York Gov. Andrew Cuomo, the reason why New York is having such a crappy time with the state’s budget is because the population of the state is dwindling and that, apparently, is all Florida’s fault.

Oh and President Trump’s too.

Yes, it seems folks are packing up and heading down south for more sunshine and warm weather and that makes Florida the bad guy causing all of the monetary woes Cuomo and his fellow citizens are experiencing.

After all, there’s no possible way it could have anything to do with overspending and mismanagement of funds. Never.

Some of that loss comes from more people dying than being born, but its also obvious that high taxes in the state and a high cost of living make it unattractive for many Americans. But late last week, New York Gov. Andrew Cuomo, a Democrat, spun the news of a budget shortfall another way: It’s Florida’s fault.

Cuomo also blamed President Donald Trump’s tax law, which limited “federal deductions on real estate and other local taxes,” according to Bloomberg. This hurt states with high taxes, like New York and other states in the North East, and helped states with already low tax liabilities, like Florida.

“It was politically diabolical and also highly effective,” Cuomo said, according to Bloomberg. “And if your goal is to help Republican states and hurt Democratic states this is the way to do it.”

The Empire State suffered a $2.3 billion revenue shortfall, which Cuomo blamed on the tax law, even though national tax revenue is higher than it was before the tax cuts. Wealthy New Yorkers are looking to leave the high-tax state and provide 46% of the state’s income-tax revenue, Bloomberg reported.

“They are investors, they have accountants, they are making informed decisions,” Cuomo acknowledged. “This is going to be the tipping point and people will now be making a geographical change.”

You’d think that seeing your state’s population flee to another state would make you dig into what that state is doing to become so attractive to folks so that you could maybe implement a similar strategy and increase the enjoyment of living in your own state.

Nope. Not Cuomo. Instead, he makes it a complete and total nightmare to move to Florida. Typical.

“Like other high-tax states, New York’s Department of Taxation and Finance will go to great lengths to keep wealthy residents on their tax lists. The states’ methods can be aggressive: Issuing subpoenas to pore through credit card statements, bank transactions or phone records to track a taxpayer’s location, and sending auditors to interview doormen or confirm doctors’ appointments,” Bloomberg reported.

Cuomo is also making plans to sue the president over his tax law.

Gee, it almost seems like Cuomo is trying to force wealthy folk to stay in his state by force, doesn’t it?

That hardly sounds like freedom. It’s too bad Cuomo doesn’t do the right thing and reduce taxes, thereby incentivizing staying in the state.