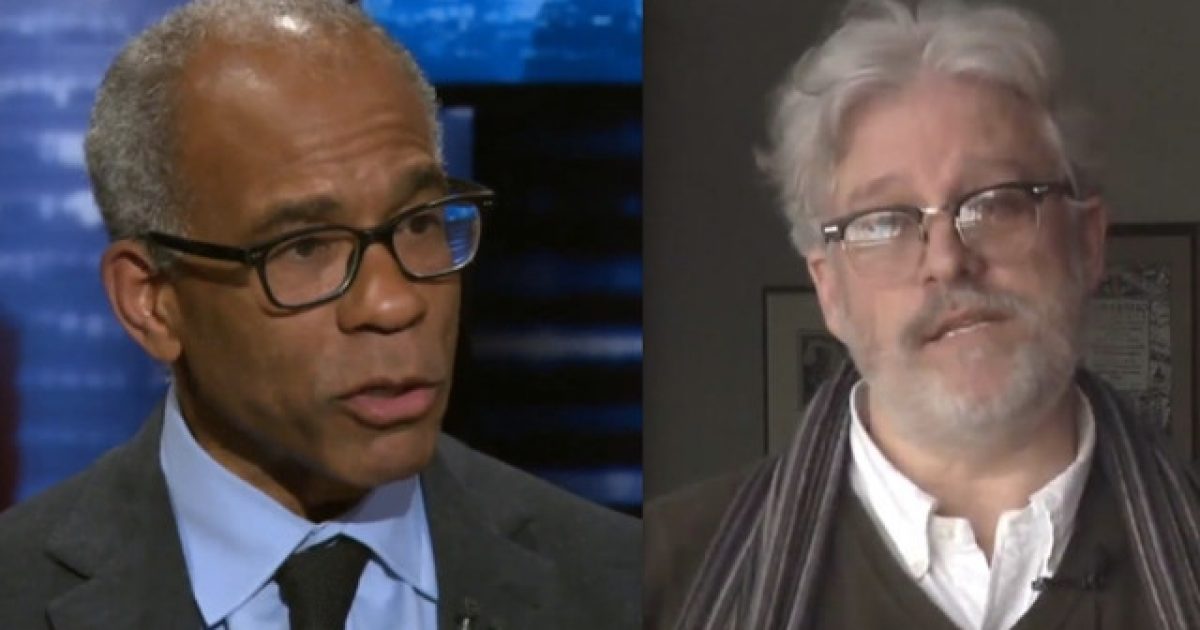 Randall Kennedy, a black professor with Harvard Law School is not at all happy with what Augsburg University in Minneapolis has done to history professor Philip Adamo — who is white — after uttering the N-word.

See, the problem is, he didn’t actually say the N-word. Here’s what really happened.

It all stemmed from a classroom discussion on black author James Baldwin’s book, “The Fire Next Time,” and involved a line from the book that a student read out loud: “You can only be destroyed by believing that you really are what the white world calls a n*****.”

As you might guess, the student said the actual word without redaction, which allegedly made some students uncomfortable.

Adamo stepped in and asked students if it was “appropriate to use the word if the author had used it,” City Pages reported, adding that Adamo also uttered the N-word without redaction.

A student who was in the class that day remembers the incident differently. The student told the Augsburg Echo that Adamo actually read the “exact quote” from page four, and then read it again, this time censoring the slur, and said, “Isn’t it much less impactful if we say ‘N-word?'”
Some students showed up at the next class session who weren’t enrolled in the course, saying they were from the honors program and there to observe — and students actually convinced Adamo to leave the room while students discussed the controversy alone, Inside Higher Ed reported.

Subsequently, Augsburg’s provost “unilaterally” removed Adamo from teaching and his duties as honors program director for the fall semester, Inside Higher Ed reported, and Adamo went on medical leave due to stress. His January suspension letter cites an unspecified “range of issues” raised by students: bias and discrimination, respect for students, teaching competence, and program leadership, the outlet added.

The American Association of University Professors is backing Adamo on the basis of academic freedom, Inside Higher Ed noted, but three Augsburg professors wrote an op-ed in the student newspaper, the Echo, saying the academic freedom claim “in defense of language that harms students turns the very principle that makes true learning possible into a mechanism for enforcing institutional racism.”

Kennedy, whose impressive credentials include attending Princeton University, Oxford University, and Yale Law School, and notable contributions on racial issues, said that Augsburg’s decision is a “dispiriting farce” that “discredits those who have played a role in it and undermines Augsburg’s claim to be a serious institution of higher learning.”

“First, there are the students who complained that they had been shocked, hurt, and made to feel unsafe by the professor’s use’ of the N-word,” Kennedy began. “How can anyone sensibly think that Adamo was ‘using’ the N-word, in the sense of deploying it destructively? As Adamo stated in his own defense, there is ‘a distinction between use and mention. To use the word to inflict … harm is unacceptable. To mention the word in a discussion of how the word is used is necessary for honest discourse.'”

He added that “none of those distinctions require deep insight. They should be obvious. Students unable to appreciate them are students unprepared for university life.”

Kennedy also criticized Adamo, saying he “compromised himself when he allowed himself to be cowed by the students, who prevailed upon him to abandon his classroom. He should never have left it. He should have invoked his authority as a professor. There is a reason he was leading the class: He knows more about the subject at hand than his students do. That is a justifiable basis on which to pull rank, to insist on a display of at least minimal respect. By caving, Adamo elicited neither sympathy nor understanding, but contempt.”

Here’s another snippet of Kennedy’s criticisms of Augsburg.

By all appearances, those who have most betrayed academic ideals at Augsburg are the president, Paul C. Pribbenow, and the provost, Karen Kaivola. They are the ones who punished Adamo. They are the ones who allowed a perfectly acceptable pedagogical decision to be turned into an academic crime. They are the ones who have, in their published statements thus far, neglected to say anything critical about the students who encroached upon a professor’s classroom. They are the leaders who, in a moment of crisis, have failed miserably to educate their campus about the aims and priorities, freedoms and limitations that should be part and parcel of life at a serious university.

Kennedy is absolutely spot on about this whole situation. It’s a farce and a perfect illustration of how nutty you have to be in order to participate in the modern political correctness movement, which seems to be devoid of any sort of common sense.

How wacky is it to punish a teacher for something like this? And what’s worse is that Adamo didn’t really do a stellar job of defending himself, allowing these folks to just walk all over him and his rights.

This is why institutions of higher learning have become liberal cess pools. Conservatives are afraid to lose their jobs if they openly discuss their political views on campus. Angry students will use their ideology against them to get them booted from their positions.