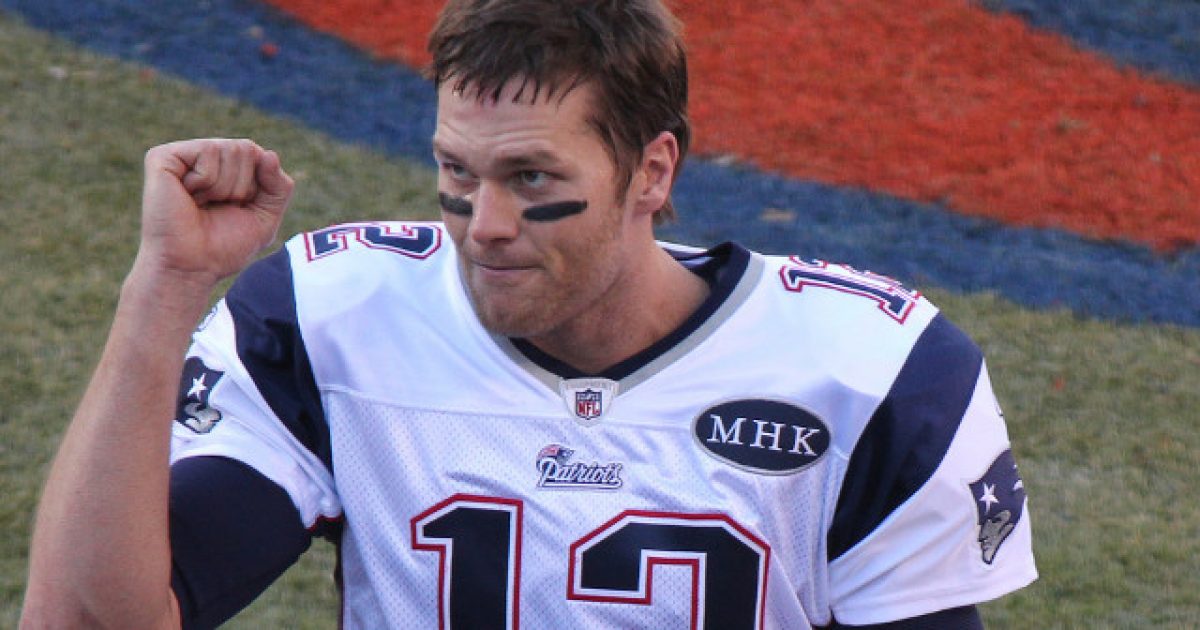 New England Patriots star quarterback Tom Brady came up to the line of scrimmage during the third quarter of the Super Bowl this past Sunday, noticed how the Los Angeles Rams’ defense was positioned and opted to change the play.

Microphones close to the action picked up the audible, a play that was invoked by the name of former President Ronald Reagan, one of the best leaders this country has ever seen next to George Washington himself.

Well you know this was my favorite #Superbowl moment with a @ronaldreagan40 shoutout!

“Of course Reagan means run to the RIGHT”

After the snap, he handed off the football to running back Sony Michel, who ran toward the right for a 4-yard gain, SB Nation reported.

Former Dallas Cowboys quarterback Tony Romo was adding commentary to the game broadcast and noted after the play that Brady’s audible meant something like “run to the right,” the outlet added.

What did viewers think of all this? Well, conservatives adored it while liberals hated it. That’s probably not a bit surprising, is it?

“I love it,” one Twitter user noted. “Tom Brady shouted Reagan Reagan, and then they ran to the right. I officially love Tom Brady, and the Patriots are officially the team of the Republican Party.”

“Tom Brady just called ‘Reagan Reagan,’ which according to Tony Romo means run to the right,” another added. “I now concede that Tom Brady is the GOAT.”

“Y’all still hype up Tom Brady as if he isn’t a racist trump lover???” one Twitter user asked. “Did y’all not hear the Reagan thing either??? Or are we choosing to ignore those things???”

“OF COURSE Tom Brady would have an audible named after Ronald Reagan,” another noted. “God I hate Tom Brady.”

“Ronald Reagan and Tom Brady are both pieces of s**t,” yet another succinctly put it.

Just imagine how hard the haters cried when Brady and the Patriots took home yet another Super Bowl trophy?

Their screams of agony are oh so delicious!