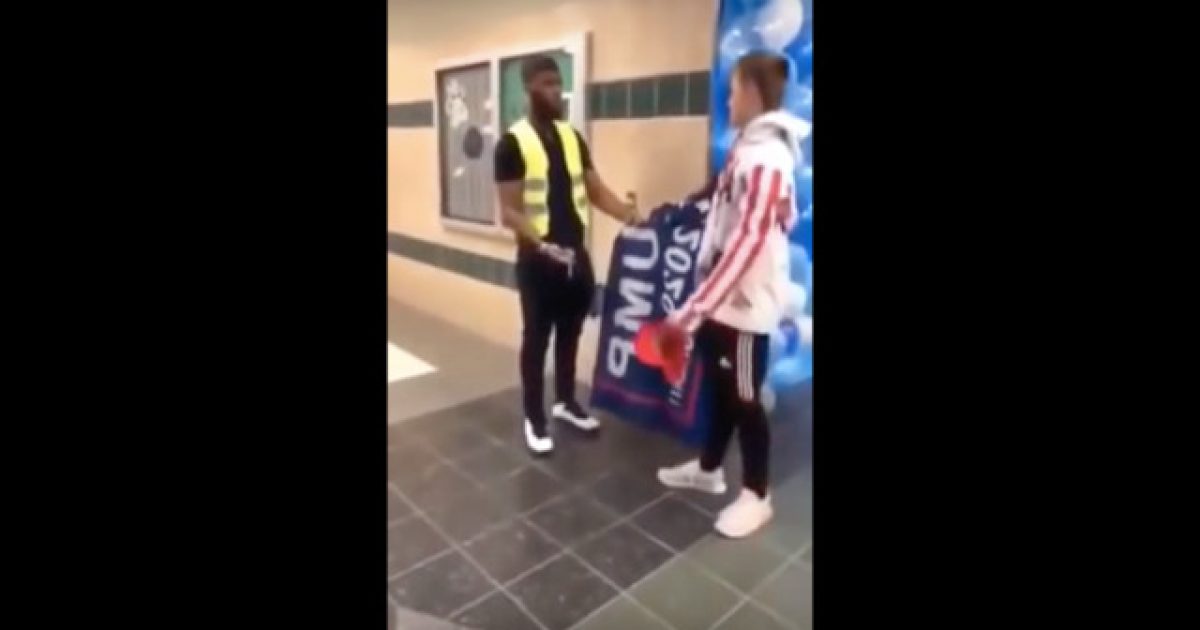 A senior at an Oklahoma high school was captured on video bullying a fellow student over his support of President Trump, preventing the student from being able to pass by in the hallway.

And that’s just the beginning.

This is disgraceful. This young man’s parents should be ashamed of the child they’ve raised.

The incident was brought to the attention of the school resource officer, and a municipal summons for assault was issued to the student who knocked off the other student’s MAGA hat, KFOR-TV reported.

The school district spoke with the media saying the student in the MAGA hat had not violated school dress code due to a special fundraising event. Here’s the statement they released in response to the controversy:

Edmond Public Schools is aware of cell phone video captured and posted to social media showing an incident between two students in a hallway at Edmond Santa Fe High School. The incident took place Monday, February 25th, the start of Santa Fe’s Double Wolf Dare Week, a series of assemblies, night events, sports tournaments and other events organized and staged to raise money toward the annual fund-raising goal. On the 25th, students were allowed to contribute a dollar to the fundraising cause in exchange for a pass to wear headgear to school, which is typically not allowed in school facilities during the school day.

In the video, a student is seen confronting a classmate who is wearing a “Make America Great Again” hat and carrying a “Trump” flag. The student then proceeds to grab the flag and knock the hat off of his classmate’s head.

Given that hats were allowed at school yesterday as part of the week-long fundraising events, there was no specific dress code violation. The student’s choice to grab a classmate’s property and knock his hat off did, however, violate the school’s discipline policy. In response, Edmond Santa Fe High School administrators, working simultaneously with Edmond Police, addressed the incident with swift and immediate disciplinary action.

The school district honors students’ First Amendment rights, but must at the same time be vigilant in teaching and supporting students as they learn how best to respectfully express their opinions.

Probably afraid he’d get held accountable for his actions by the legions and legions of Americans who would be furious with his conduct, which was beyond shameful.

It’s okay if he doesn’t like the president. It’s not okay to express that distaste by hurting others or lashing out violently. He should’ve known better. Time to grow up.

Then again, these kind of folks are exactly the kind of individuals liberals want. Those loyal to their cause.