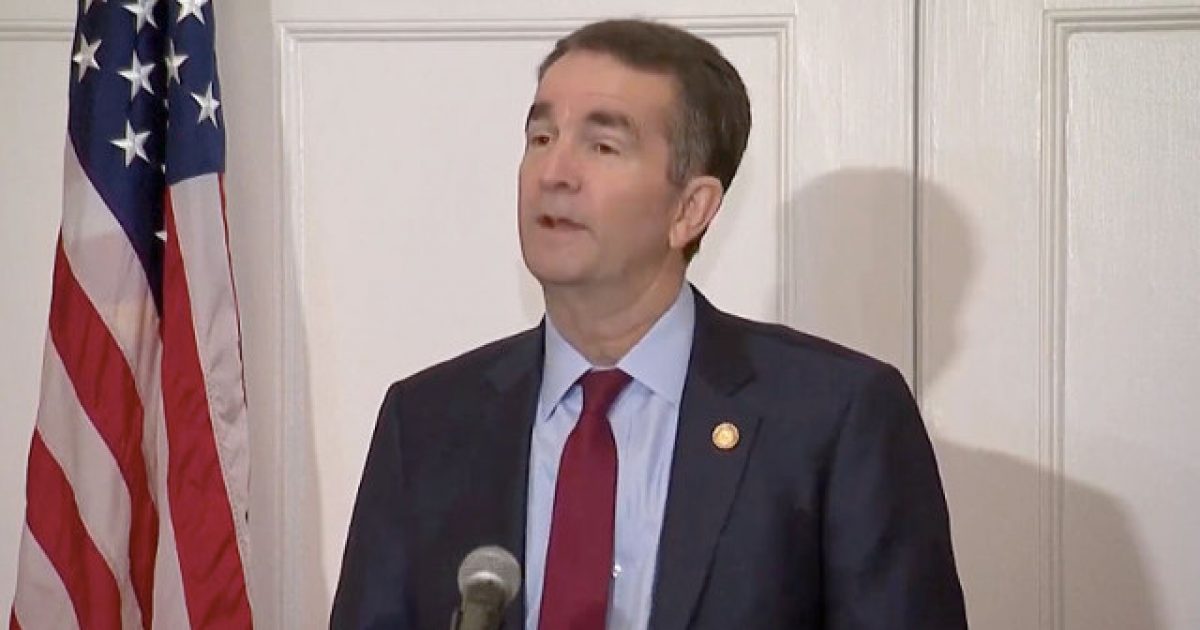 Virginia Governor Ralph Northam, the man who supports sick and twisted crime of infanticide, is finding himself in a fresh pot of boiling hot controversy.

Northam has been under heavy scrutiny since photos of him in blackface surfaced not long after he voiced his support for late-term abortion, AKA, infanticide.

A video has resurfaced which shows Northam refusing to shake his opponent’s hand during a debate. His opponent was a black man.

The video, which has circulated on social media for years, shows the very end of a debate when then-Virginia Lieutenant Governor candidate Northam refused to shake hands with his opponent E.W. Jackson during an on-air debate.

Writing for Breitbart News, Larry O’Connor reported that he interviewed Jackson on “Mornings on the Mall” on WMAL in Washington, D.C., where he asked Jackson about the incident.

“It was insulting, but, on the other hand, I thought it was consistent with the way he behaves,” Jackson said. “Because, this spot he’s been running, saying that I believe that a child born with birth defects is born that way because of their parents’ sin is just a damnable, palpable, despicable lie. I don’t believe that. I never said anything like that. And it’s that kind of dishonesty that, to me, says this is not the kind of person that needs to be holding state-wide office. Not shaking my hand really just confirmed that.”

You know, the term “racist” gets thrown around too willy-nilly these days, what with the left’s weird obsession with wanting to make everything about color and all, but this is seeming more and more like a legitimate case of racism.

Northam might just be the boogeyman that liberals have been looking for under every rock and in every cranny across the country. Ironically, he’s part of their own party and movement.