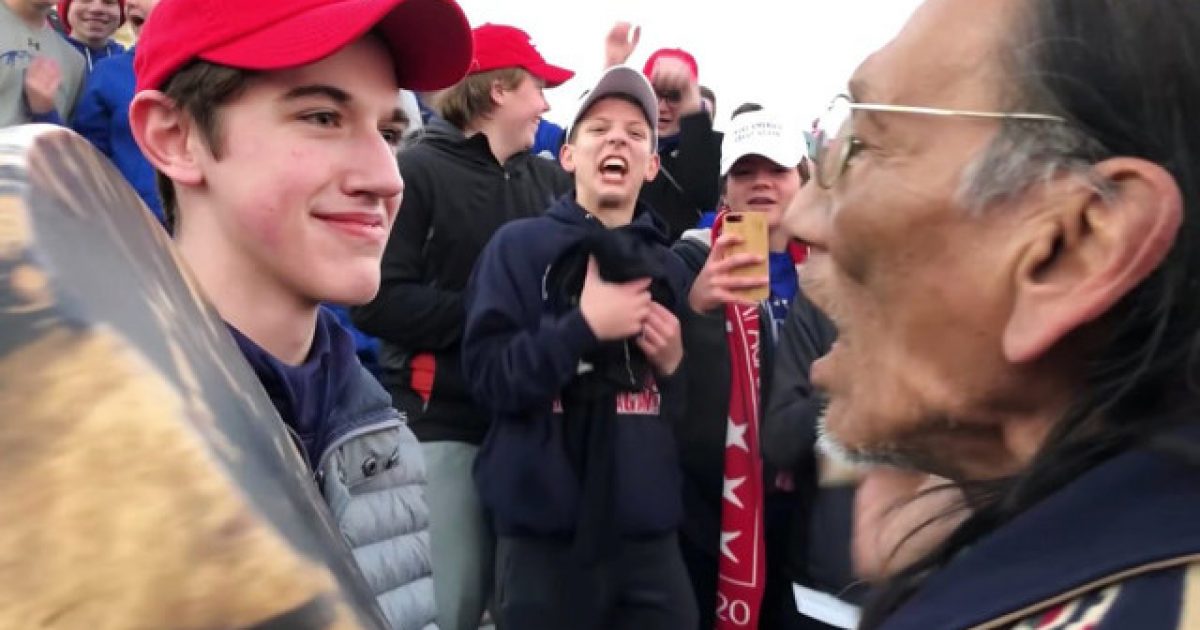 Sandmann and other members of his class were present at the March for Life where they were confronted by Native American activist Nathan Phillips on the steps of the Lincoln memorial. The whole fiasco was captured on video and catapulted Sandmann into the national limelight, resulting in the young man receiving death threats, being labeled a racist and so many other egregious things.

Well, his attorney has released a powerful new video that reveals the truth behind the incident and it’s a must-see.

On Saturday, one of Sandmann’s attorneys, high-profile lawyer L. Lin Wood, published a 14-minute video highlighting the narrative arc of the controversy, beginning with the media’s rush to judgment and ending with the vindication of Sandmann and his classmates.

“[Two] weeks ago, the mainstream media, politicians, church officials, commentators, & celebrities rushed to judgment to wrongfully condemn, threaten, disparage & vilify Nick Sandmann based solely on a few seconds of an out-of-context video clip. It only takes 15 minutes to learn the truth,” Wood wrote in the video’s description.

On Friday, Sandmann’s team of lawyers took the first step in obtaining justice for the student and his family, sending 54 letters to media organizations, journalists, Hollywood celebrities, and Catholic organizations they say are culpable in defaming Sandmann in their contribution to the media’s initial narrative. Included on the list are the New York Times, the Washington Post, Bill Maher, Alyssa Milano, Jim Carrey, NBC’s Chuck Todd, among dozens of others.

Todd McMurtry, one of Sandmann’s lawyers, told the Cincinnati Enquirer: “We don’t want this to happen again. We want to teach people a lesson. There was a rush by the media to believe what it wanted to believe versus what actually happened.”

The mainstream media is always looking for a way they can take down President Trump and if they can’t seem to do that directly — and they can’t — they set their sights on his followers, hoping that they can inadvertently damage him through them.

This, of course, is totally absurd. What’s worse, they don’t seem to care they are destroying someone’s life by dragging them through the mud on national television and across the Internet. This poor kid, who did nothing wrong, has had his life turned upside down for no reason at all.

It’s disgusting and the media ought to be ashamed of themselves.