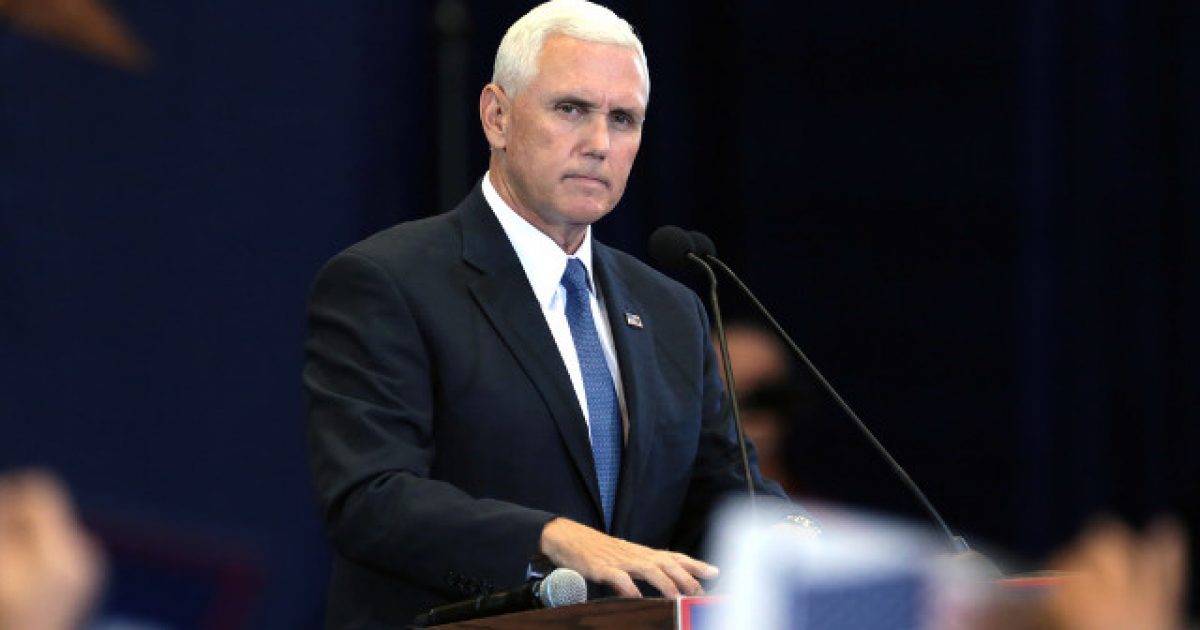 The apology in question featured Omar basically saying she was sorry for her comments, then turning around essentially making the same comments again.

“Anti-Semitism has no place in the United States Congress, much less the Foreign Affairs Committee,” Pence tweeted. “Those who engage in anti-Semitic tropes should not just be denounced, they should face consequences for their words.”

.@IlhanMN tweets were a disgrace & her apology was inadequate. Anti-Semitism has no place in the United States Congress, much less the Foreign Affairs Committee. Those who engage in anti-Semitic tropes should not just be denounced, they should face consequences for their words.

The vice president’s condemnation echoed that of President Trump, who earlier Tuesday dismissed Omar’s apology as “lame” and called for her resignation.

“Anti-Semitism has no place in the United States Congress,” Trump said during a Cabinet meeting at the White House. “And I think she should either resign from Congress or she should certainly resign from the House Foreign Affairs Committee.”

Omar apologized on Monday for comments the previous day suggesting that U.S. support for the Jewish state is the result of money flowing from the American Israel Public Affairs Committee (AIPAC), an influential pro-Israel lobbying group. In her apology she said her “intention is never to offend my constituents or Jewish Americans as a whole.”

The Minnesota Democrat on Sunday evening retweeted journalist Glenn Greenwald’s response to a story about House Minority Leader Kevin McCarthy (R-Calif.) promising “action” against Tlaib and herself over their alleged anti-Semitism.

She captioned that retweet with the message, “It’s all about the Benjamins baby,” referring to money.

When asked on Twitter who she “thinks is paying American politicians to be pro-Israel,” Omar replied “AIPAC!” referring to the group that promotes close ties between the U.S. and Israel. The organization does not donate directly to political candidates, but many of its members do.

Speaker Nancy Pelosi (D-Calif.) and other Democratic leaders condemned the lawmaker’s use of “anti-Semitic tropes” that are “deeply offensive.”

Republicans have lambasted Omar over the comments, and called on Democrats to strip her of her seat on the Foreign Affairs panel. After she apologized, House Majority Leader Steny Hoyer (D-Md.) told Roll Call that she would not lose her assignment.

The kind of comments Omar continues to make should absolutely not be tolerated by other members of Congress, regardless of party affiliation.

We can all agree that hating a group of people based on their ethnicity is wrong. This is a principle the left claims to strongly adhere to, however, when it comes to legitimately putting it into practice, they don’t often live up to their own standards.

Perhaps, if Omar can’t keep her anti-Semitism under wraps, she should step down from her post?