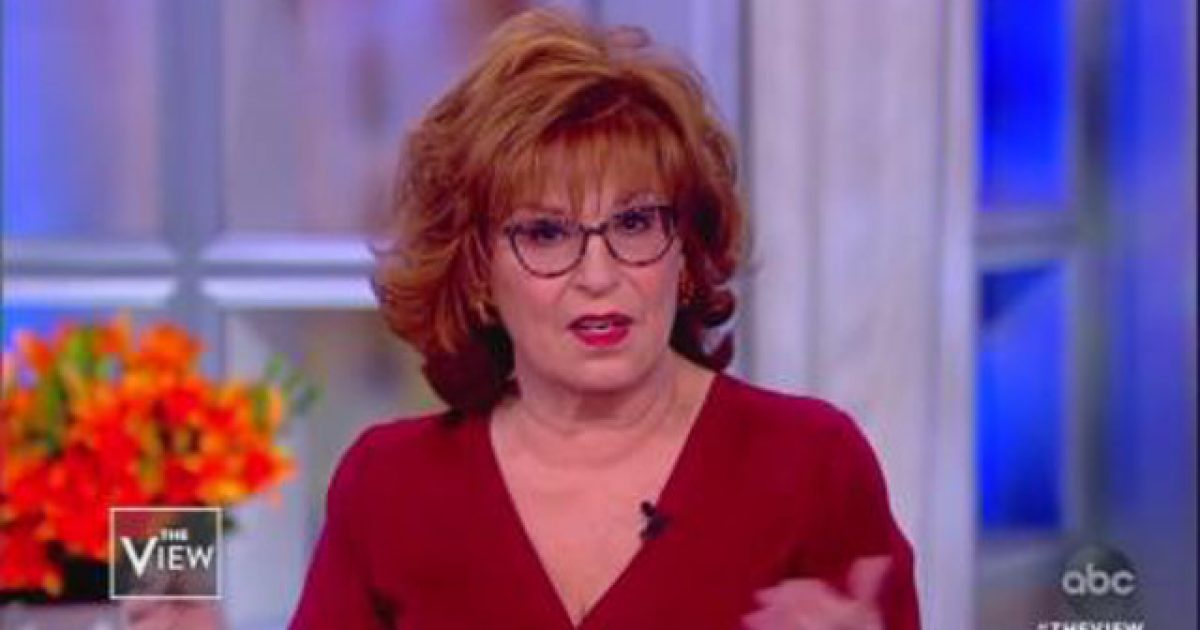 Video from a 2016 episode of the horrendous “The View” has surfaced online and features co-host Joy Behar confessing that when she was a young doe of 29 she dressed as an “African woman” for Halloween, including darkened skin.

Now, if you remember back awhile ago, when “Today” host Megyn Kelly said using blackface was acceptable for a costume, she was forced to resign from her job. So why is Behar still employed over at “The View?”

Where is all the leftist outrage demanding she be fired? Why didn’t the left fairly apply their principles to this woman immediately following the admission?

The segment was focused on the “feminist statement” of embracing naturally curly hair. This triggered Behar to show off a photo of her 29-year-old self in the controversial costume, proudly boasting about her natural curls and how “cute” she was.

“Are you my auntie, Joy?” Raven-Symoné joked.

“I was 29,” explained Behar. “I went as a beautiful African woman.”

Reacting to Raven-Symoné’s clear change of tone, Behar asked, “Why are you upset with me now?”

“Did you have tanning lotion on, Joy?” Raven-Symoné asked.

“I had makeup that was a little bit darker than my skin,” Behar explained.

The show even ran an image of the old photo pic.twitter.com/qKQqzDPxyn

Again, the question must be asked. Why in the world is she still allowed on the air? If Behar were a conservative, she’d have been told to clear out her desk on the next commercial break. But apparently if you belong to the left, well, you can get away with just about anything.

This is why so many people laugh at progressives. They cannot consistently live according to their own worldview principles.