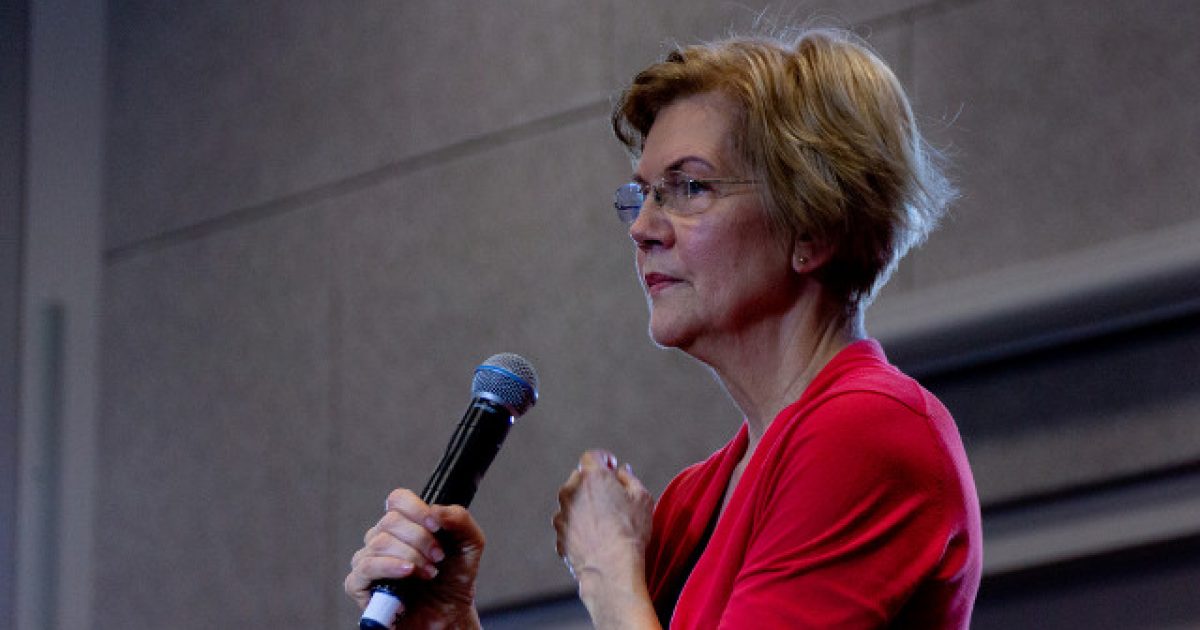 As if Sen. Elizabeth Warren, a habitual stretcher of the truth, couldn’t possibly be any more repulsive of a human being, she goes and mocks the friendship shared between President Trump and Israeli Prime Minister Benjamin Netanyahu.

This woman just does not understand how to play politics at all. It’s like she has no idea what her own party is like or what the American people are like. It’s tragic and pathetic.

Her comments were made during an episode of Pod Save America, hosted by Tommy Vietor.

Vietor prompted the nastiness by asking, “When I look at Israel, I look at Bibi Netanyahu putting up campaign signs that feature big photos of him and President Trump. This weekend, he released a TV ad attacking his opponent, Benny Gantz, accusing him of colluding with Obama behind his back, and it had this like, grainy, darkened image of Obama, and I’m just wondering does it worry you that such a close ally has fully aligned with one political party, the Republican Party?”

Warren responded, “Yes, that’s what I was talking about, the difference between the administrations. Yes, and honestly, I don’t think this is good for Israel. I mean, I think this is terrible for Israel and that that’s the direction he’s going. Of course, also remember, he’s under investigation, others in his administration, in his family —“

Vietor mocked, “Are we talking about Netanyahu or Trump?”

Warren pretended seriousness: “Oh, I’m sorry, which one were we talking about? Yeah, sentence applies in both places, doesn’t it? But I think that is part of the point; Trump is not forever and neither is Netanyahu.”

Why Israel should even consider aligning itself with the Democratic Party, which harbors open-Semites such as Reps. Ilhan Omar (D-MN) and Rashida Tlaib (D-NY) is anyone’s guess; why Israel should consider the same party that pushed for the Iran nuclear deal, which Warren also voted for, a deal which did nothing to stop Iran’s existential threat to the Jewish state and in fact, may well have expedited it, is anyone’s guess.

Is this just more typical Democratic anti-Semitism? Well, to be honest, it might very well be. The hatred of the Jewish people seems to be permanently baked into left-wing ideology, which makes sense when you trace the root of liberal thinking back to Hitler, which is where the modern iteration of it was born.

Israel is our best ally in the Middle East, the only one we can trust, and they deserve to be treated with respect. They’ve given us plenty of help in dealing with our issues in the area. The least we can do is give them plenty of support in return.

This is apparently something Warren doesn’t understand.

“Does it worry you that such a close ally has fully aligned themselves with one party, the Republican party?” — @TVietor08 asks @ewarren about Israel.