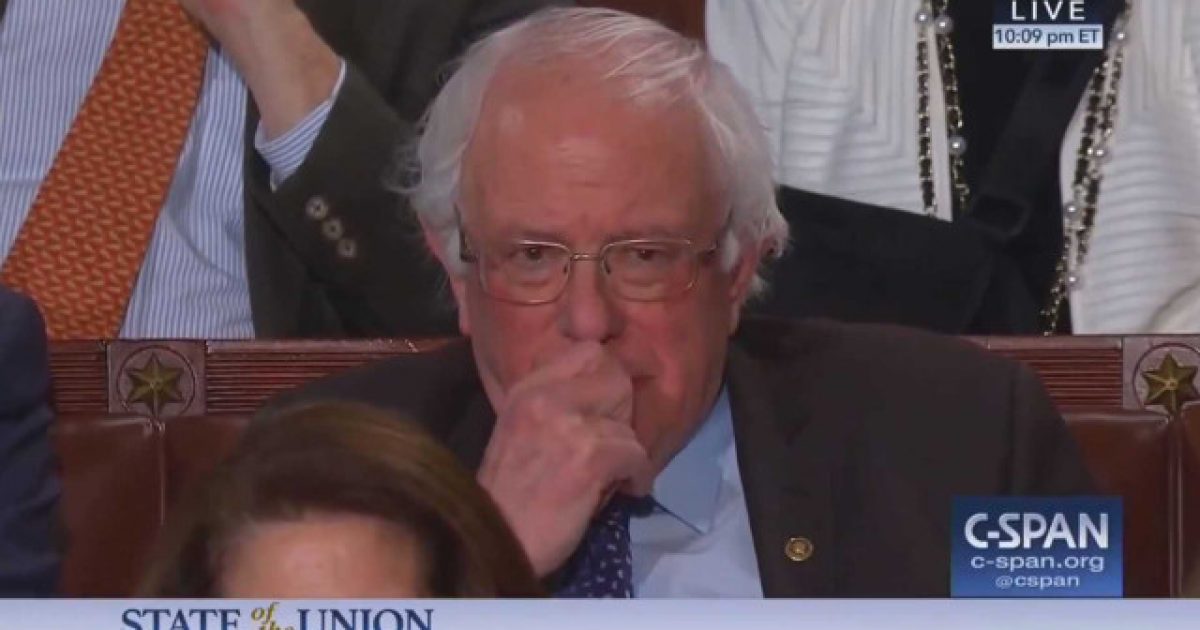 President Donald Trump delivered an epic State of the Union speech Tuesday night, a message that was well received with three of every four viewers happy with what they heard.

However, there was one poor grumpy Gus in the audience who was none too happy with the president and his putting socialism on blast during the speech:

“We stand with the Venezuelan people and their noble quest for freedom and we condemn their brutality of the Maduro​regime, whose socialist policies have turned that nation from being the wealthiest in South America into a state of abject poverty and despair,” Trump said.

“Here in the United States, we are alarmed by the new calls to adopt socialism in our country,” Trump continued. “America was founded on liberty and independence and not government coercion, domination, and control. We are born free and we will stay free.”

“Tonight, we renew our resolve that America will never be a socialist country,” Trump continued.

President Donald Trump slams socialism: “America was founded on liberty and Independence and not government coercion, domination, and control. We are born free and we will stay free.”

“America will never be a socialist country.”

Bernie Sanders has a massive frown on his face pic.twitter.com/dY0D2J2CKJ

Speaking at the National Committee for Independent Political Action in New York City on June 22, 1989, Sanders stated, “In Vermont, everybody knows that I am a socialist and that many people in our movement, not all, are socialists. And as often as not — and this is an interesting point that is the honest-to-God truth — what people will say is, ‘I don’t really know what socialism is, but if you’re not a Democrat or a Republican, you’re OK with me.’ That’s true. And I think there has been too much of a reluctance on the part of progressives and radicals to use the word ‘socialism.’”

If you look real close at Bernie, you can almost see the wet trail of a tear tracing the contour of his cheek as he realizes that Trump and conservatives are never going to allow him to have a chance to build his oppressive dystopian nightmare in this country.

Socialism is a road that leads to oppression due to the fact it consolidates too much power in the hands of a few individuals — who are wrongly believed to be superior to the average human being in someway — who will act as a parent to the citizenry.

No thanks. Pretty sure we can all take care of ourselves.

Glad to see Trump standing against socialism, which is a real threat to our way of life. No wonder people adored this SOTU.

Keep it up, Mr. President!