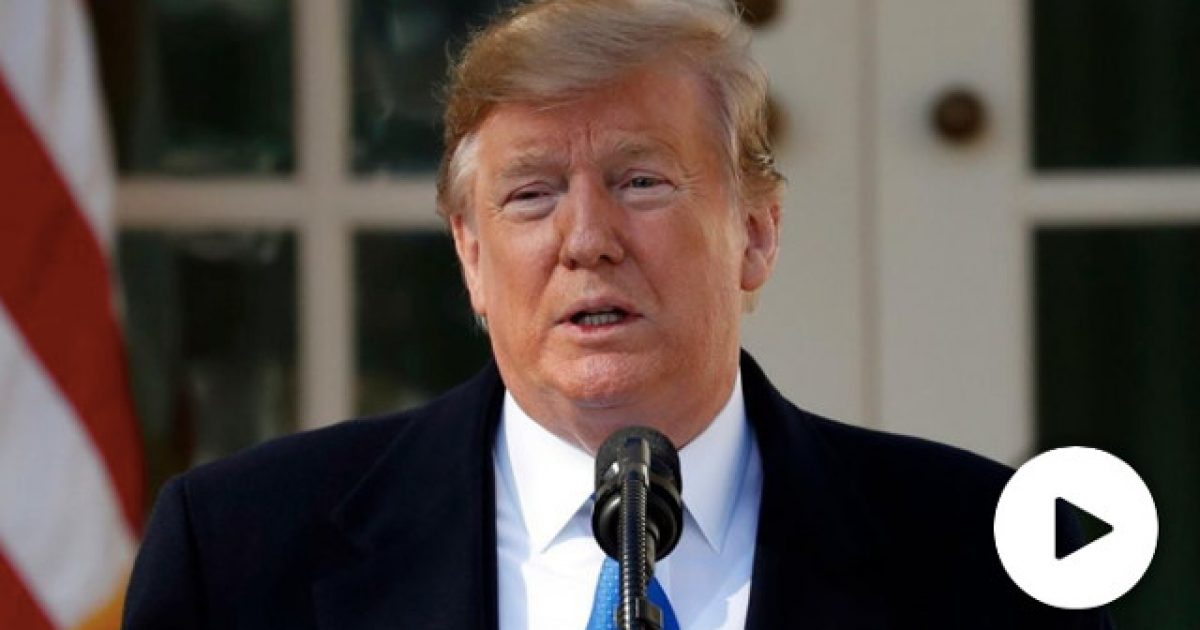 President Trump stated on Friday that he is declaring a national emergency at the border, using his executive powers to divert billions of dollars toward the construction of a wall as he plans to sign a funding package that will include $1.4 billion for border security.

This is going to make a significant number of folks very, very unhappy.

The move is expected to face a swift and forceful legal challenge that could stall the attempt in the courts for the near future. But the declaration and other money-moving plans allow Trump to continue to fight for border wall construction while also averting another partial government shutdown — which would have been triggered at midnight absent the new funding package.

Trump, in the Rose Garden, declared once again that “walls work” as he confirmed he’ll sign the emergency declaration.

“We’re talking about an invasion of our country,” Trump said.

And in an almost-casual tone, the president predicted a legal fight that will wind up before the Supreme Court.

“We will have a national emergency, and we will then be sued,” Trump said, adding that the federal appeals courts could well rule against his administration. “Then we’ll end up in the Supreme Court, and hopefully we’ll get a fair shake, and we’ll win at the Supreme Court — just like the [travel] ban.”

A senior administration official told Fox News that the White House plans to next move $8 billion in currently appropriated or available funds toward construction of the wall. Of that, $3 billion could be diverted with help from the emergency declaration.

That money includes about $600 million from the Treasury Department’s forfeiture fund. That money has been described as “easy money” that the White House can use however it wants. The White House is also expected to use drug interdiction money from the Department of Defense.

But by declaring an emergency, Trump would also seek to unlock money from the Defense Department’s military construction budget as well, to the tune of $3.5 billion.

As you might imagine, Speaker of the House Nancy Pelosi and Senate Democratic Leader Chuck Schumer were not at all thrilled by the president’s course of action, releasing a statement on the matter not long after Trump’s announcement.

“This is plainly a power grab by a disappointed President, who has gone outside the bounds of the law to try to get what he failed to achieve in the constitutional legislative process,” House Speaker Nancy Pelosi and Senate Democratic Leader Chuck Schumer said in a statement. “The President’s actions clearly violate the Congress’s exclusive power of the purse, which our Founders enshrined in the Constitution.”

They vowed Congress would “defend our constitutional authorities in the Congress, in the Courts, and in the public, using every remedy available.”

​​​​​”The President’s declaration of a national emergency would be an abuse of his constitutional oath and an affront to the separation of powers. Congress has the exclusive power of the purse, and the Constitution specifically prohibits the President from spending money that has not been appropriated. … This is a gross abuse of power that cannot be tolerated,” House Judiciary Committee Chairman Jerrold Nadler, D-N.Y., said in a statement.

What’s ridiculous is that it’s even been necessary to take such a step to get this wall built for the safety and security of the United States. This is a no-brainer. Folks are invading our country, threatening both our economic prosperity and our physical safety.

Hopefully the funds for the wall are accrued and our nation is made safe once again.