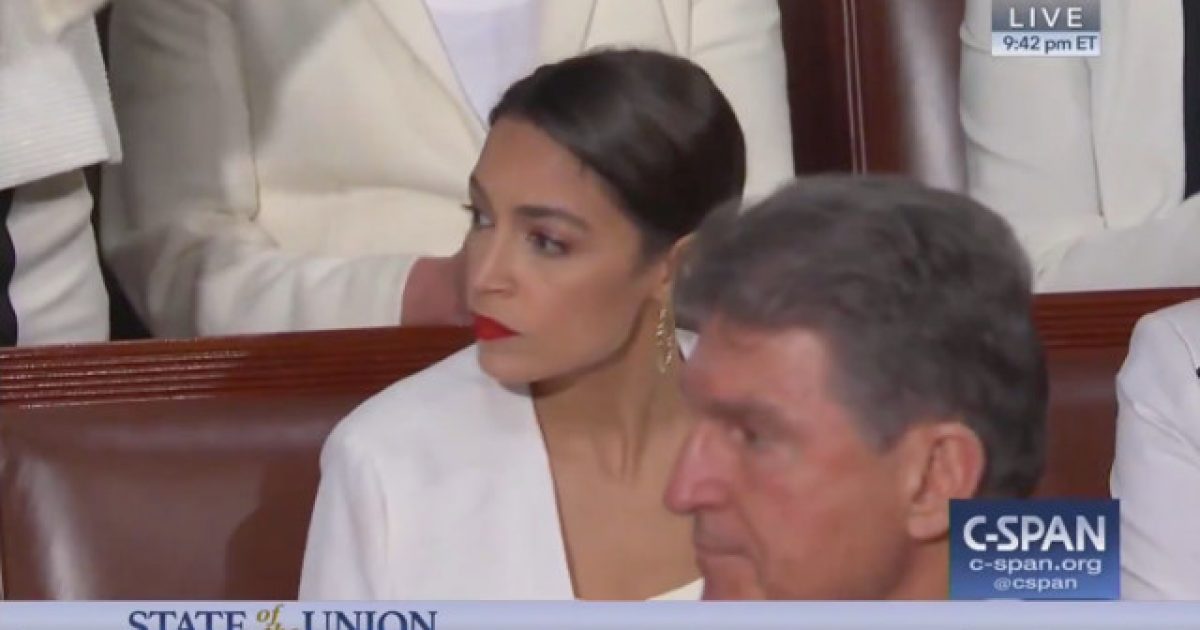 Everyone’s favorite Democratic Socialist Rep. Alexandria Ocasio-Cortez’s response to President Trump’s call for a strong fight against child sex trafficking is one of the top stories going around today.

Want to know why?

Because it’s incredibly disrespectful to the victims of this horrific crime and puts the partisanship of the left on full display. These people aren’t even willing to stand together on issues that should be no-brainers.

“Not one more American life should be lost because our nation failed to control it’s very dangerous border,” Trump said. “In the last two years, our brave I.C.E. officers made 266,000 arrests of criminal aliens including those charged or convicted of nearly 100,000 assaults, 30,000 sex crimes, and 4,000 killings or murders.”

“We are joined tonight by one of those law enforcement heroes, special agent Elvin Hernandez,” Trump continued. “When Elvin was a boy, he and his family legally immigrated to the United States from the Dominican Republic. At the age of eight, Elvin told his dad he wanted to become a special agent. Today, he leads investigations into the scores of international sex trafficking. Elvin says that if I can make sure these young girls get their justice, I have really done my job.”

“Thanks to his work and that of his incredible colleagues, more than 300 women and girls have been rescued from the horror of this terrible situation and more than 1,500 sadistic traffickers have been put behind bars,” Trump added.

Everyone stood up and applauded at that moment, except for Ocasio-Cortez, who took several moments to look around to see if she should stand. After seeing everyone else stand she begrudgingly stood, but refused to clap, even as most of her Democratic colleagues did so.

President Trump highlights the important work that ICE does, including rescuing women and little girls from sex trafficking

Socialist Alexandria Ocasio-Cortez begrudgingly stands up after several moments and refuses to clap…while she is wearing white to promote women’s rights pic.twitter.com/R3mTfsNEzL

Ocasio-Cortez takes all of the things we’ve grown to despise about the left, which exist in small doses scattered amongst a sea of different liberal personalities, and rolls them all into one person.

Standing up, in solidarity, against a scourge on the human race, ought to be something both Democrats and Republicans can do without an issue. It shows maturity on individuals in both parties.

Guess Ocasio-Cortez really is acting her age. Or maybe it’s her shoe size.