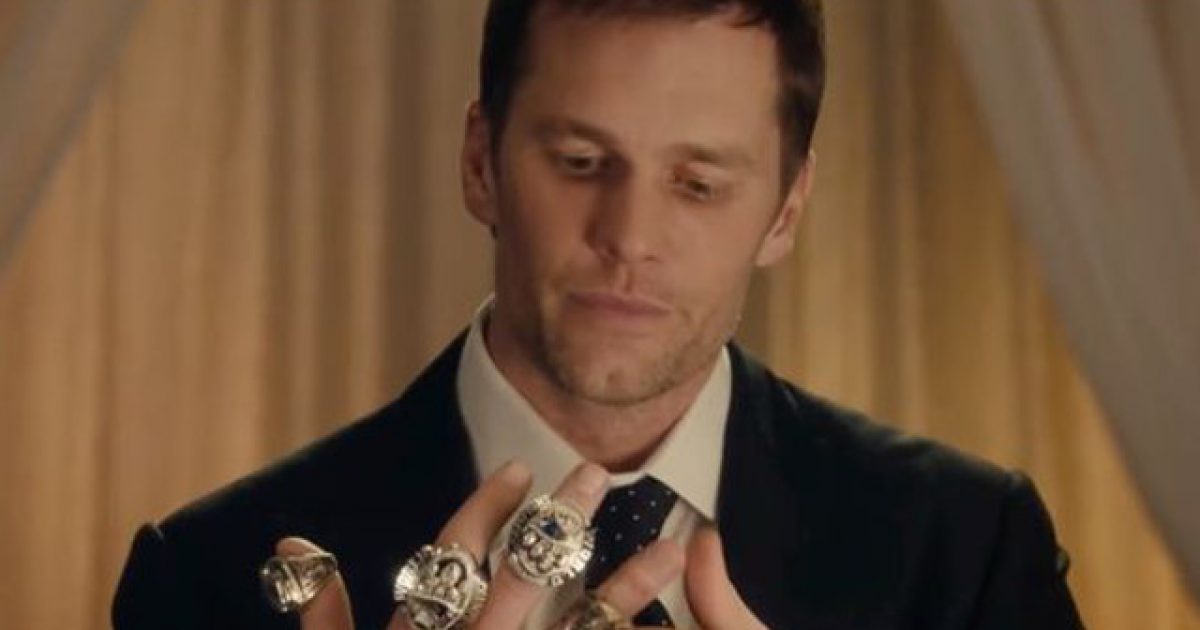 While Super Bowl LIII might have been the most boring championship game in the history of the NFL — and to be honest many of the commercials were lame too — there was one particular ad that was run during the broadcast that might be the greatest one ever produced.

And given the rich history of fantastic ads created over the years, that’s really saying something.

The ad starts normally enough, as all the players and their dates are seated dressed up at various tables. NFL Commissioner Roger Goodell, from the lectern in front, intones, “Welcome to the 100th season of the National Football league.” As the players applaud, Goodell continues, “Tonight is not about the league. It’s about football.”

The camera cuts to Seattle Seahawks running back Marshawn Lynch looking longingly at a huge, many-tiered cake near him that has a golden football on top. Goodell continues, “It’s about the players. The fans,” as Lynch, looking bored and getting more interested in the cake, leans in his chair and starts reaching with his hand to grab a piece of the cake. Goodell continues, “The moment,” just as the chair gives way under Lynch, and his hand grabs the cake, toppling the football from its perch atop the cake. Goodell, oblivious, adds “And everything else, that makes you say —”, but former Indianapolis Colts and Denver Broncos famed quarterback Peyton Manning, seeing the football spinning on the floor in the midst of the tables and sensing what is imminent, mutters, “Oh, boy —” as the camera cuts to former Chicago Bear middle linebacker Mike Singletary whipping of his glasses and yelling, “Fumble!”

A pile-on ensues as players dive for the football, led by Carolina Panthers running back Christian McCaffrey and Los Angeles Rams nose tackle Ndamukong Suh. The ball winds up in the hands of former San Francisco 49ers quarterback Joe Montana. When former Dallas Cowboys star wide receiver Michael Irvin calls to Montana for the ball, Montana grins, “No can do, Cowboy,” then rifles the ball to his favorite target: former 49ers receiver Jerry Rice, only to have the ball intercepted by former star defensive back for the Cowboys Deion Sanders, who takes off with the ball as he runs through tables, only to have former Chicago Bears middle linebacker Brian Urlacher hurtle through the air and send Sanders crashing on top of a table.

Manning finally gets the ball, calling “Go deep,” before zipping the ball across the room to former San Diego Chargers running back Ladainian Tomlinson, prompting former New York Giants defensive end Michael Strahan to say, “You’ve still got it.” The oft-injured Manning, wincing and holding his shoulder, mutters, “That hurt.”

There’s much, much more to the ad, but rather than telling you all about it, how about you see the awesomeness for yourself?

The all-time greatest, most competitive NFL players gathered for the #NFL100 gala. What could possibly go wrong? pic.twitter.com/pvE0fKuSye

The vast majority of the ads this year were just as boring as the game itself, many featuring an obnoxious feminist message so over-the-top you’d swear we traveled back in time before suffrage or something.

It was nice to see at least one well produced, comical, entertaining advertisement who had an entire family audience in mind.

Oh well. Here’s to hoping for a better crop of ads next year.