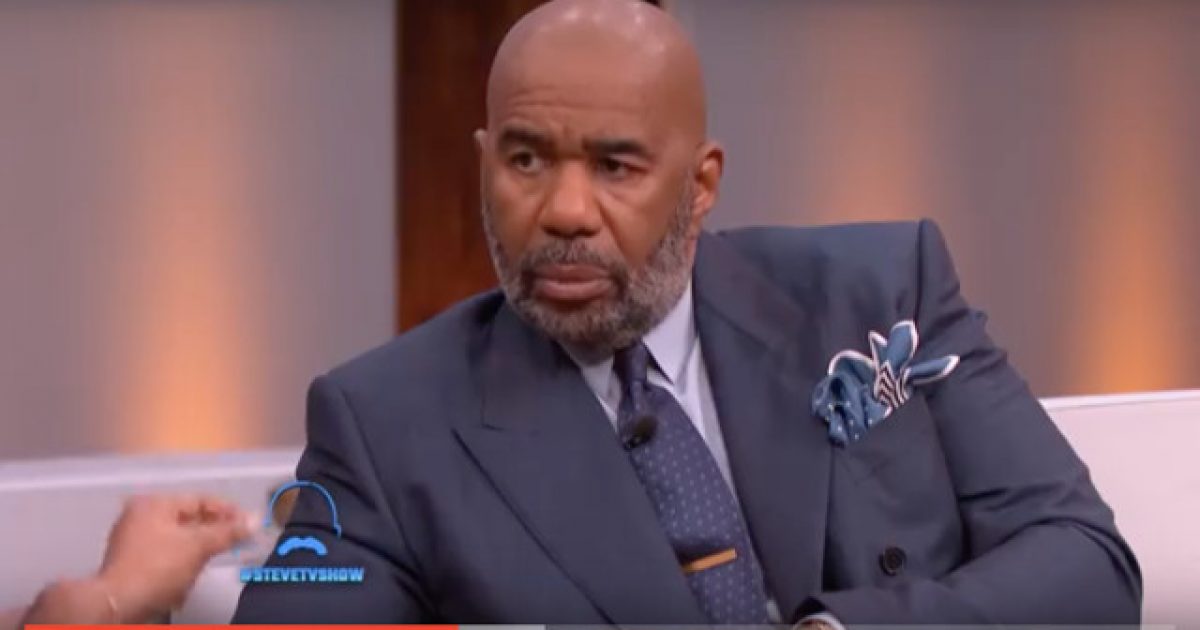 TV host Steve Harvey found himself the object of a lot of hate and scorn, labeled a “sell out” after he encouraged black people to not sabotage their own success.

Because, you know, giving folks actual, tangible good advice to help them get out of the hole is just being a hater. How dare he throw a lifeline to those in need!

“The best thing you can do for poor people is not be one of them,” Harvey told fellow comedian Mo’Nique during a Friday appearance on “The Steve Harvey Show.”

Addressing Mo’Nique’s alleged blacklisting, Harvey criticized the female comedian for “burning too many bridges” when she publicly invited Oprah Winfrey, Tyler Perry, and Lee Daniels to “suck” her “d***,” if she “had one.”

Harvey responded, “But, Mo’: If I crumble, my children crumble, my grandchildren crumble. I cannot, for the sake of my integrity, stand up here and let everyone that’s counting on me crumble so I can make a statement. There are ways to win the war in a different way.”

Mo’Nique reacted by condemning Harvey as a “sell out” to his own people via Instagram, posting a video of Muhammad Ali and a clip of “Roots,” a film about African slaves, with harsh captions directed at the “Family Feud” host.

“I JUST HAD TO REPOST THIS. THIS IS FOR ANYBODY PUTTING MONEY FIRST AND NOT THE LOVE OF YOUR PEOPLE. I LOVE US FOR REAL!!!!!!” reads a caption written by Mo’Nique. The attached video says, “Yall [sic] think Steve Harvey need to hear this,” and showcases Ali saying “money means nothing to me, nor boxing, when it comes to the freedom of your people.”

I JUST HAD TO REPOST THIS. THIS IS FOR ANYBODY PUTTING MONEY FIRST AND NOT THE LOVE OF YOUR PEOPLE. I LOVE US FOR REAL!!!!!!

Here are other people taking offense to Harvey’s statement:

To me, the most disappointing thing Steve Harvey said in that entire exchange was, “the best thing you can do for poor people is not be one of them.” Truly one of those statements you make when you have lost touch.

I understand the philosophy, but what I see happen frequently is the change-the-system-from-within folks, become the system they’re supposedly trying to disrupt. https://t.co/hA9oBK1VC9

Clearly, what Harvey meant was that you can’t help poor people out of the gutter if you’re down in the gutter with them. This is pure common sense. If you want to be of help to others, you have to first be in a position to provide that help.

In order to do that, you have to work harder than the next guy and make something of yourself. Once you’re in a good place, you can reach back down and pull others up to where you are. You can provide opportunities for folks that wouldn’t be there otherwise.

It’s not rocket science, yet here we are, actually debating this topic. Come on now.