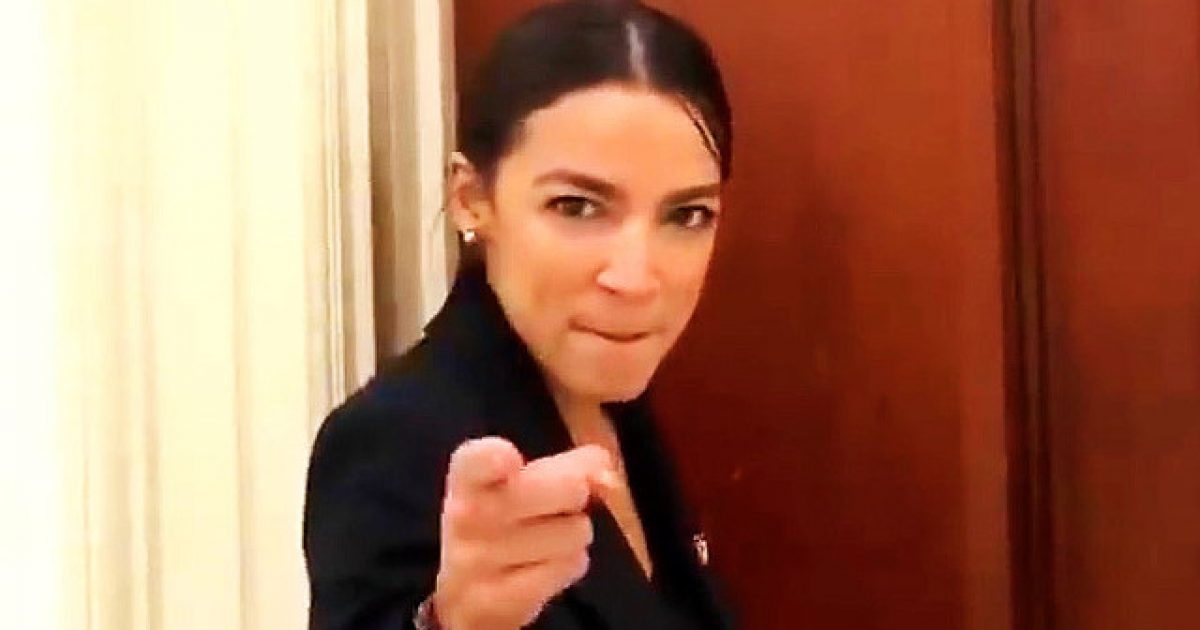 Democratic socialist Rep. Alexandria Ocasio-Cortez released her “Green New Deal” plan yesterday and it’s even more atrocious than you probably thought it would be.

It’s a laundry list of practically every radical left-wing ideological talking point designed to transform America into a socialist nightmare.

The freshman representative wants to eliminate fossil fuels in ten years, replace airplanes with high-speed trains, get rid of farting cows — yes, farting cows — provide every American with a job and a wage, and give financial security to those “unwilling to work.”

Initially she stated this would not take massive government intrusion. Now she’s attempting to save face and say the exact opposite.

During an interview on MSNBC, Ocasio-Cortez criticized the political Right, saying that the Right was trying to “mischaracterize” her plan.

Yet this morning, during a radio interview with NPR, Ocasio-Cortez said the exact opposite.

“As you know, congresswoman, one reason that people who are politically conservative are skeptical of efforts to combat climate change is that it sounds to them like it requires massive government intervention which they just don’t like,” host Steve Inskeep said. “Are you prepared to put on the table that yes, they’re actually right, what this requires is massive government intervention?”

“It does,” Ocasio-Cortez said. “It does. Yeah, I have no problem saying that.”

AOC tonight: “One way the Right tries to mischaracterize what we’re doing as though it’s like some kind of massive government takeover…obviously it’s not”

AOC this morning on if her plan requires “massive government intervention”: “It does…Yeah, I have no problem saying that” pic.twitter.com/IDRpeLIrwg

This woman is truly a candidate for the funny farm. No one who is sane and in their right mind would craft such a horrific nightmare of a plan, one that is so bad that even Nancy Pelosi dismisses it right off the bat.

How does one even begin to rip something like the Green New Deal to pieces? There’s so much bad about it, it would be easier to just burn it.