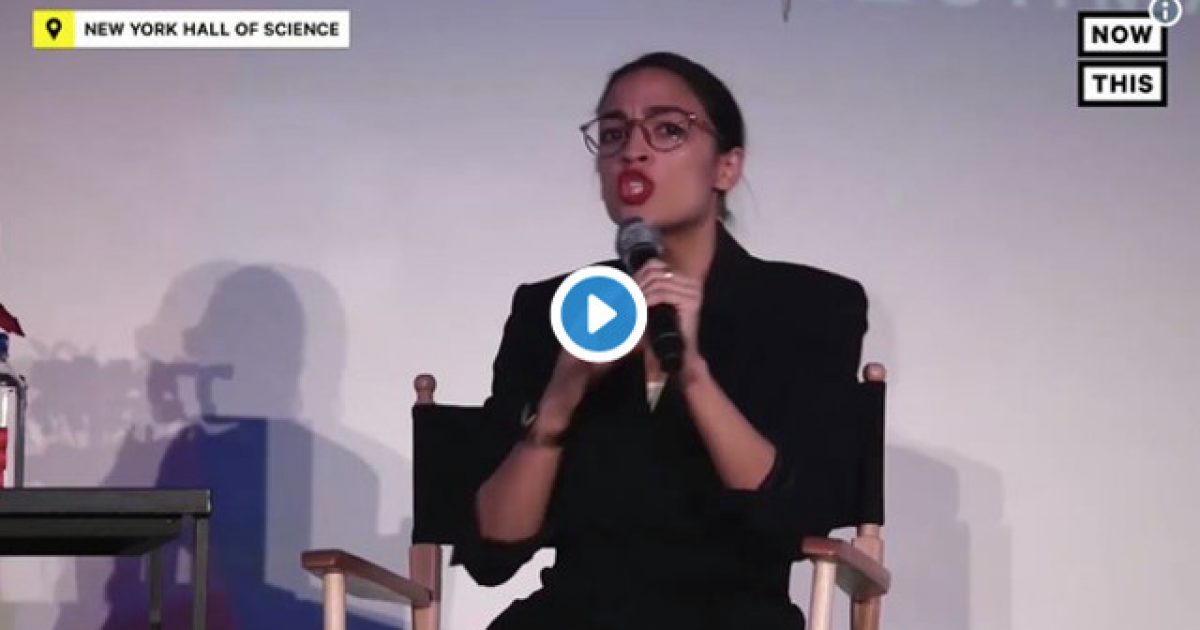 Rep. Alexandria Ocasio-Cortez continues to be the hot topic of conversation, this time for apparently channeling the infamous “Cash me outside” girl, Danielle Bregoli, from Dr. Phil when she gave a talk at the “Girls Who Code” event in New York City.

During the talk, the 29-year-old politician slammed critics who raise serious concerns about her “Green New Deal,” saying that people are just being critical over “little minute thing[s].”

“So people are like, ‘Oh it’s unrealistic. Oh it’s vague. Oh it doesn’t address this little minute thing,'” Ocasio-Cortez continued. “And I’m like, ‘You try. You do it. Cuz you’re not. Cuz you’re not. So, until you do it, I’m the boss.’ How bout that?”

The clip reminded many of Danielle Bregoli, who several years ago became famous after her “cash me outside” moment on Dr. Phil.

Is AOC really that desperate to earn a little “street cred?” There’s so much cringe here it almost makes you want to bury your head in a hole in the ground with embarrassment for her.

This is what we have to look forward to with her being the “future of the Democratic Party. Blech.