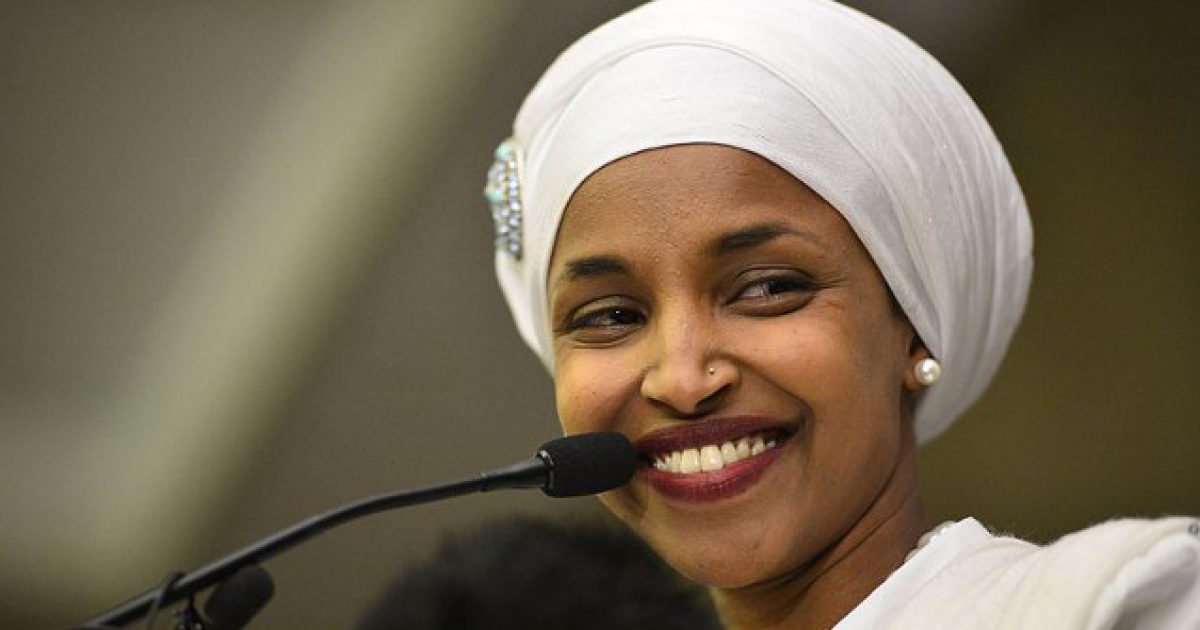 Rep. Ilhan Omar, who has gained a lot of notoriety on the political scene lately due in large part to the fact she seems to have an anti-Semitic streak running through her, is about to become famous for another absurd reason.

She’s proposing a 90 percent tax rate in order to help Democrats find a way to pay for multi-trillion dollar programs her party continues to propose.

Omar made the remarks during an interview on Yahoo News’ “Through Her Eyes” with women’s rights activist Zainab Salbi.

“There are a few things that we can do,” Omar said. “One of them, is that we can increase the taxes that people are paying who are the extremely wealthy in our communities. So, 70 percent, 80 percent, we’ve had it as high as 90 percent. So, that’s a place we can start.”

“The one percent must pay their fair share,” Omar continued.

Omar also lamented the massive increase in defense spending that happened after 9/11, saying, “most of the money that we have in there is much more than with we spend on education, on healthcare.”

Rep. Ilhan Omar (D-MN) calls for government to raise taxes up to “90%” on the top 1% to pay for the multi-trillion dollar programs Democrats want

Omar says “that’s a place we can start”

It’s not only conservatives who are coming out against the wackiness being proposed by Alexandria Ocasio-Cortez and Ilhan Omar.

Former New York Mayor Michael Bloomberg took a jab at the new school radicals in his party saying the “Green New Deal” is not “realistic.”

Bloomberg noted that Medicare-For-All “would bankrupt us for a very long time.”

When someone like Bloomberg gets it, then that means this whole thing is a really, really bad idea. It does not take a genius in mathematics to clearly see that a tax rate of this enormity is absolutely unsustainable.

Omar has become a notorious figure in her first few weeks in Congress, having made anti-Semitic statements, experimented with joining the tinfoil hat brigade by spreading homophobic conspiracy theories about a GOP senator, and came to the defense of a hate group.

That pretty much sums up why no one in their right mind should support this woman or her obscene tax rate.