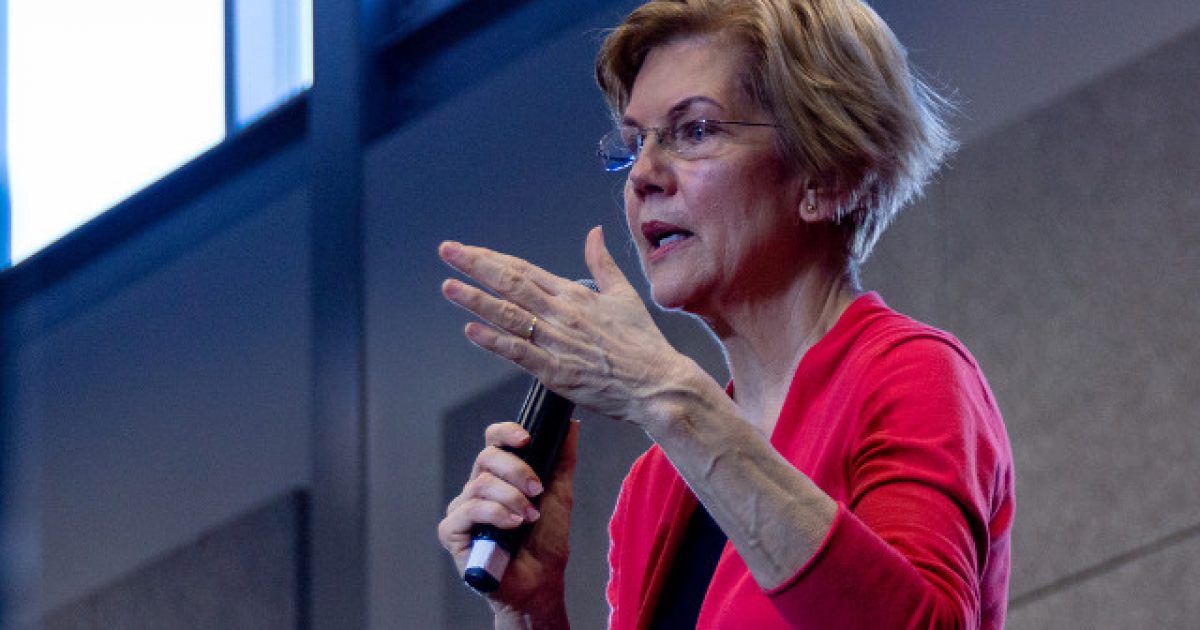 Sen. Elizabeth Warren, who just recently announced she was running for president in 2020, was left shook after a heckler approached her at a town hall event held over the weekend in Lawrenceville, Georgia.

The man asked Warren why she lied, referring to the whole Native American heritage debacle, a failure of such high magnitude that it may single-handedly destroy her chances of ever getting into the White House.

The man shouted at Warren: “Why did you lie?”

“Hold on,” Warren responded. “We’ll get to lots of policy, I promise. Okay?”

As the man continued to shout, Warren’s voice crackled as she responded: “Be easy! Be easy!”

The man, who was escorted out of the building, was reportedly holding a sign that read ‘1/2020,’ which referenced Warren’s disastrous DNA test.

Warren’s DNA test showed that she was potentially between 1/64th and 1/1024th Mexican, Colombian, or Peruvian.

Here is some of the evidence that proves Warren claimed to be Native American and used that status to help further her career.

Here is the form Elizabeth Warren filled out for the State Bar of Texas claiming American Indian heritage. pic.twitter.com/VwHifS7BCL

“Warren filled out the card by hand in neat blue ink and signed it,” The Washington Post reported. “Dated April 1986, it is the first document to surface showing Warren making the claim in her own handwriting. Her office didn’t dispute its authenticity.”

“The Texas bar registration card is significant, among other reasons, because it removes any doubt that Warren directly claimed the identity,” the Post added. “In other instances, Warren has declined to say whether she or an assistant filled out forms.”

Someone who lies like Warren does and then uses that lie to get ahead in the world is not fit to sit in the Oval Office. It really seems at this point she doesn’t have a chance, yet she’s successfully deluded herself so well she’s giving it a go anyway.

Well, guess she’s tenacious when it comes to her personal goals.